The site on Fabrikstrasse is emblematic of the clash of two seemingly contradictory neighborhoods: small-scale residential buildings of the early 20th century, row houses of the 1950s, up to high-rise residential buildings of the 1960s to 1970s. On the other hand, there is an industrial and commercial area that has gradually developed from the brick factories along Binningerstrasse, and which today faces a promising future as a lively, urban and mixed-use quarter.

Simple but precisely placed buildings form the framework of the urban form. A seven-story front building on Fabrikstrasse with commercial space on the first floor and apartments on the upper floors forms the prelude. Two four-story, mirror-symmetrical courtyard houses complete the ensemble. The two house types are structurally related, but designed differently. Projections and recesses in the building bodies structure the facades. Thus, a head situation is formed towards Binningerstrasse, which is emphasized by a double-story corner window and an elevated roof structure. This urban architectural gesture gives the building a clear orientation and allows it to enter into a dialogue with Binningerstrasse. The urban setting creates a valuable, multifunctional and green courtyard space between the buildings. A layer of green pergolas in front of the buildings acts as a filter between the privacy of the apartments and the spatial proximity of the courtyard. As an outdoor space protected from the street, it is a place of neighborly exchange, a place for chance encounters, but also a place of retreat.

Following the simple structure, the apartments are built in layers. The layer facing the courtyard contains, in addition to the entrance areas, the private outdoor space designed as an arbor and separated from the staircase by a metal element. The middle layer contains the kitchens – the heart of the apartments – as well as the sanitary rooms. The outer layer is formed by the rooms, which are equipped with French windows facing the street and a continuous balcony layer. The layers can be interconnected as needed by opening and closing doors or windows. This creates a variety of different spatial conditions and uses. The room located next to the kitchen can be either connected to the living area or used as a separate room with the help of generous double doors. This spatial configuration combines the qualities of living through with the flexibility of an additional room and gives the apartments great adaptability to changing needs of users. 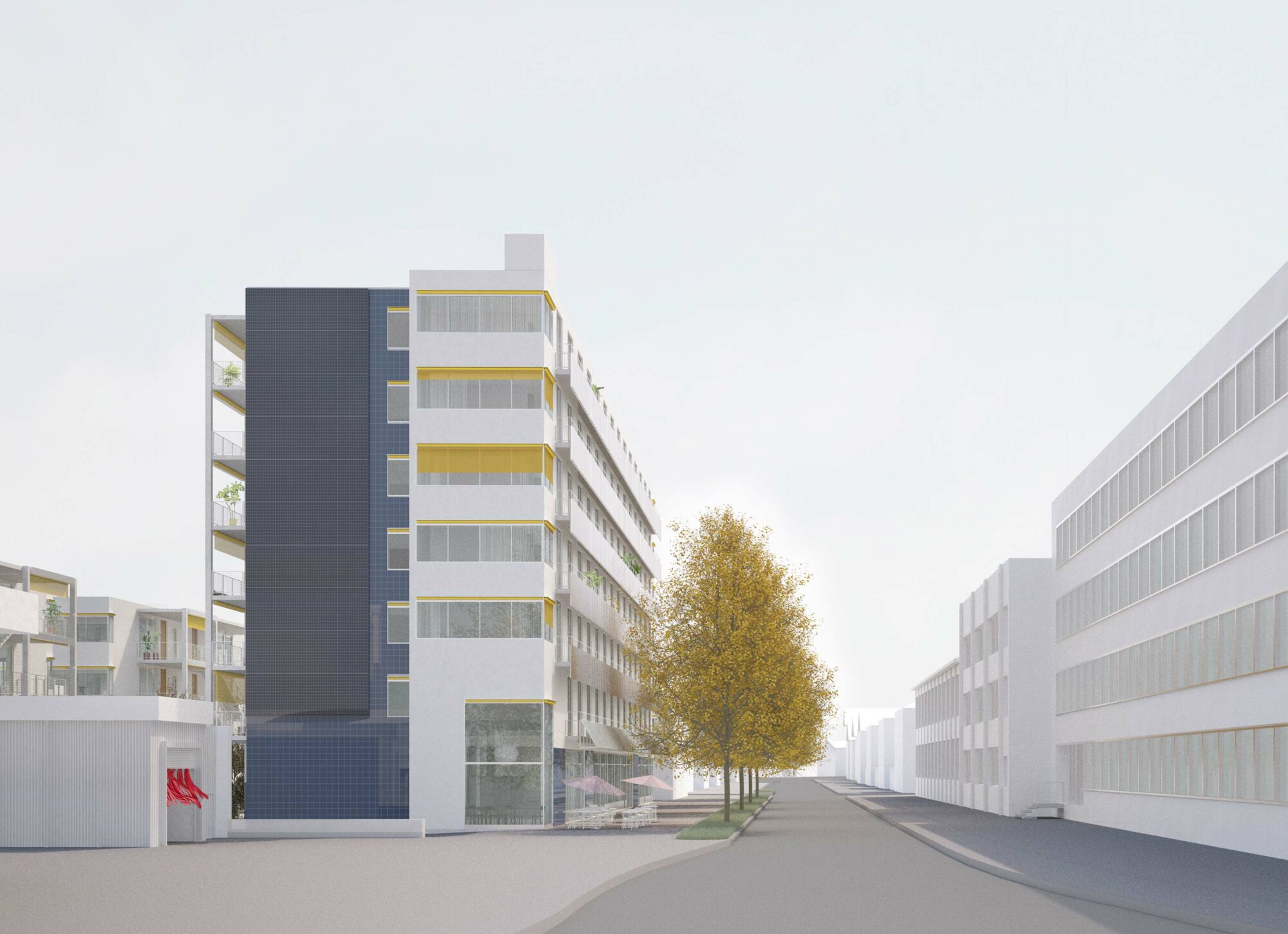 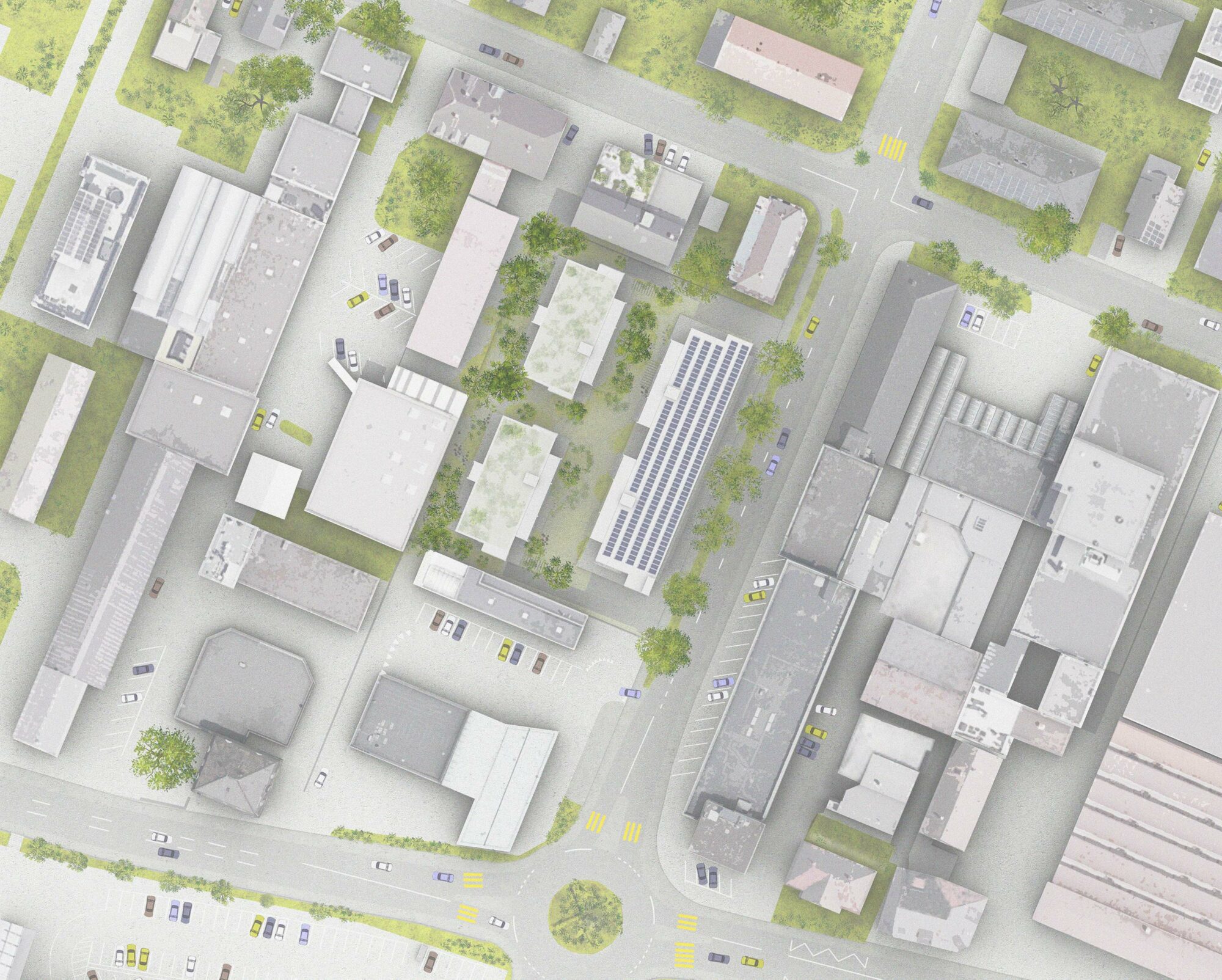 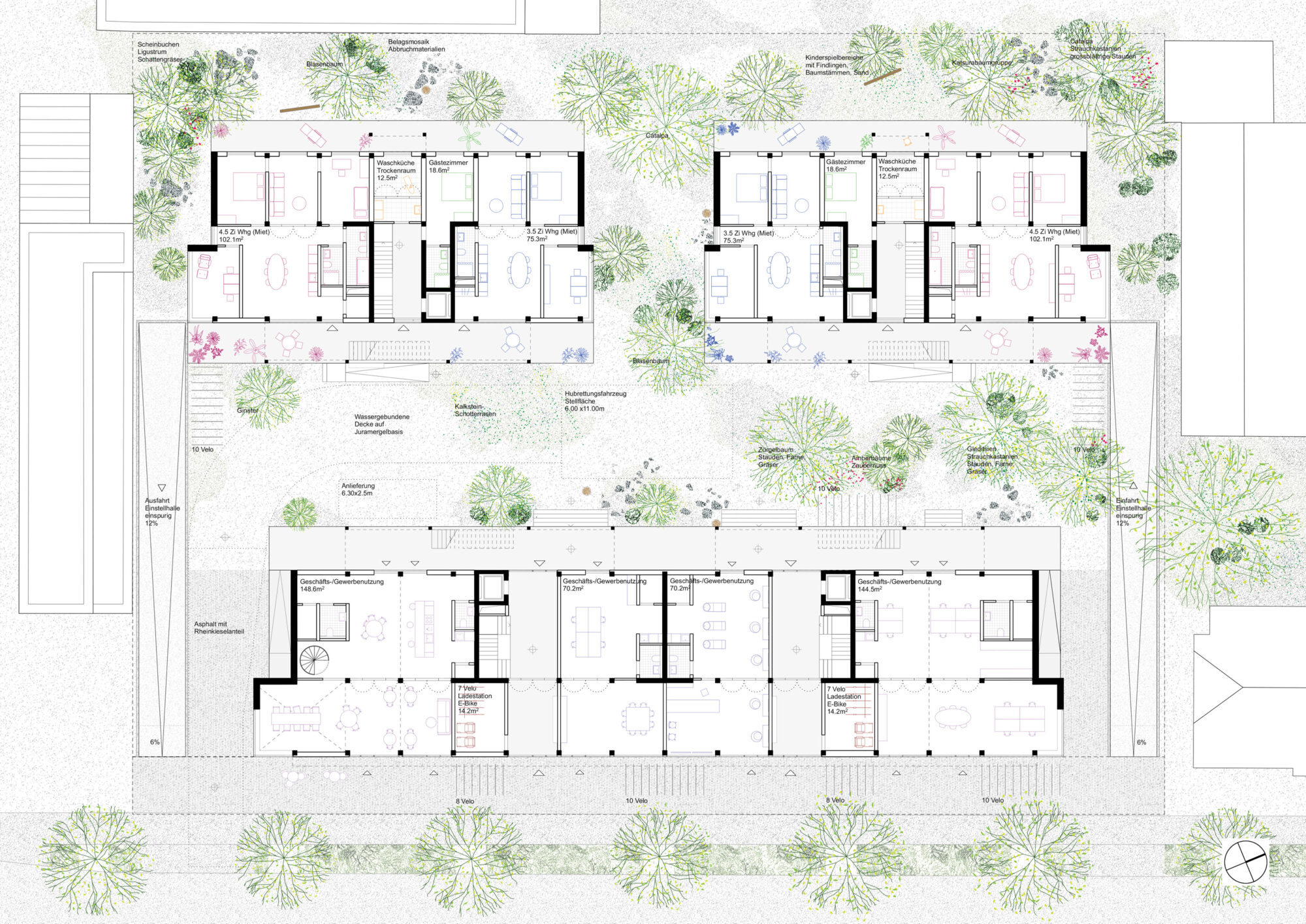 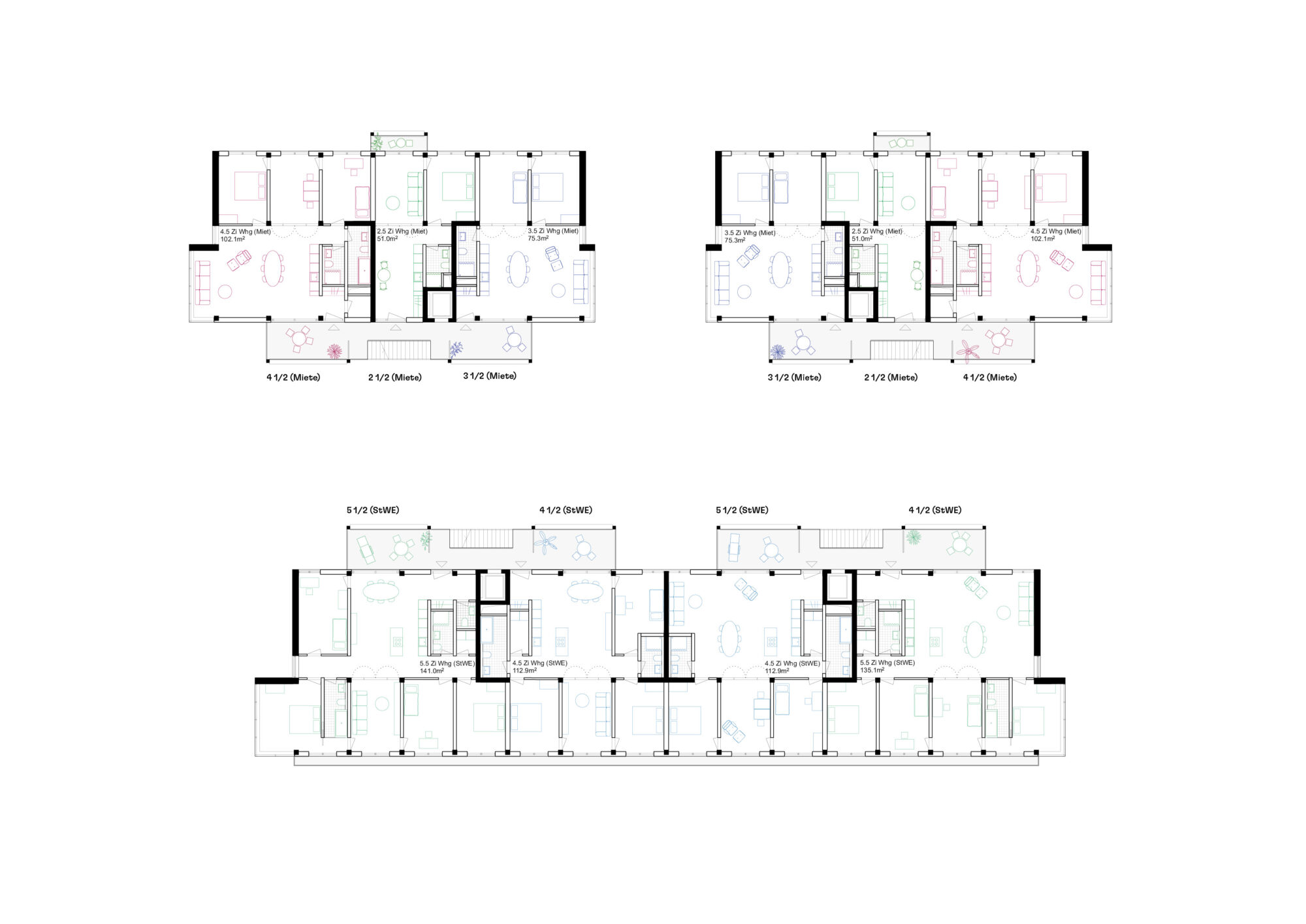 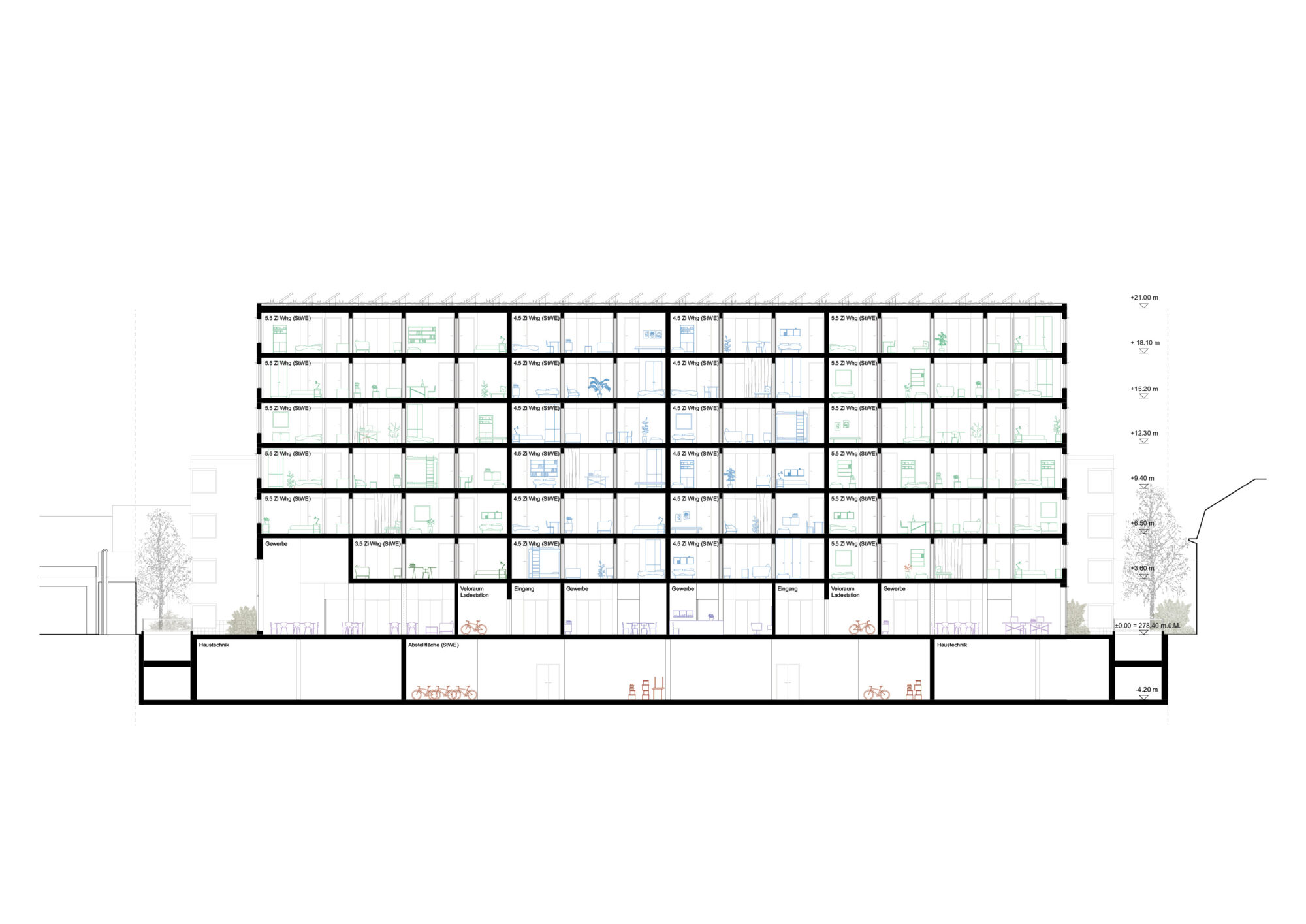 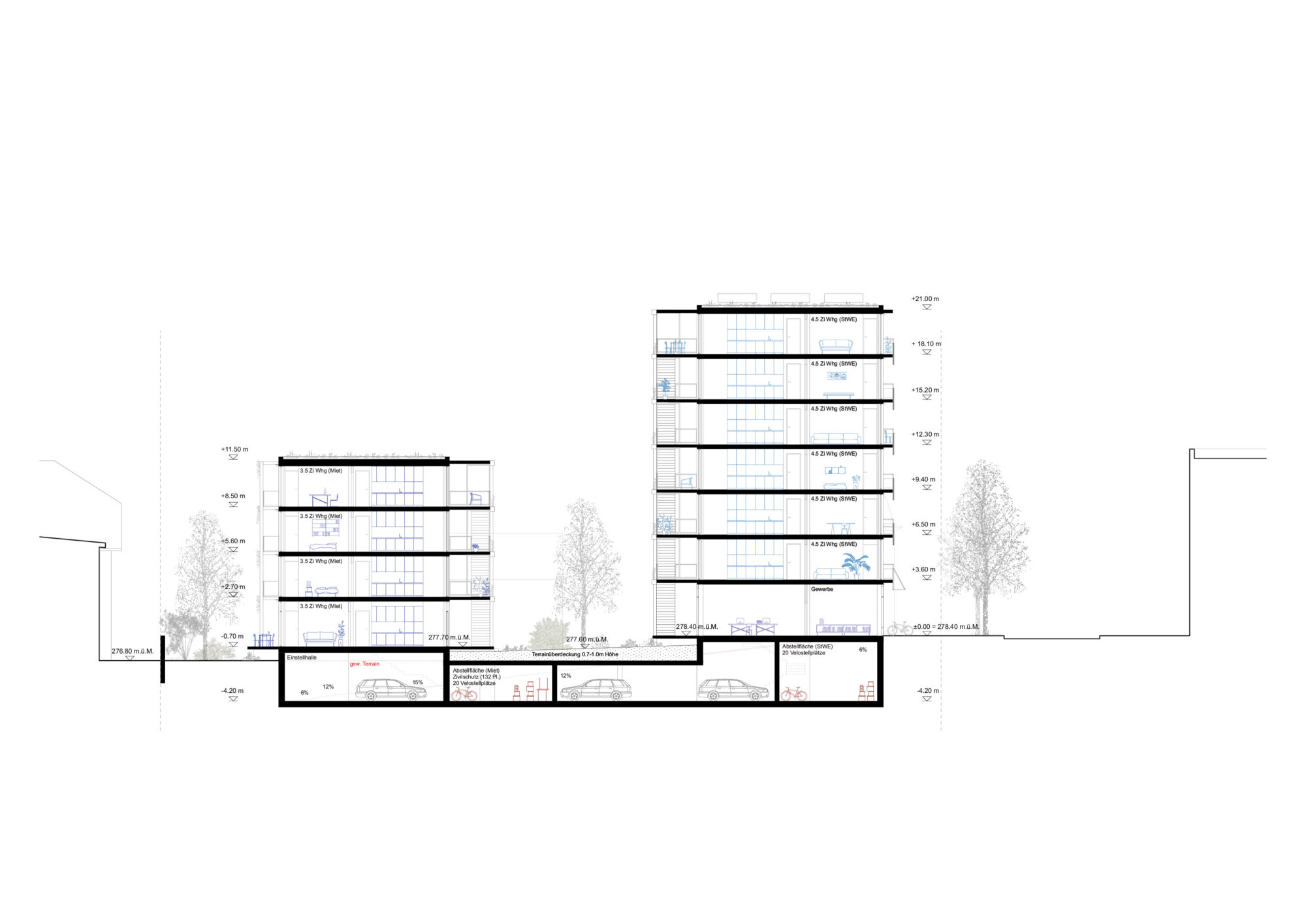 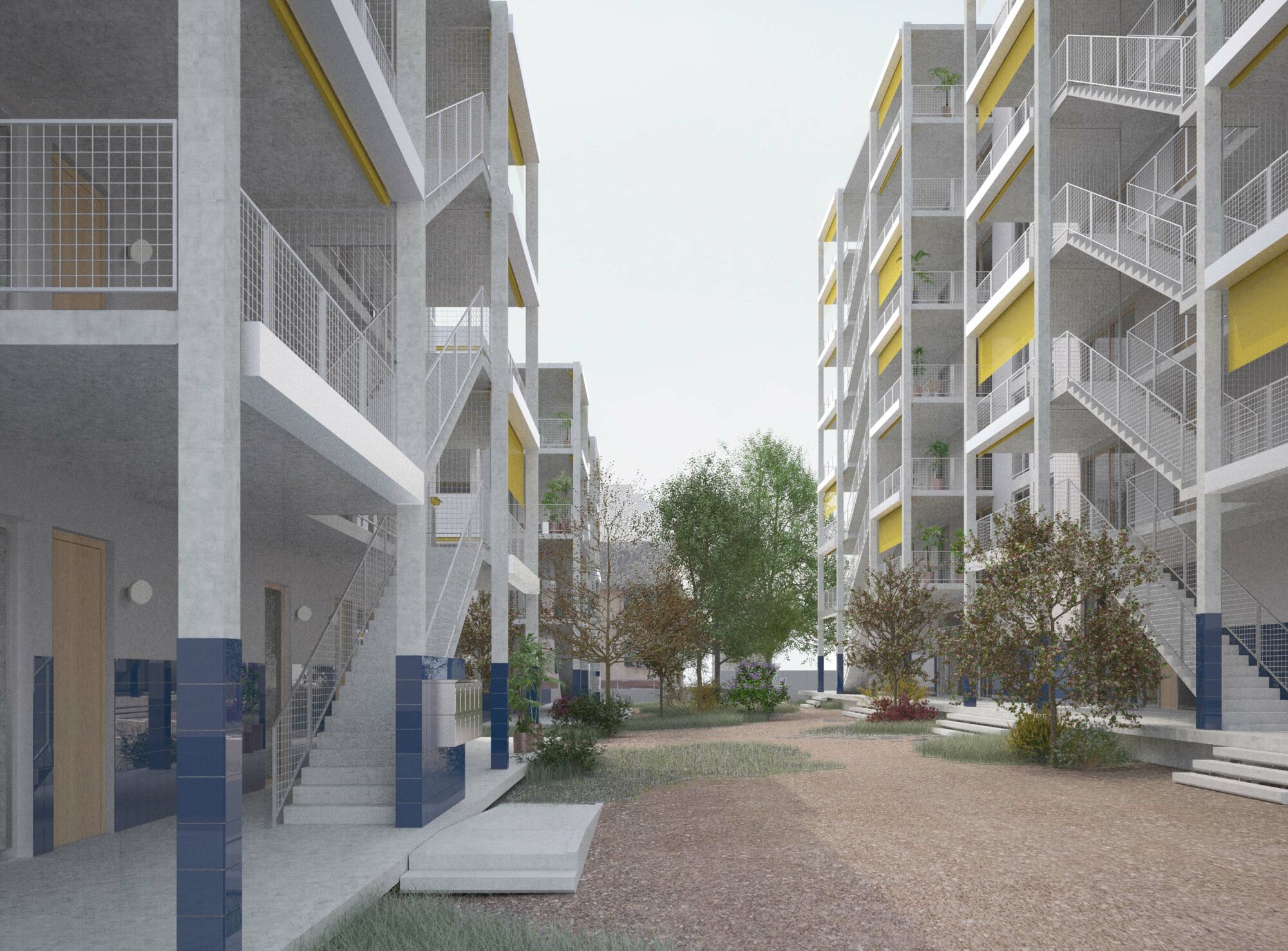 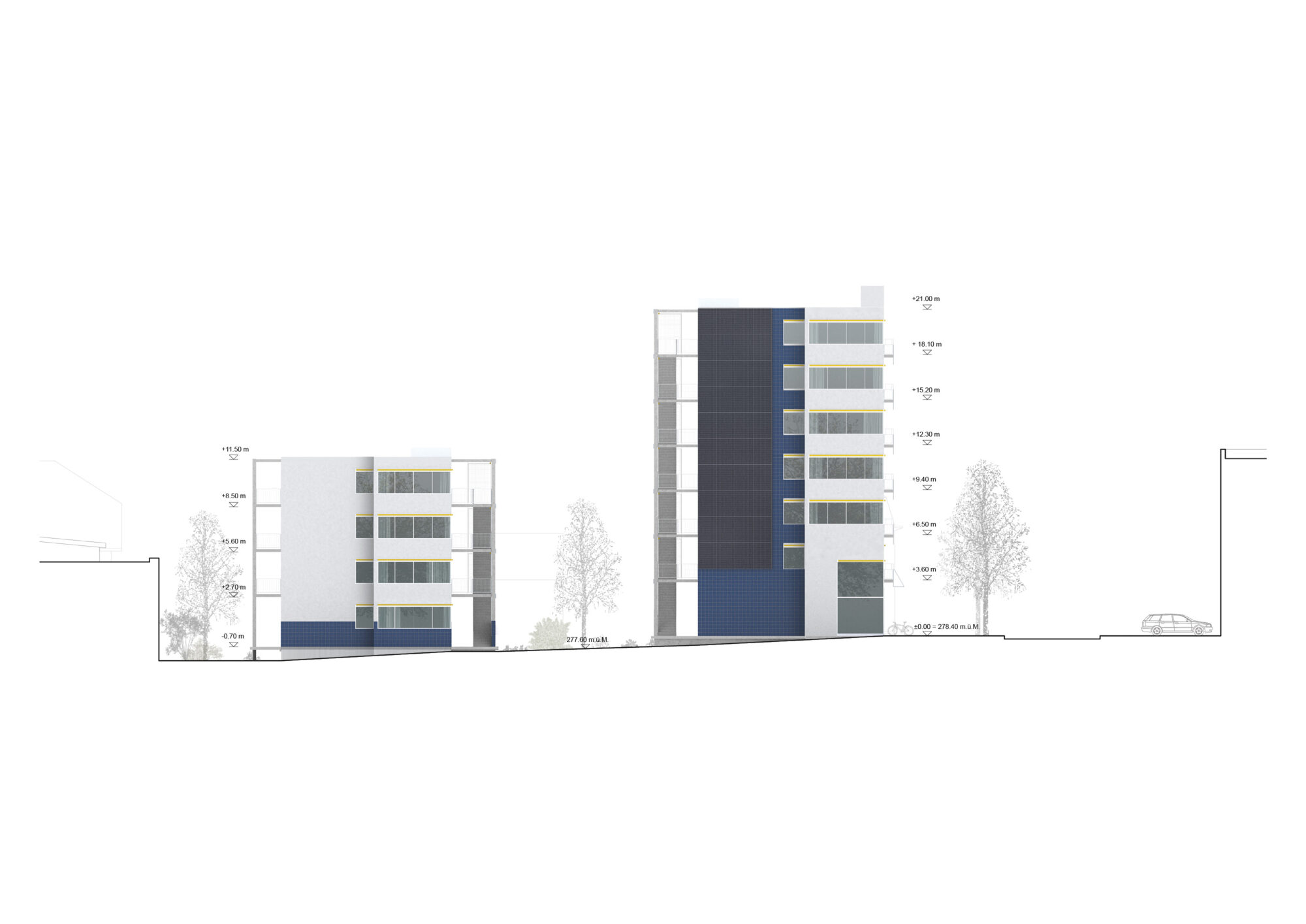 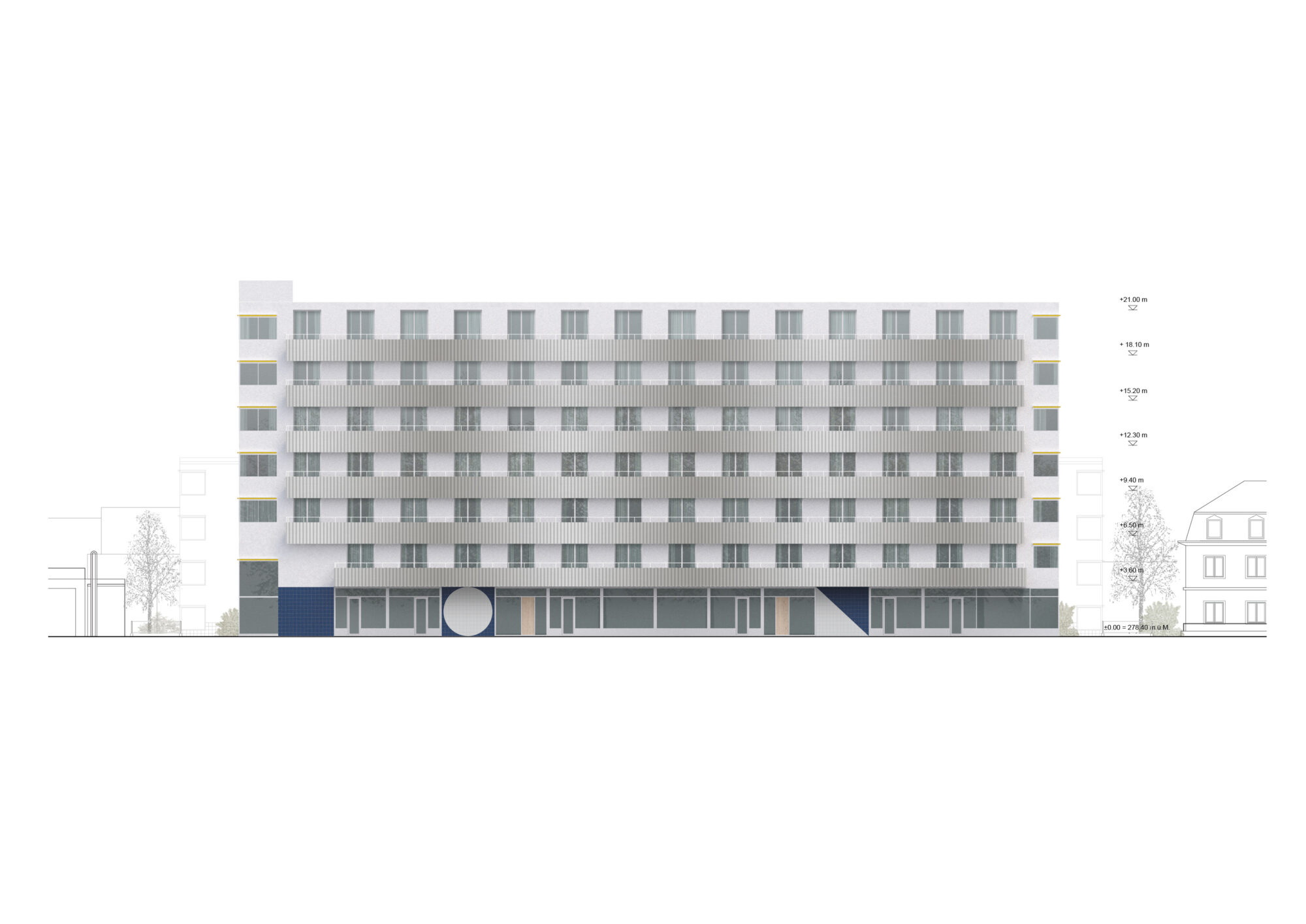 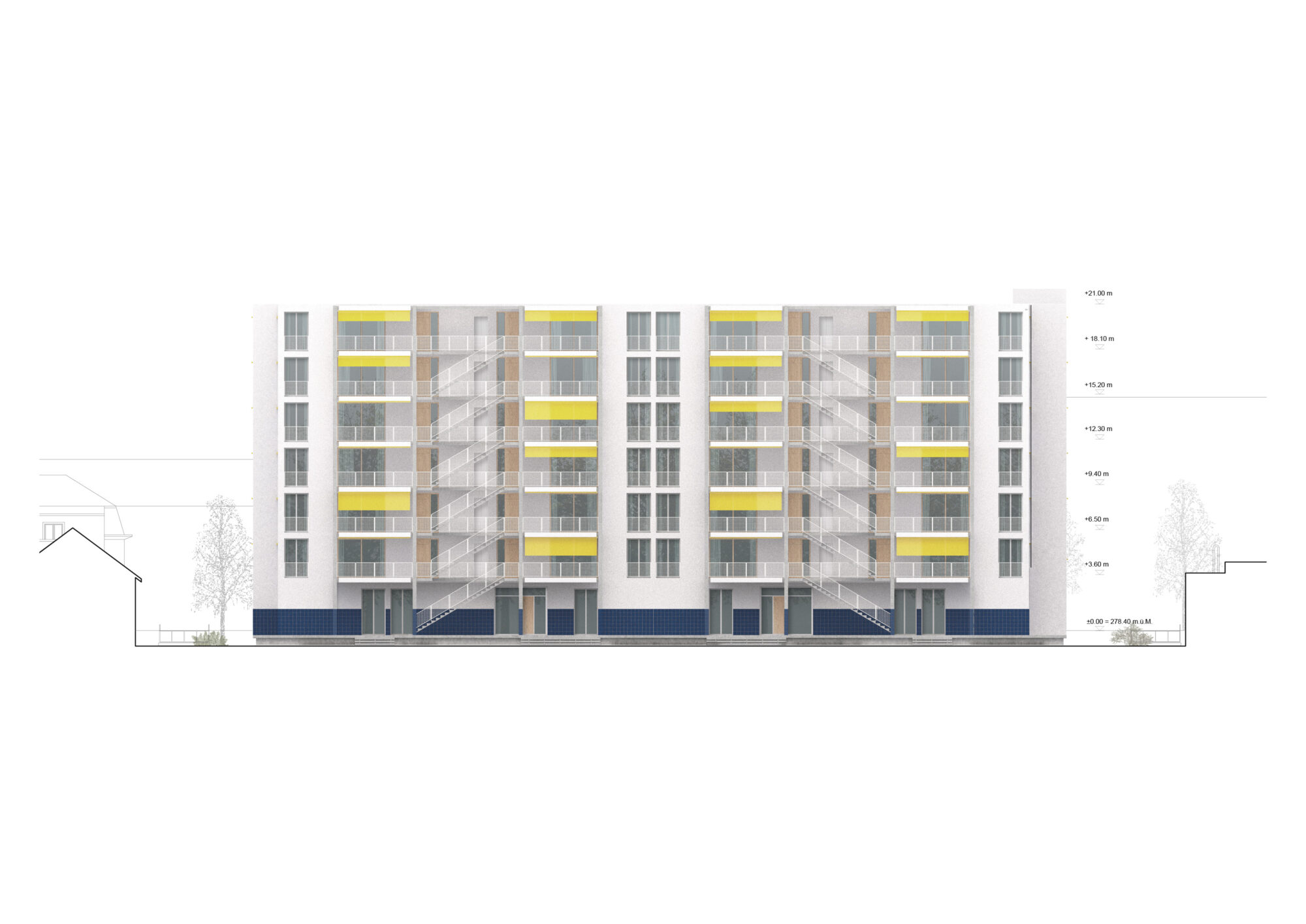 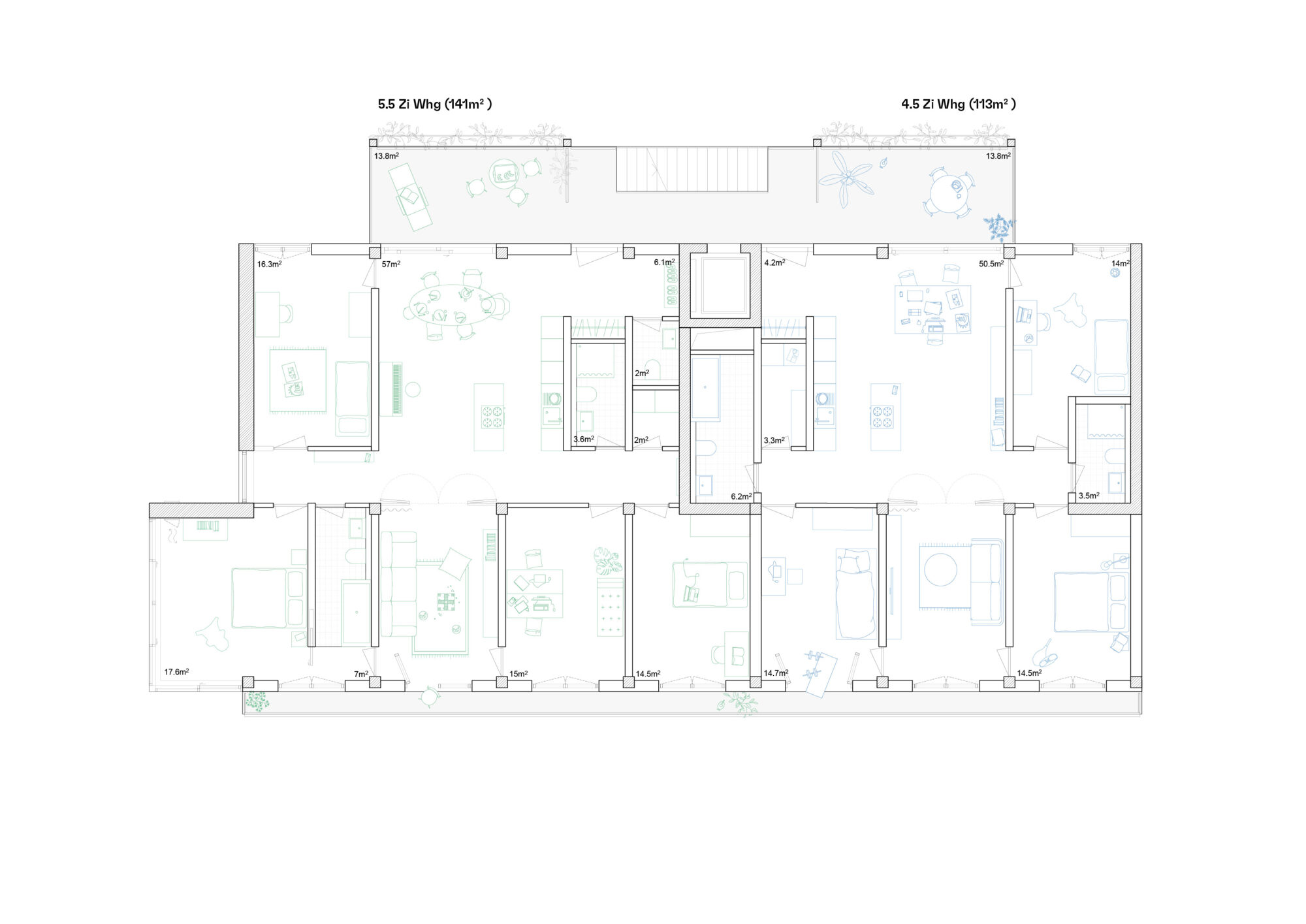 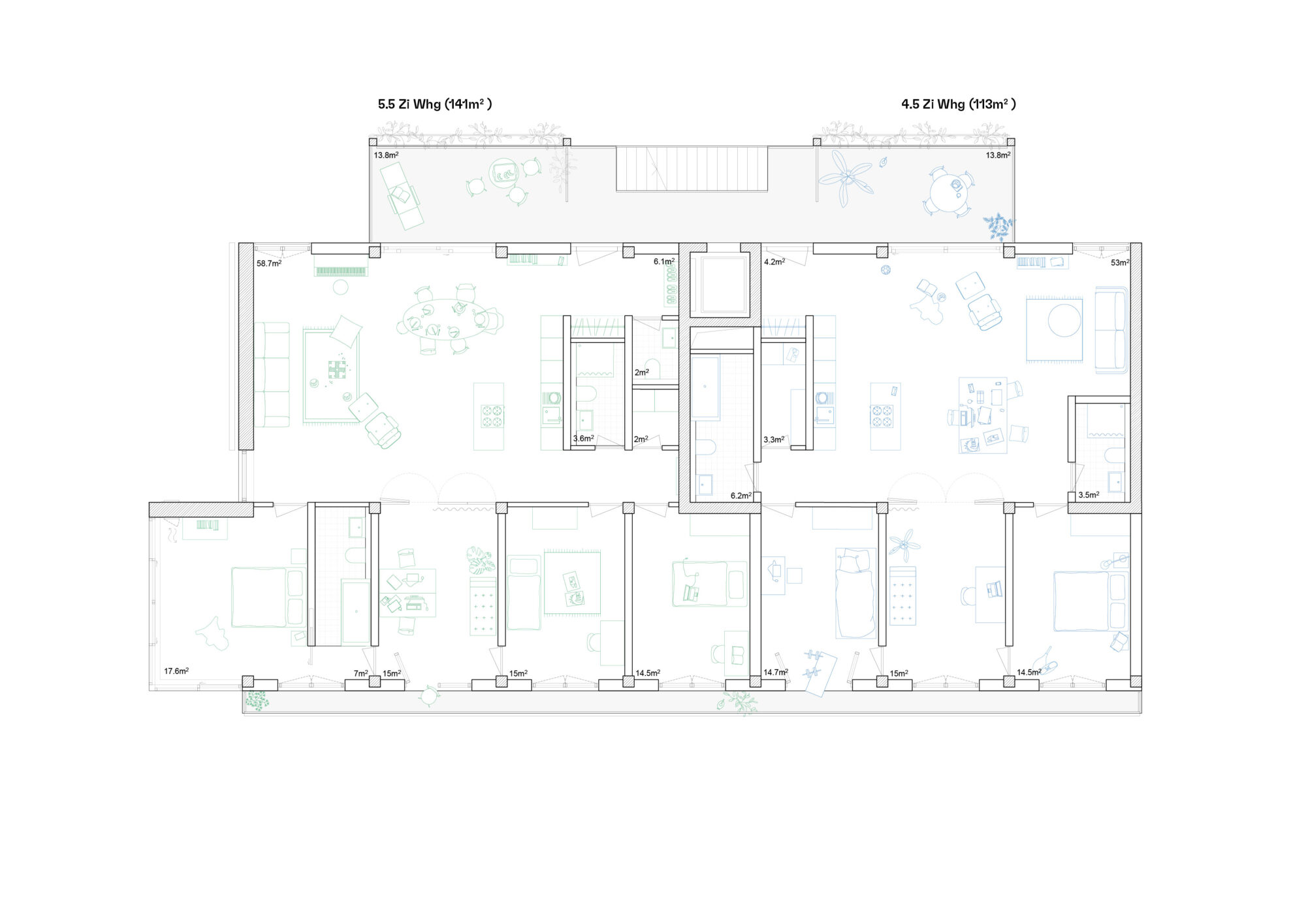 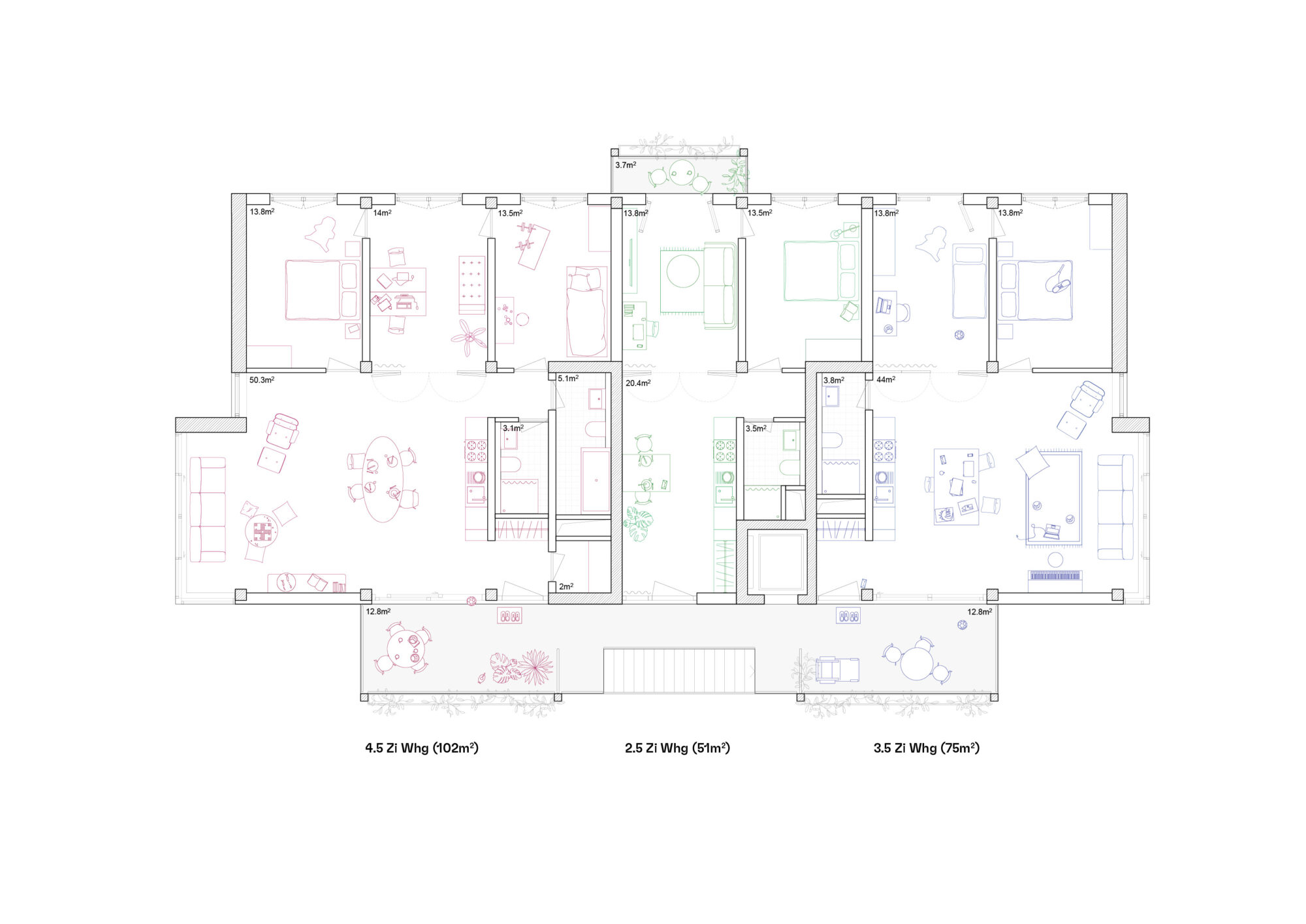 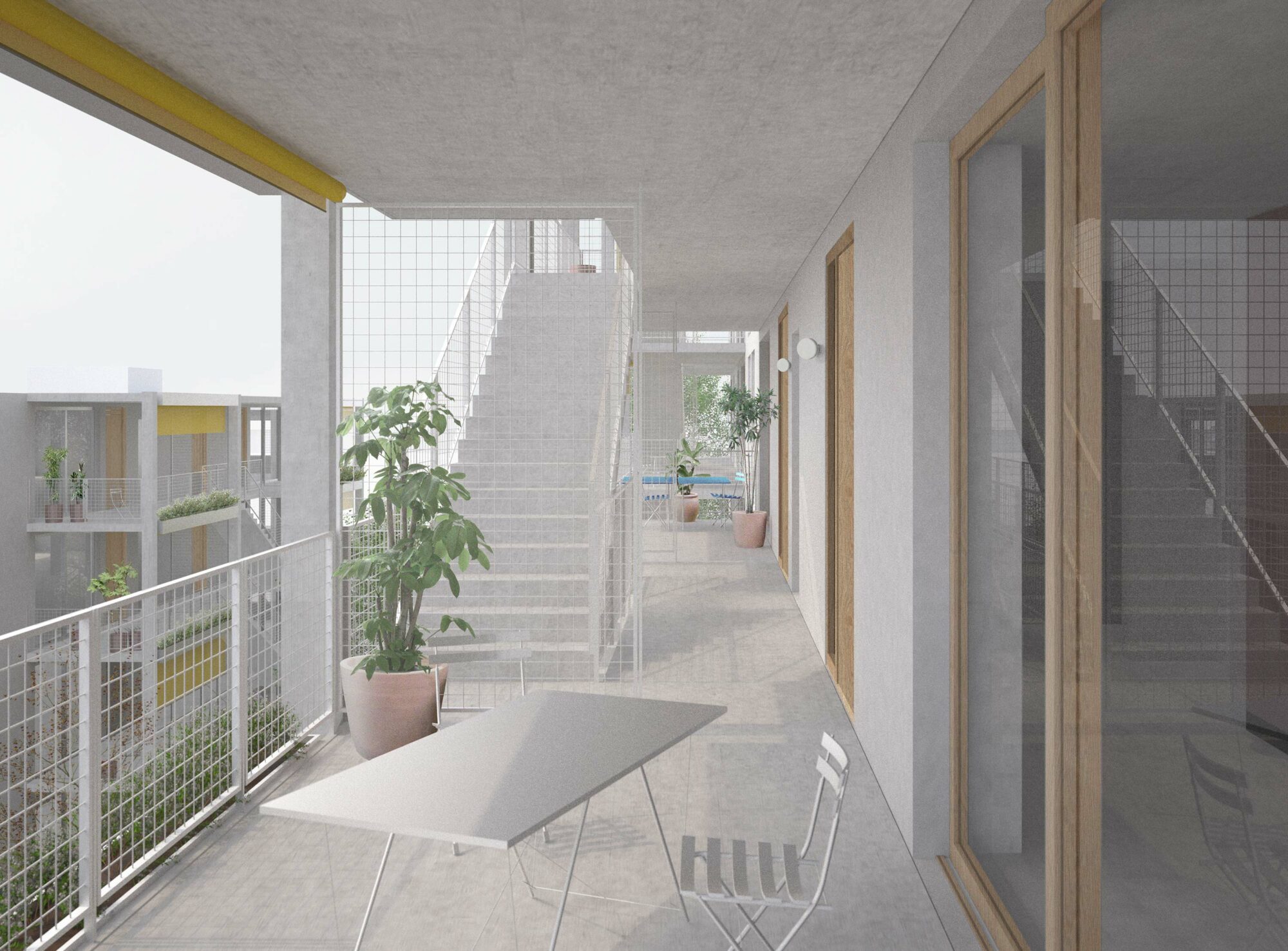 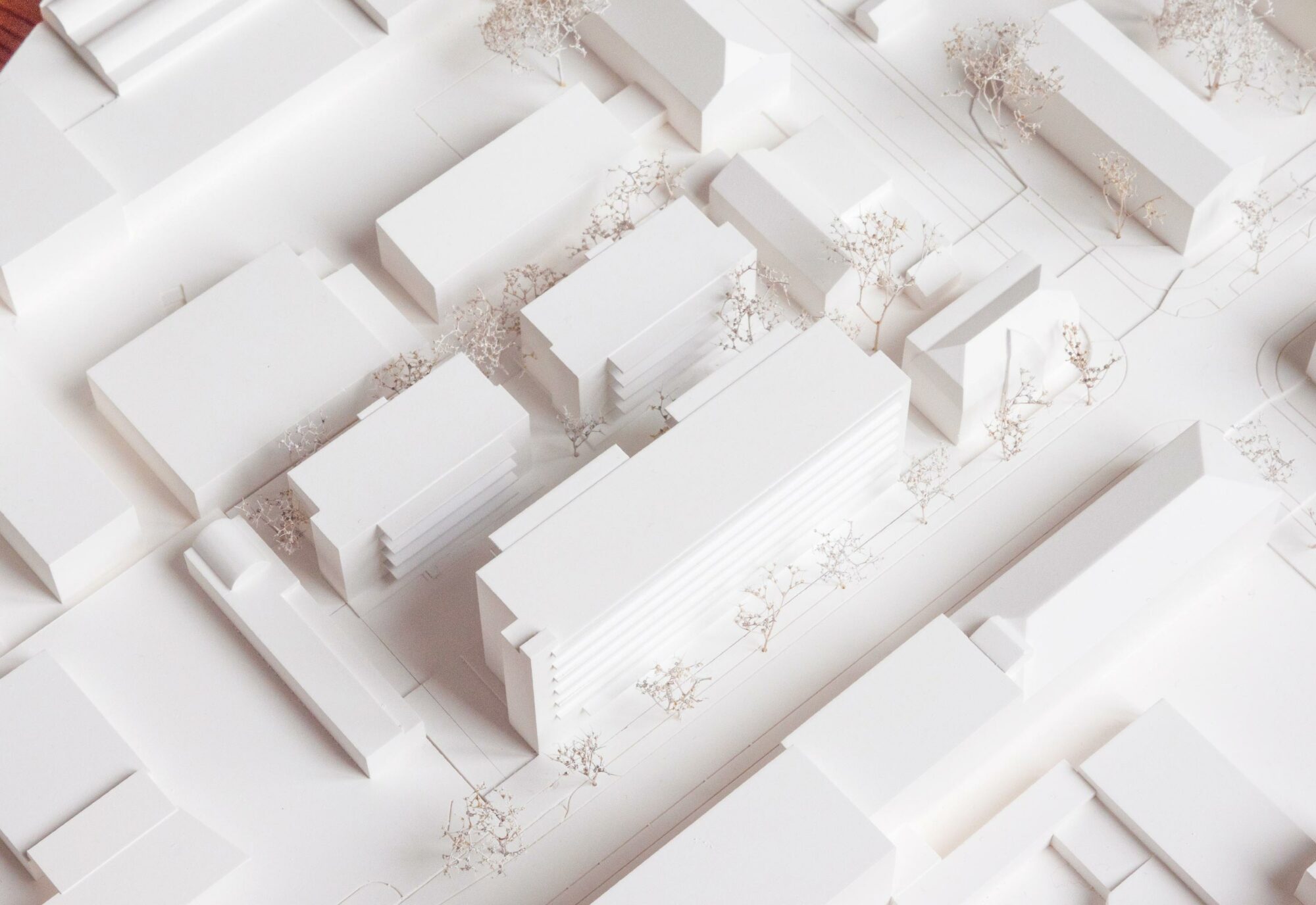