“For this is the secret of the city: that many wanted something different and that they created something uniform. Even with divergent wills of the individuals, the technical, social and economic conditions resulted in a basic measure, on the basis of which the variety forms precisely the instrumentation. In contrast, after the disappearance of this common basis, our streets look boring where they are uniform, chaotic where they are individually built.

Therefore, the preservation of the old town character is not a style or adaptation problem, but a question of use. […] You can only preserve an old town by preserving the life in it. […] It is preserved and maintained only through use, and use lasts only as long as we create conditions that are appropriate for it. This requires measures in terms of building law and traffic, and in the extreme case, financial policy. A careful study of the situation and a bold design must show the old town the way of historical existence between conservation and extinction.”

In his 1961 text on Basel’s Old Town, Lucius Burckhardt argues for a renewed understanding of monument protection, in which the focus is not exclusively on the Old Town as a built monument worthy of protection in terms of architectural history, but above all on its living use as an important criterion for its continued existence as part of contemporary society.

We ask ourselves how the relevance of a courthouse can be represented in a contemporary way with the new main entrance, in order to make its use vividly visible to the public, and to fit naturally, but also confidently, into the evolved structure of the old town. The complex of courthouses is already characterized today by four, partly overheight, entrance doors. In order to exist in this sequence, we are convinced that a clear gesture is needed that is naturally recognized as the new main entrance.

The project tries to find a balance between clear address formation for the new main entrance and integration into the existing logic of the two historic courthouses. To achieve this, the entrance area will be overheight, but its width will follow the existing window grid of Bäumleingasse 1. The recessed side axis is thereby read as a “joint” between Bäumleingasse 1 and Bäumleingasse 3, the vertical extension of which is supported by the proportion of the new entrance opening, and strengthens the demarcation of the two courthouse buildings as independent units.

The design of the entrance door is organized over 2 layers. On the outside, there is a large-format, double-leaf wooden door that is closed outside opening hours. During opening hours, both wings are opened, and remain open. Despite their simplicity, they have a similar presence to the pilasters and double columns that frame the existing entrances. As a welcoming gesture, the entryway expands into the street space, evoking an appearance between a sacred church door and simple shutters. We like the idea that this door opens anew every morning, and the building visibly welcomes a new day.

The actual entrance door is located behind it, and is designed as a glazed steel door with maximum transparency. The opening is provided with filigree frames, and allows the greatest possible view and illumination of the entrance foyer behind it.

As an organ of jurisdiction, the court protects the constitutionally given rights of Basel’s citizens. Entering a courthouse should represent the dignity of the court and materialize a concept of law. Under these conditions, not only in the expression to the city, but also in the interior of the entrance foyer, a spatial gesture is needed that does justice to the significance of its use. We therefore propose that the storey ceiling in the entrance foyer be removed and a two-storey entrance hall be formed. This not only allows a dignified arrival at the courthouse, but at the same time allows a visual connection to the first floor of Bäumleingasse 3 through an interior window. A relatively small intervention, but one that significantly improves orientation and also the hierarchy of access.

The actually representative “first floor” of the courts is located on the first floor level of Bäumleingasse 3. The barrier-free access at the new main entrance has the consequence that the court complex will be accessed through the floor below in the future. The visual relationship to the upper floor conveys the logic of the building sequence to visitors in a simple way, and relates it directly to the access level of the former main entrance. 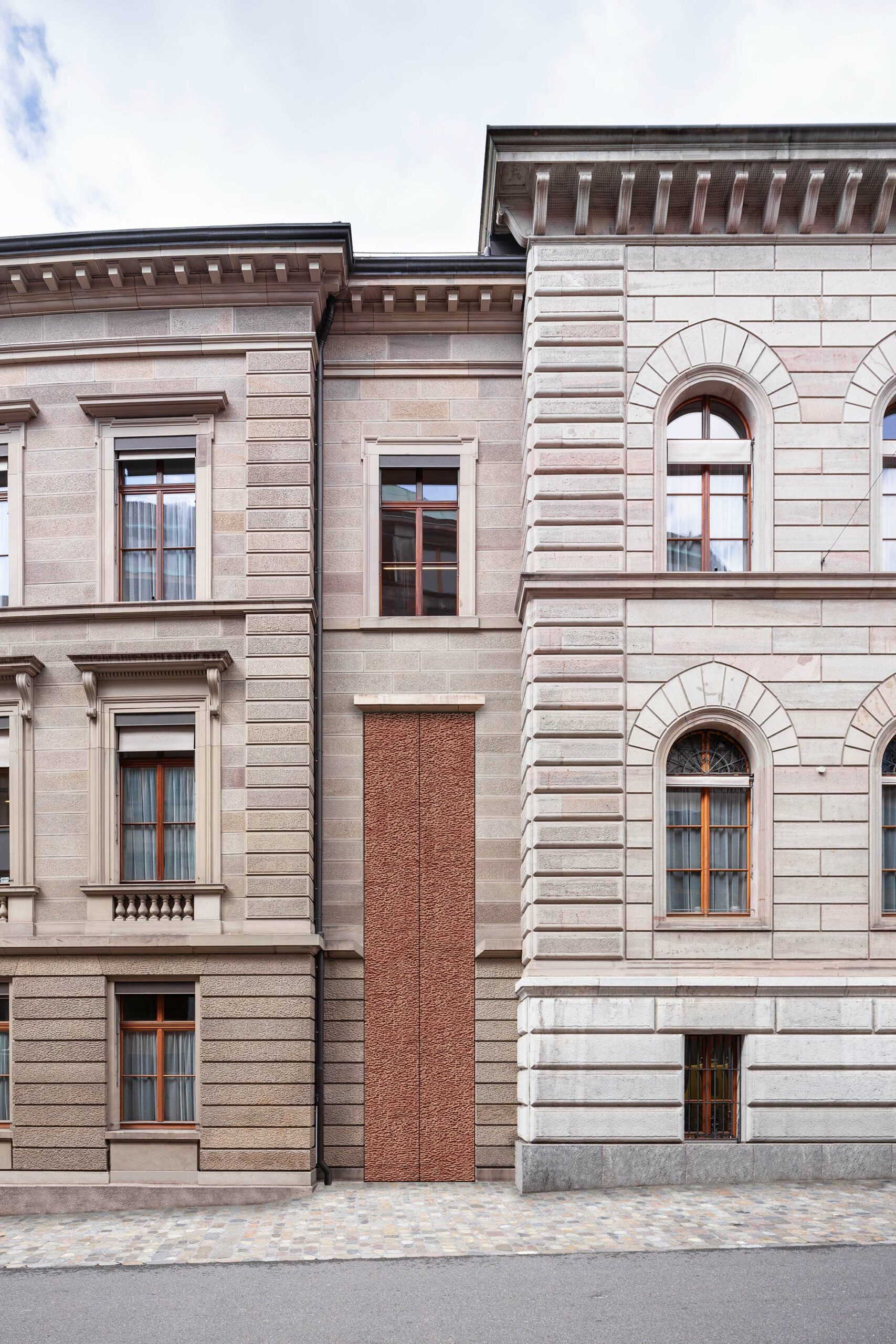 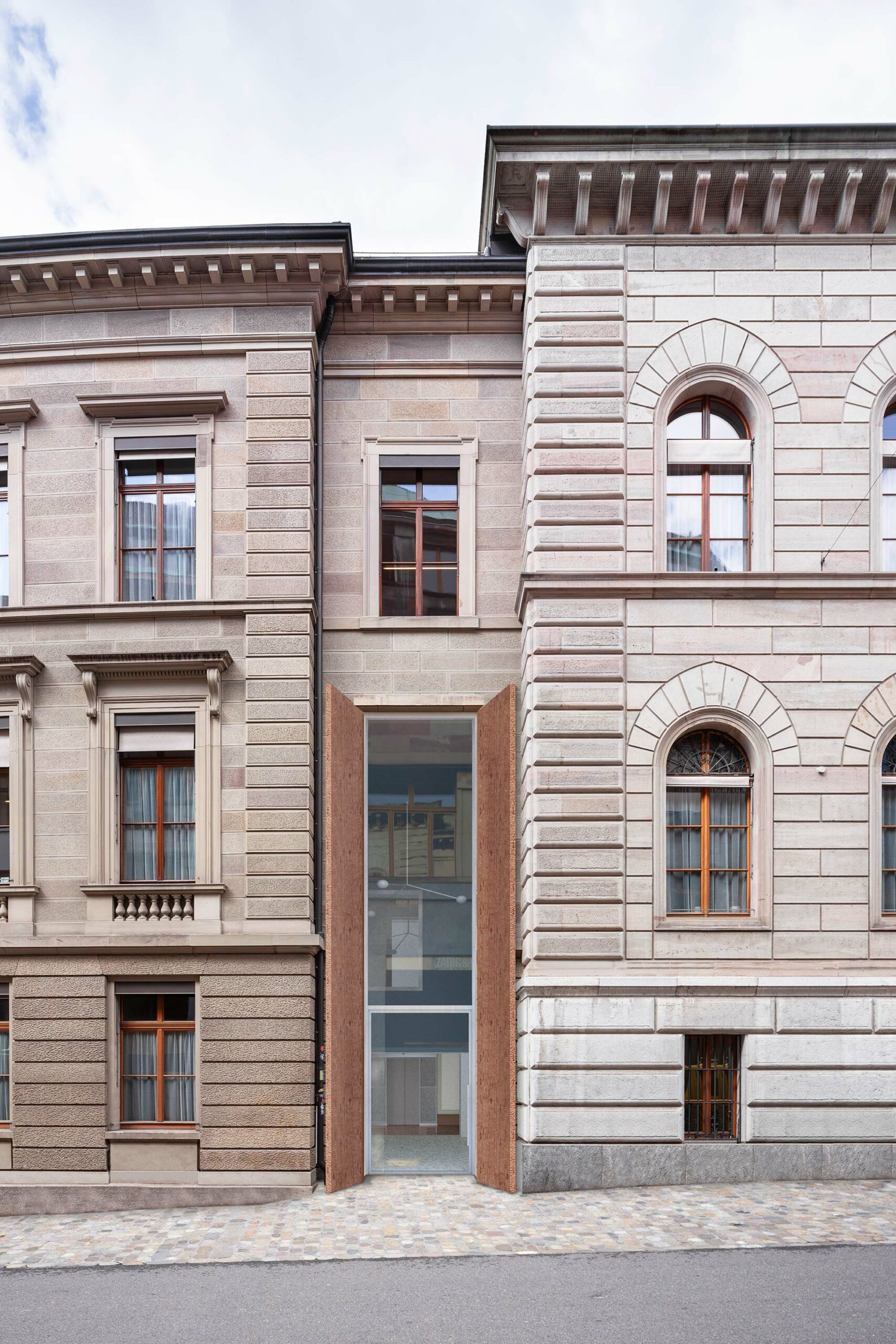 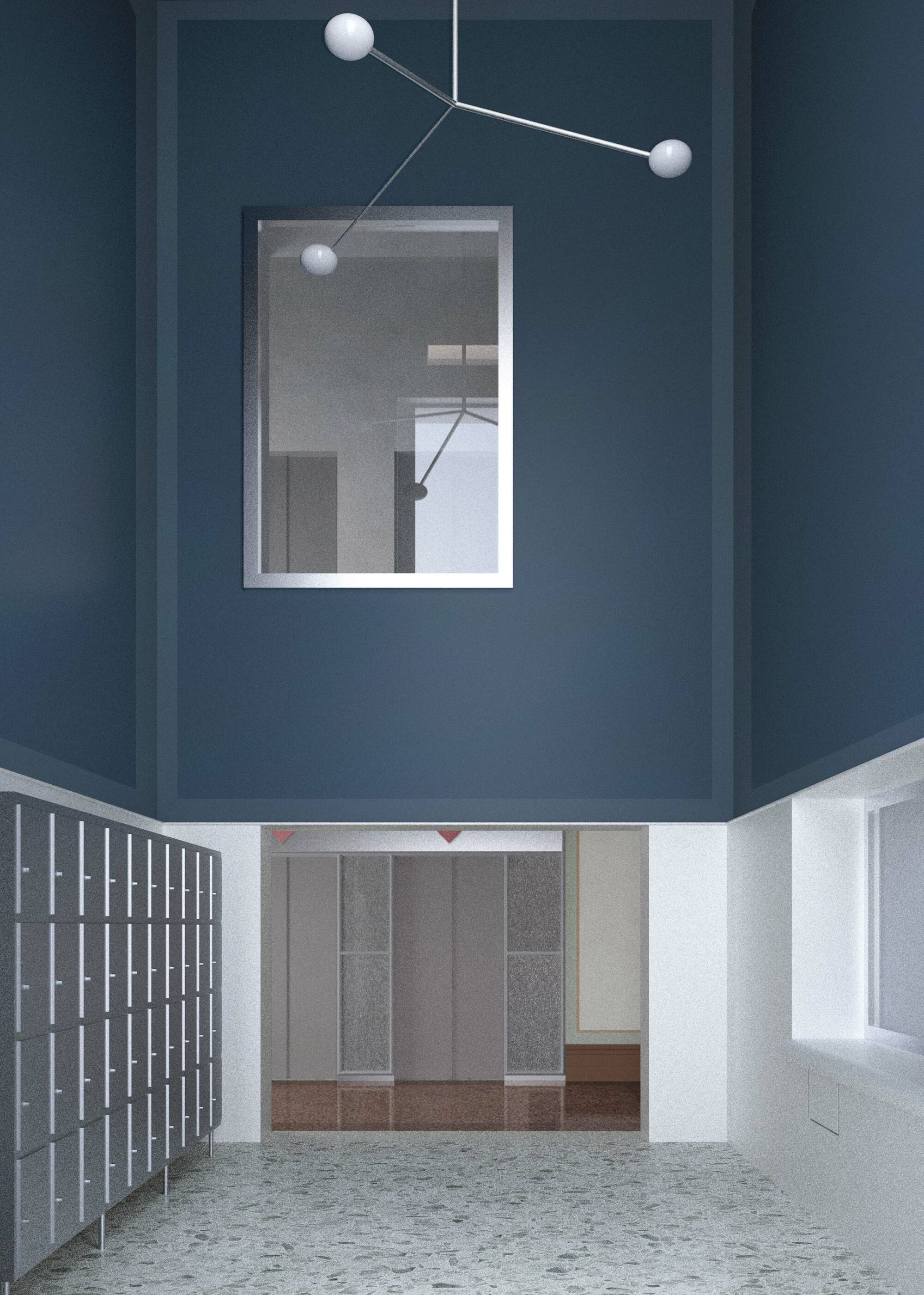 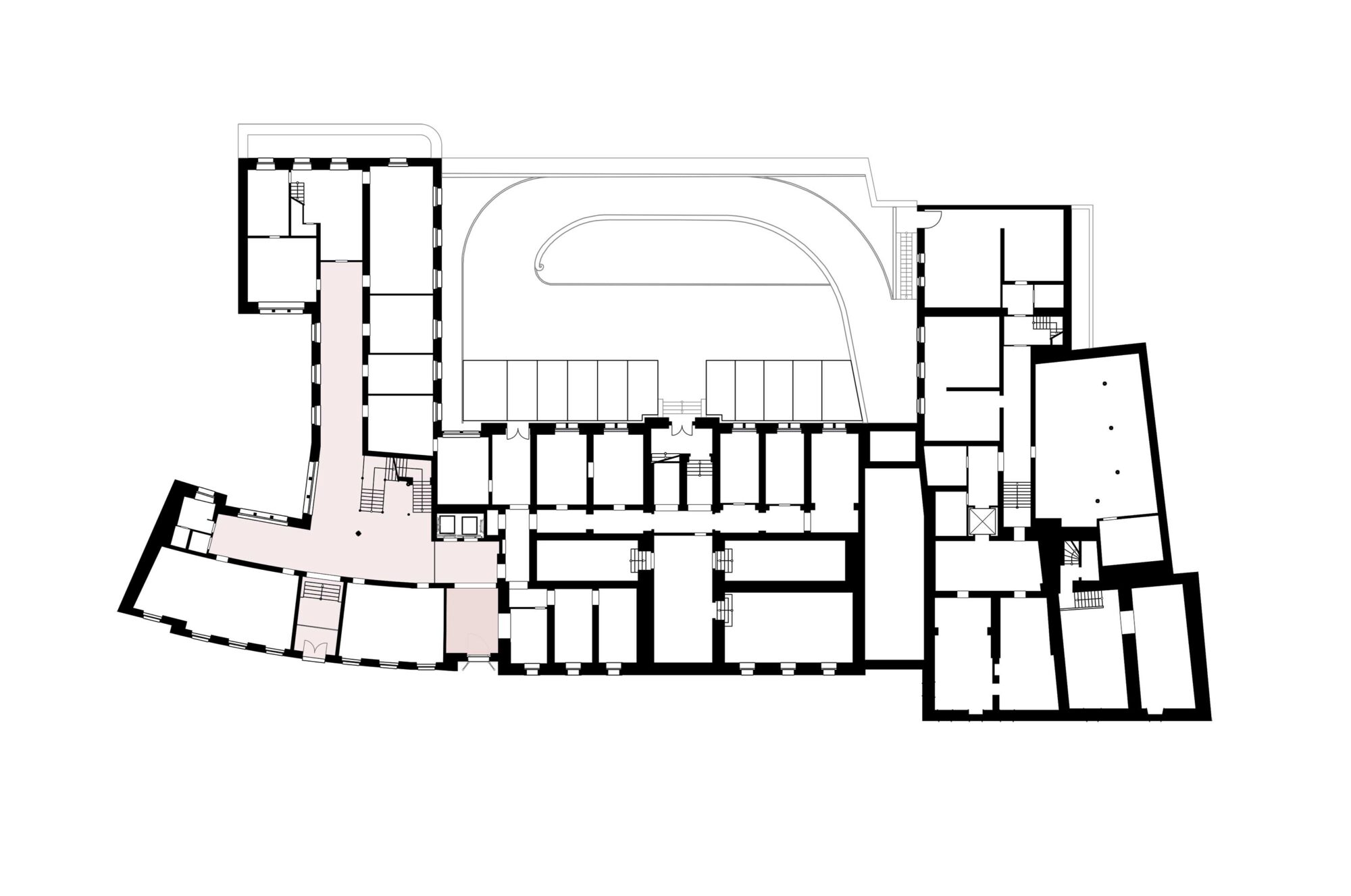 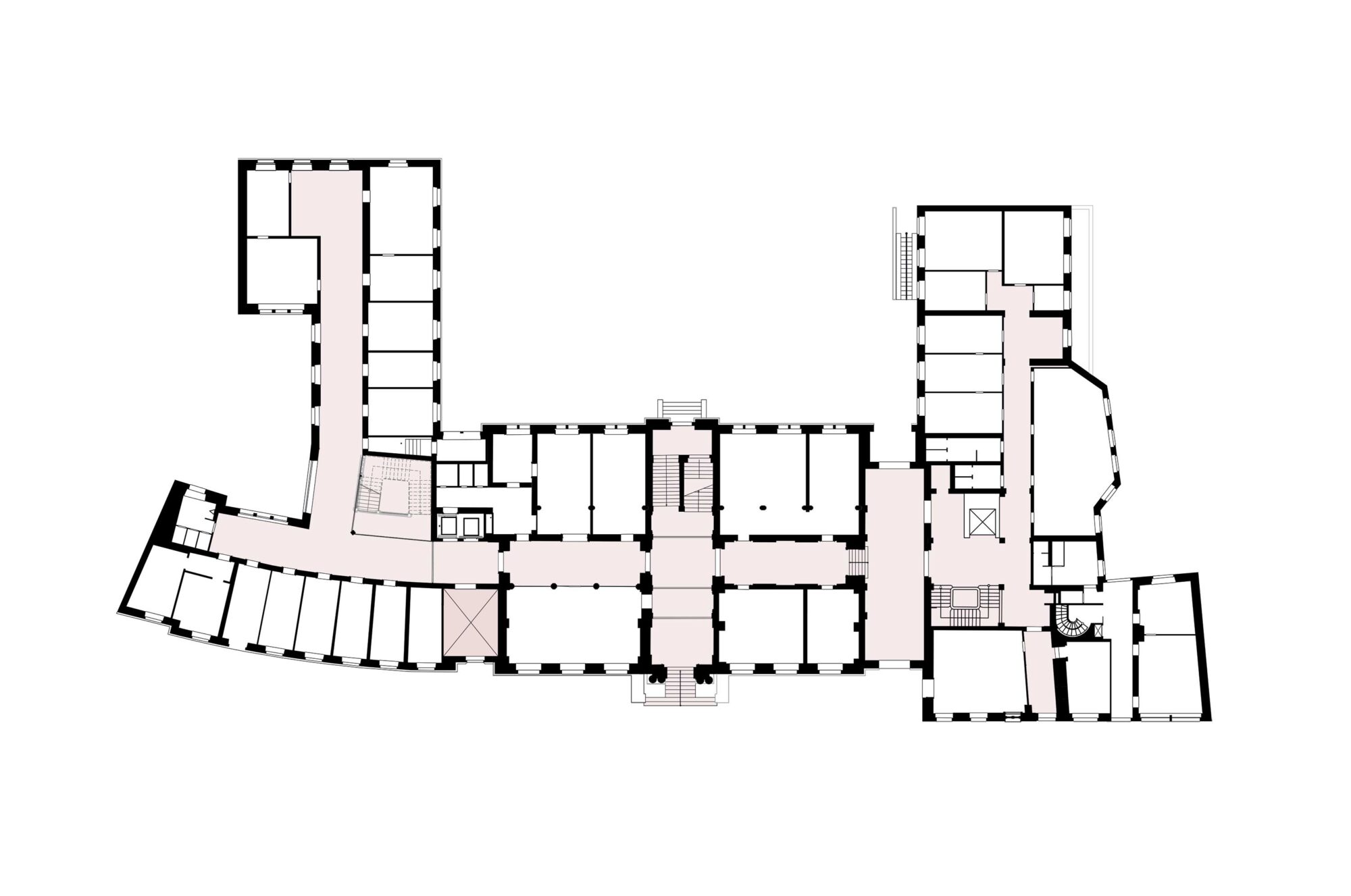 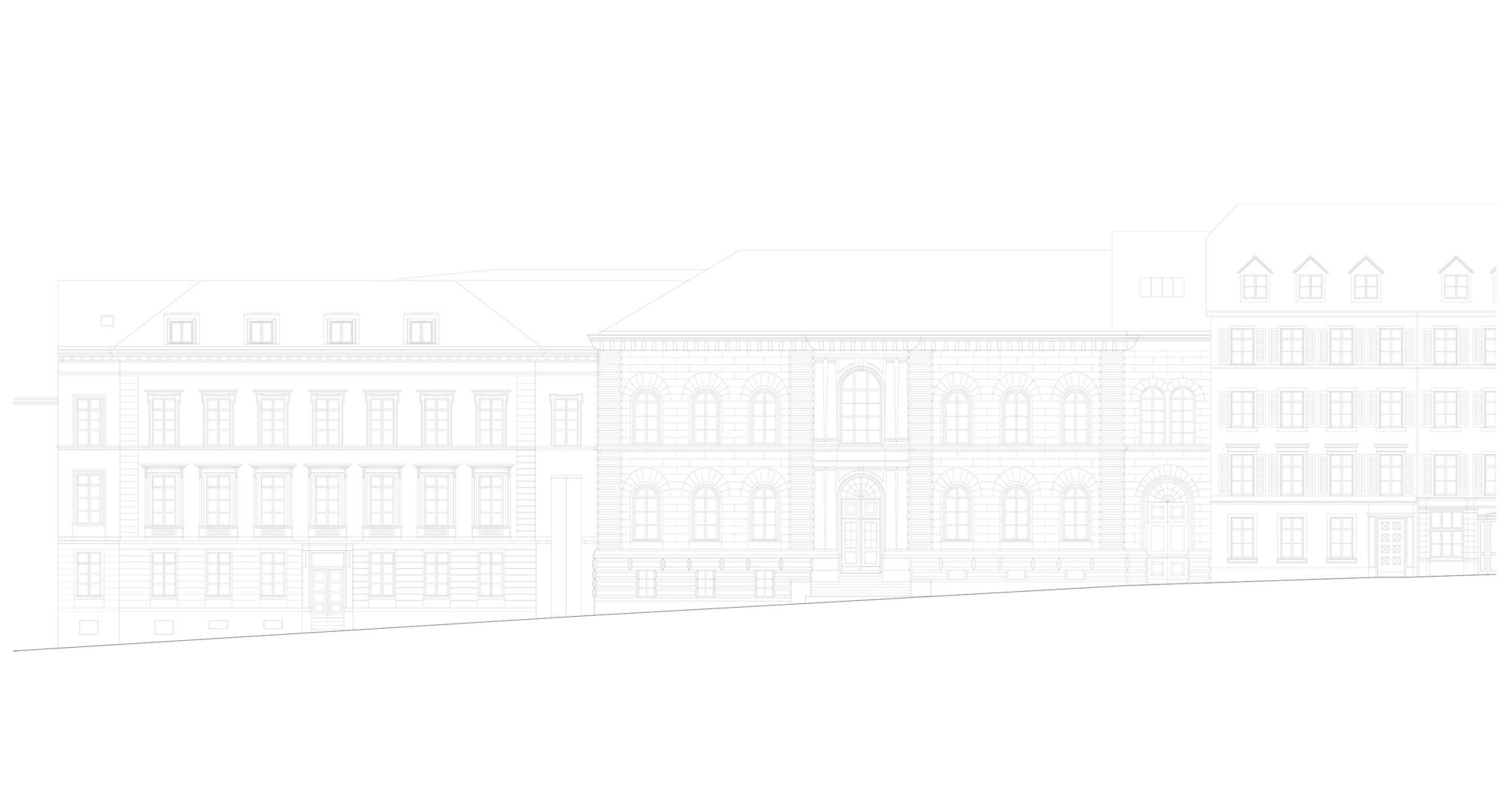 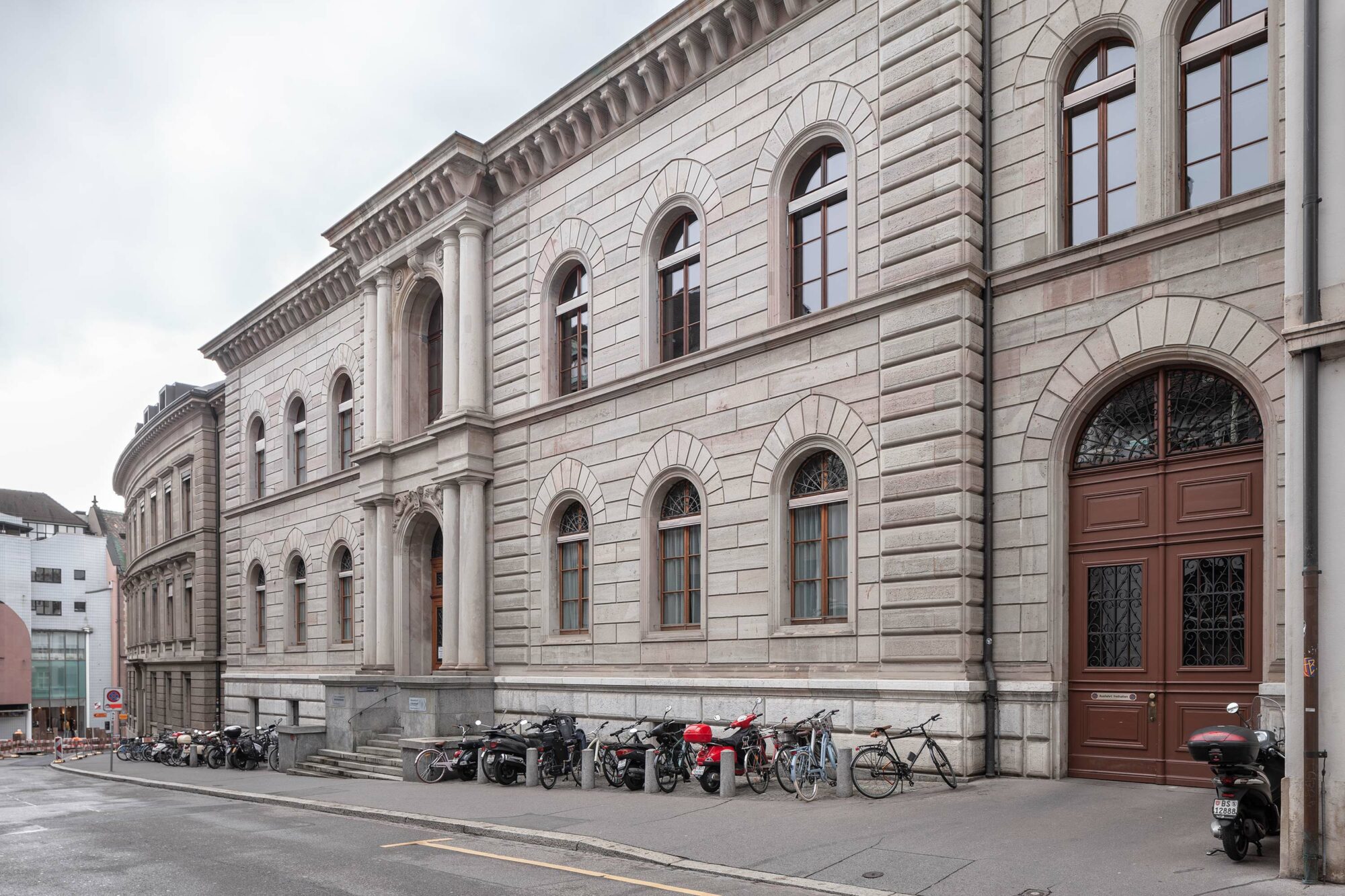 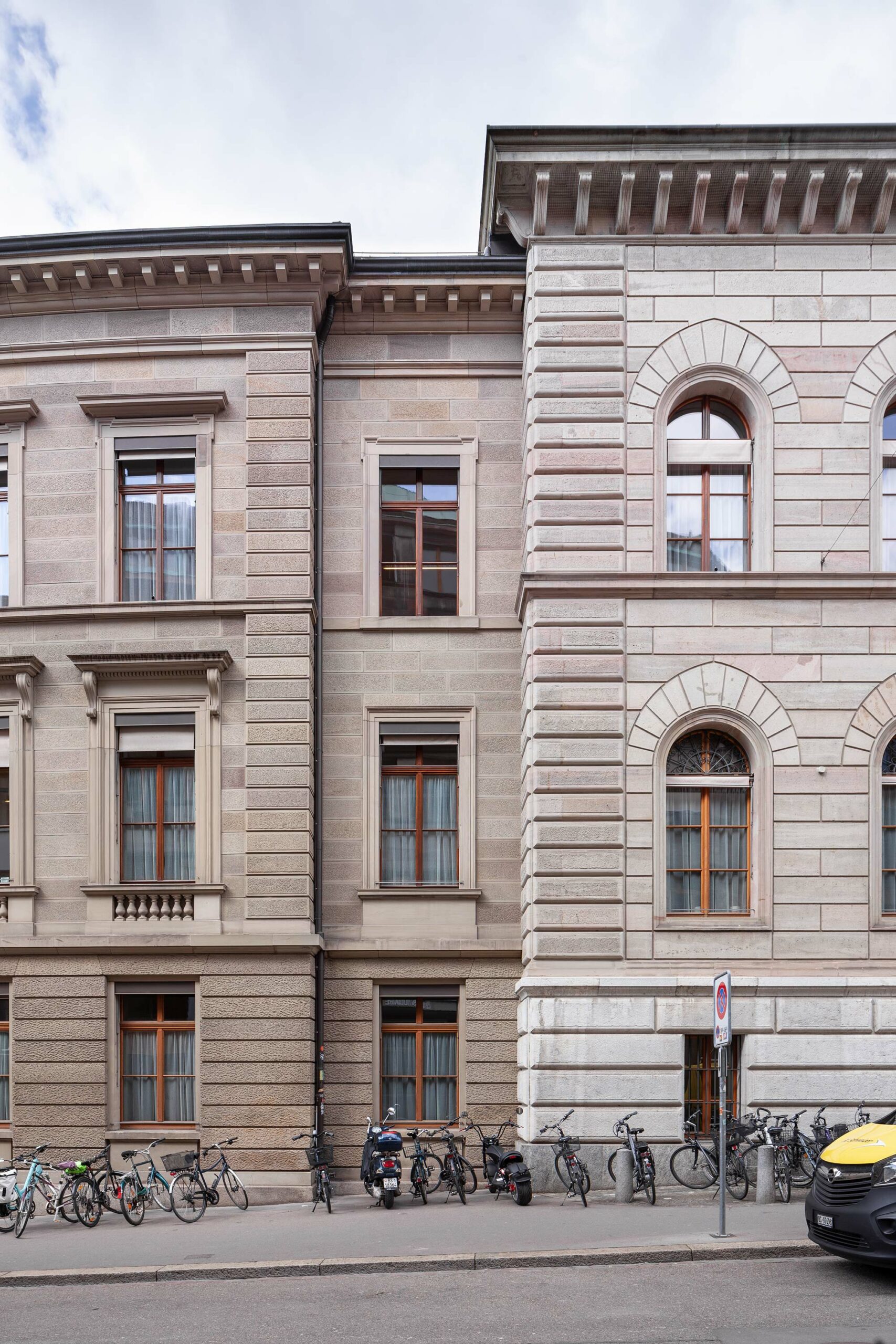