2. Round
Realization Competition for the Museum of the 20th Century, Berlin, 2016
Weyell Zipse Architekten with Hörner Architekten, in collaboration with James Melsom Landschaftsarchitekt

The Museum of the 20th century does not try to place itself as a solitaire between the two architectural icons of the Philharmonie and National Gallery. Instead, it occupies the whole site as an extensive, flat volume. The groundfloor is open to all sides, and has the character of an urban square, which houses the manifold exhibition programs of the museum as individual volumes. The museum contains different gallery typologies and dissolves the rigid, didactic dramaturgy of the classical museum. A city of art originates. The diversity of the different media, epochs and art forms define their own spatial constellation, and generate an autonomous house for each progammatic section. A plurality of architectonical imaginations develops, which give each room a specific quality and character to the exhibitions. The architecture becomes thus a part of the curatorial mediation, whilst locating the rich collection through a spatial reading and combining it in continuously new ways. The non-hierarchical organization encourages visitors to find their individual way through the museum, and emphasizes the representation of an open pluralistic society. The facade consists of waving glass panels, that are colored in different tones, giving the building a sculptural presence. It thereby reacts to its surrounding by constantly changing its perception and establishes a dialogue with the viewer. 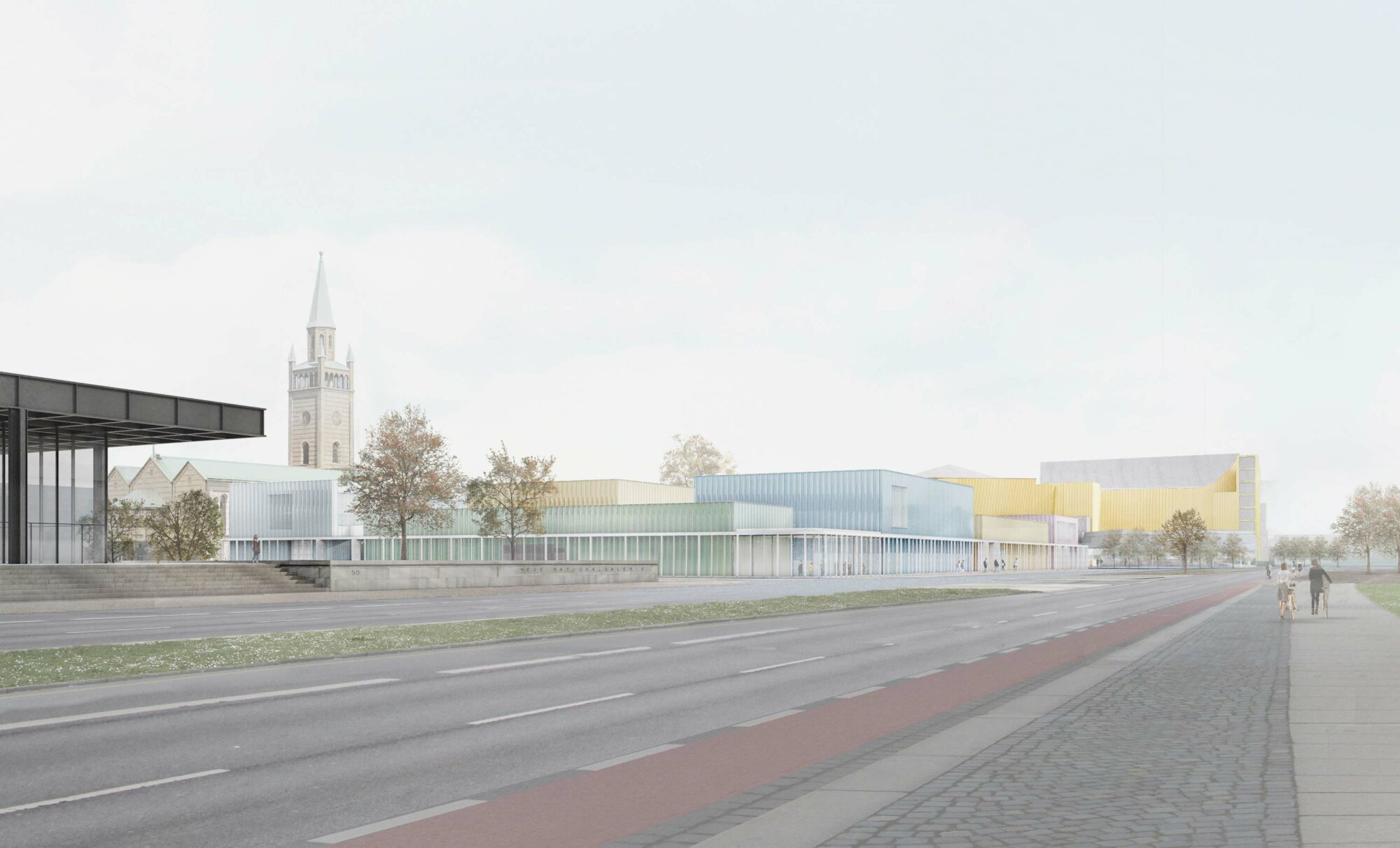 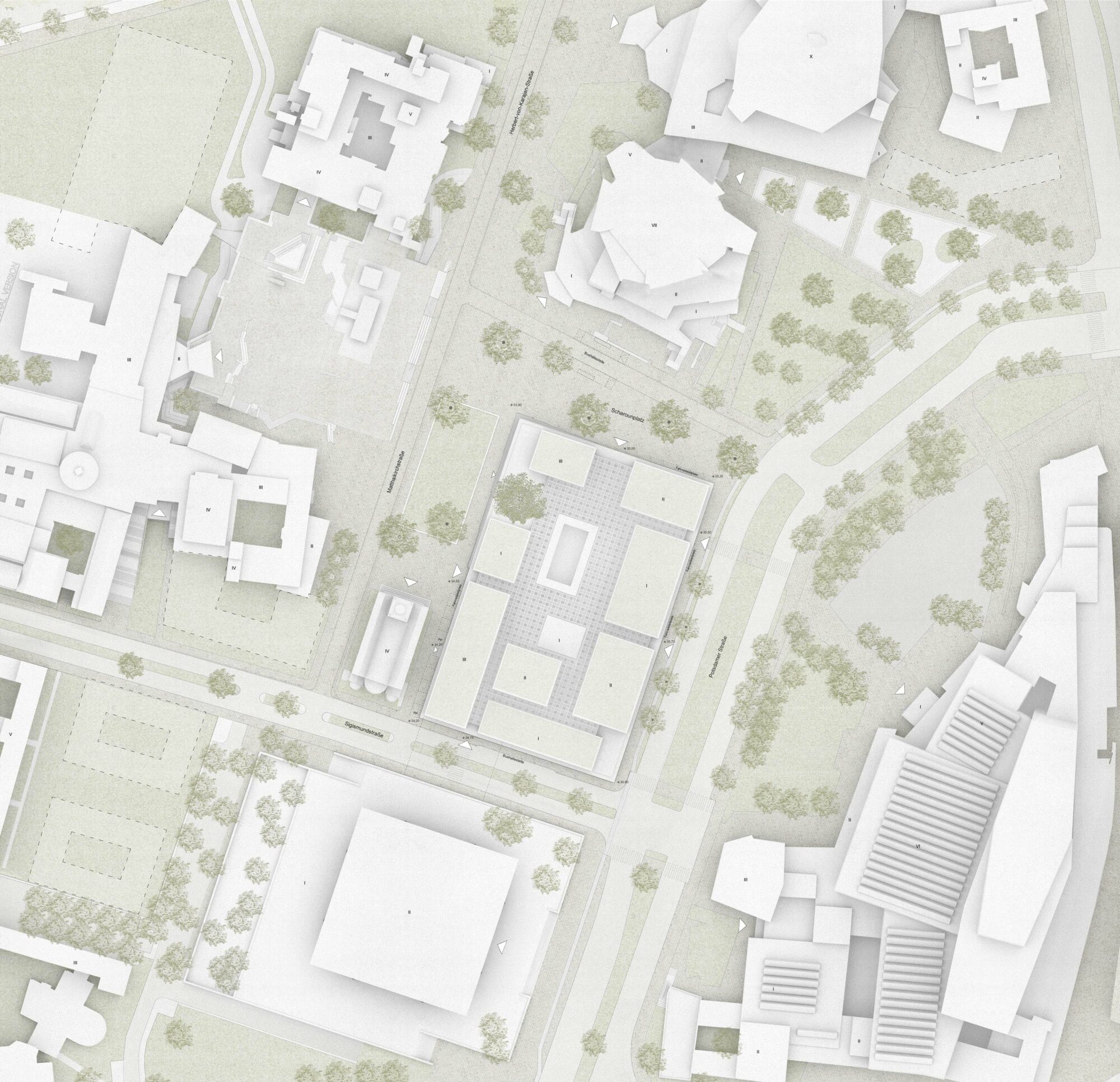 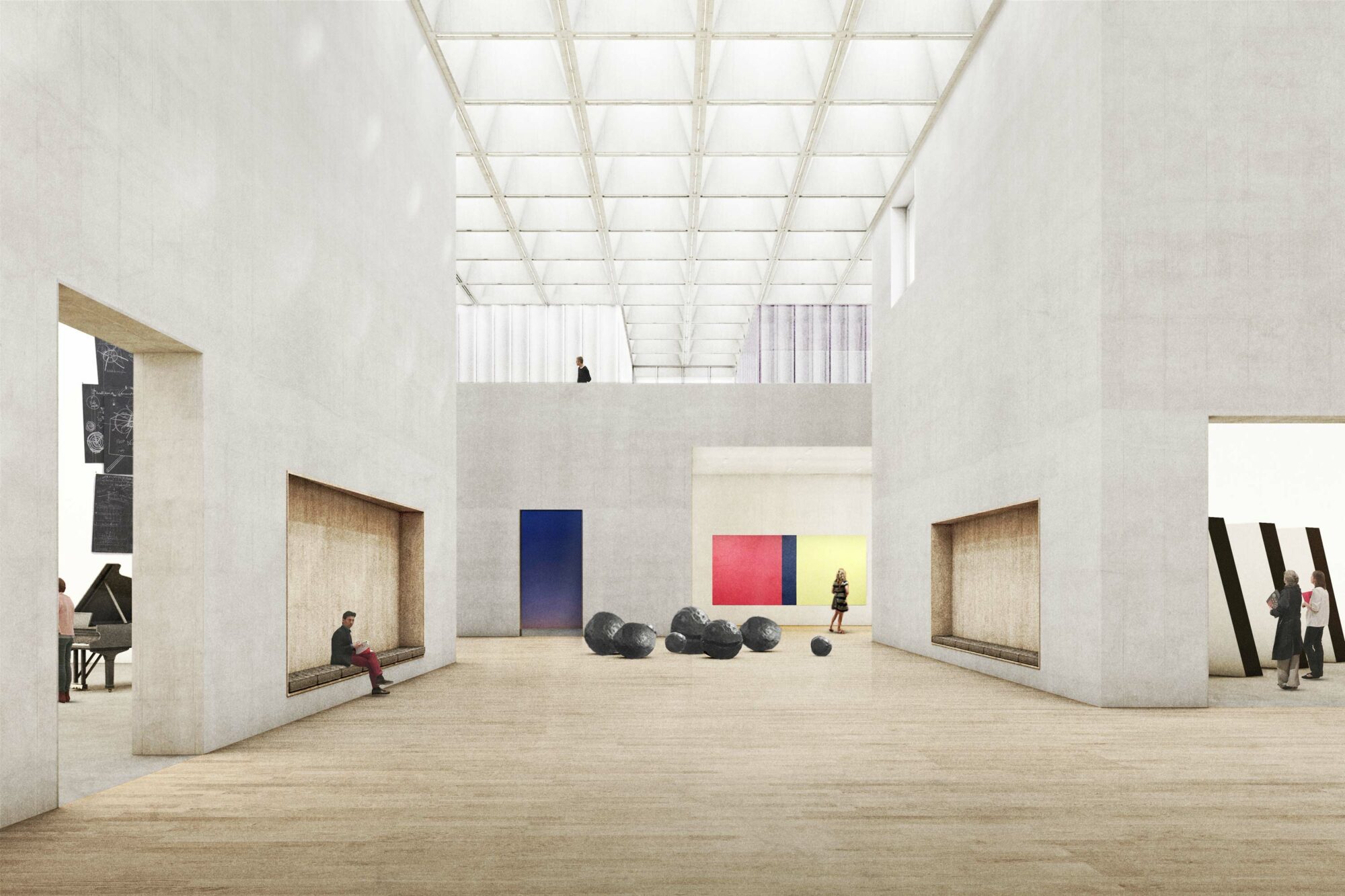 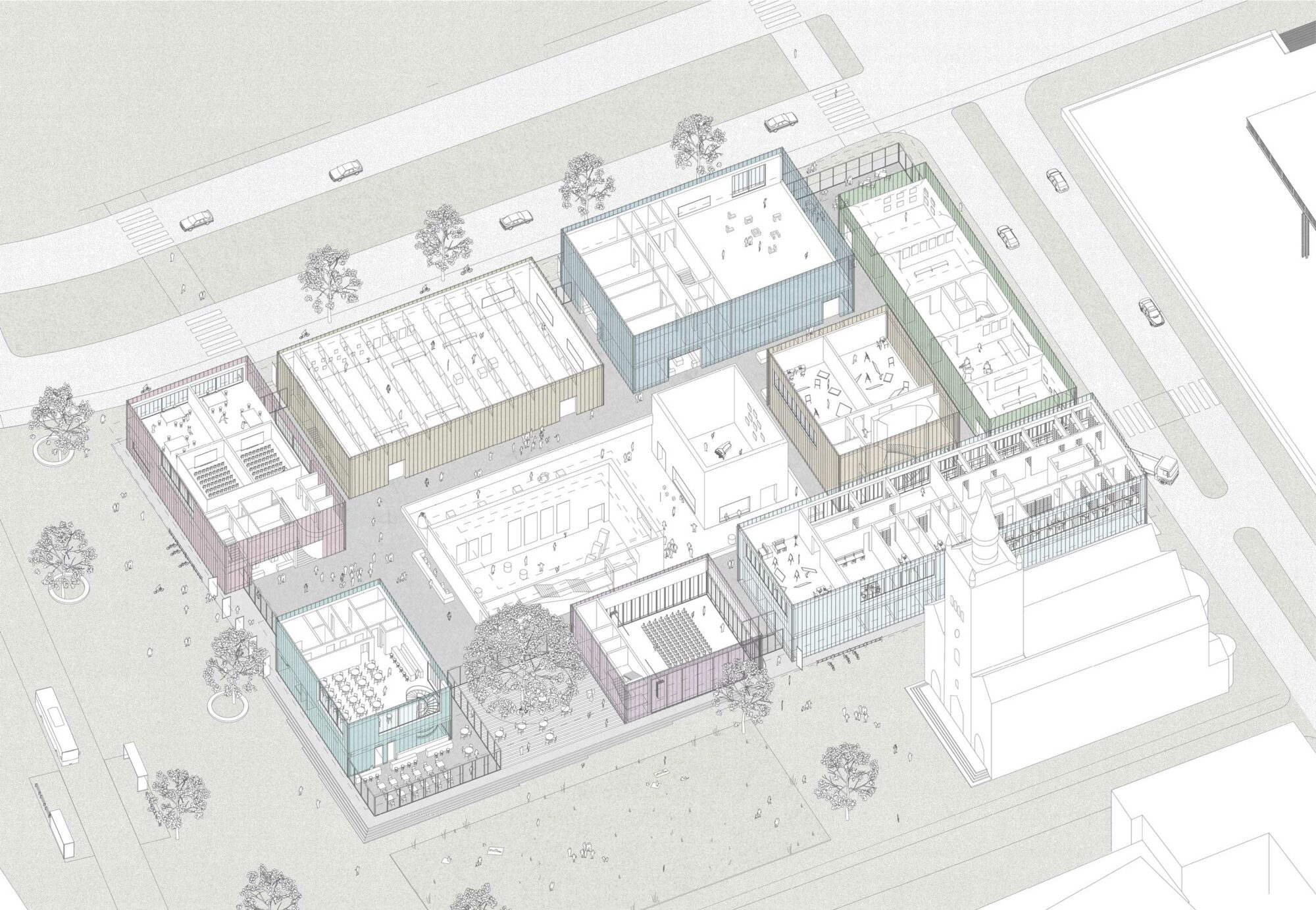 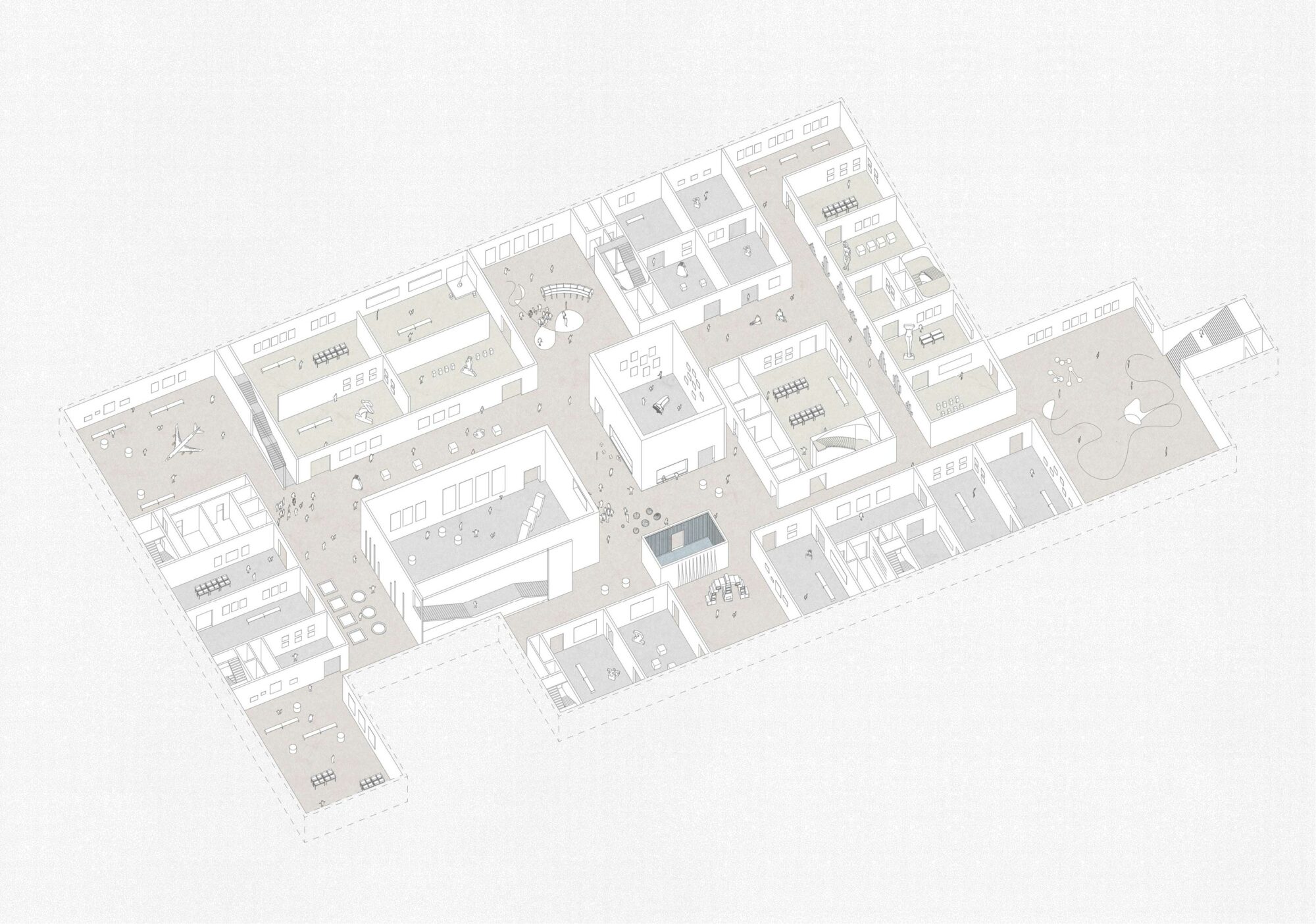 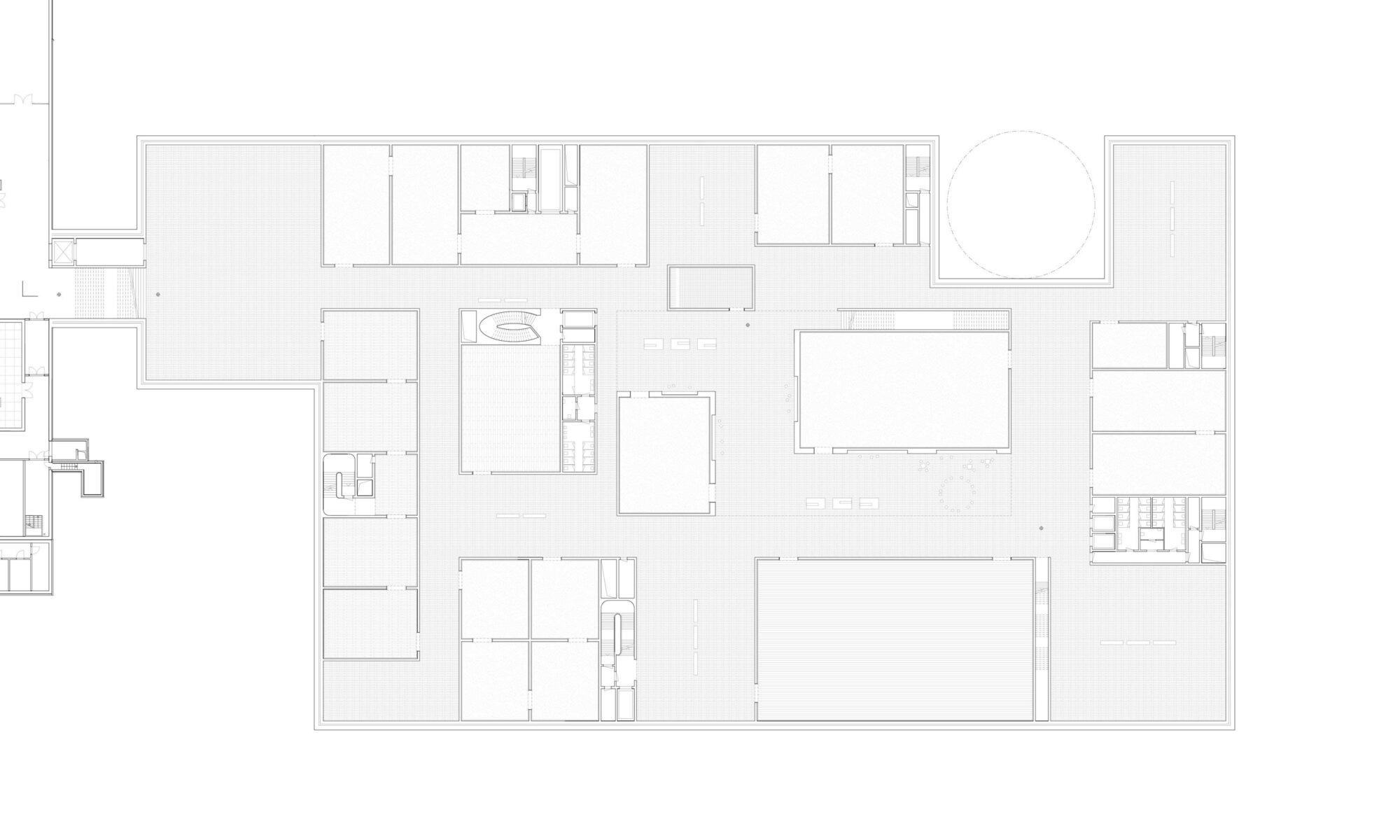 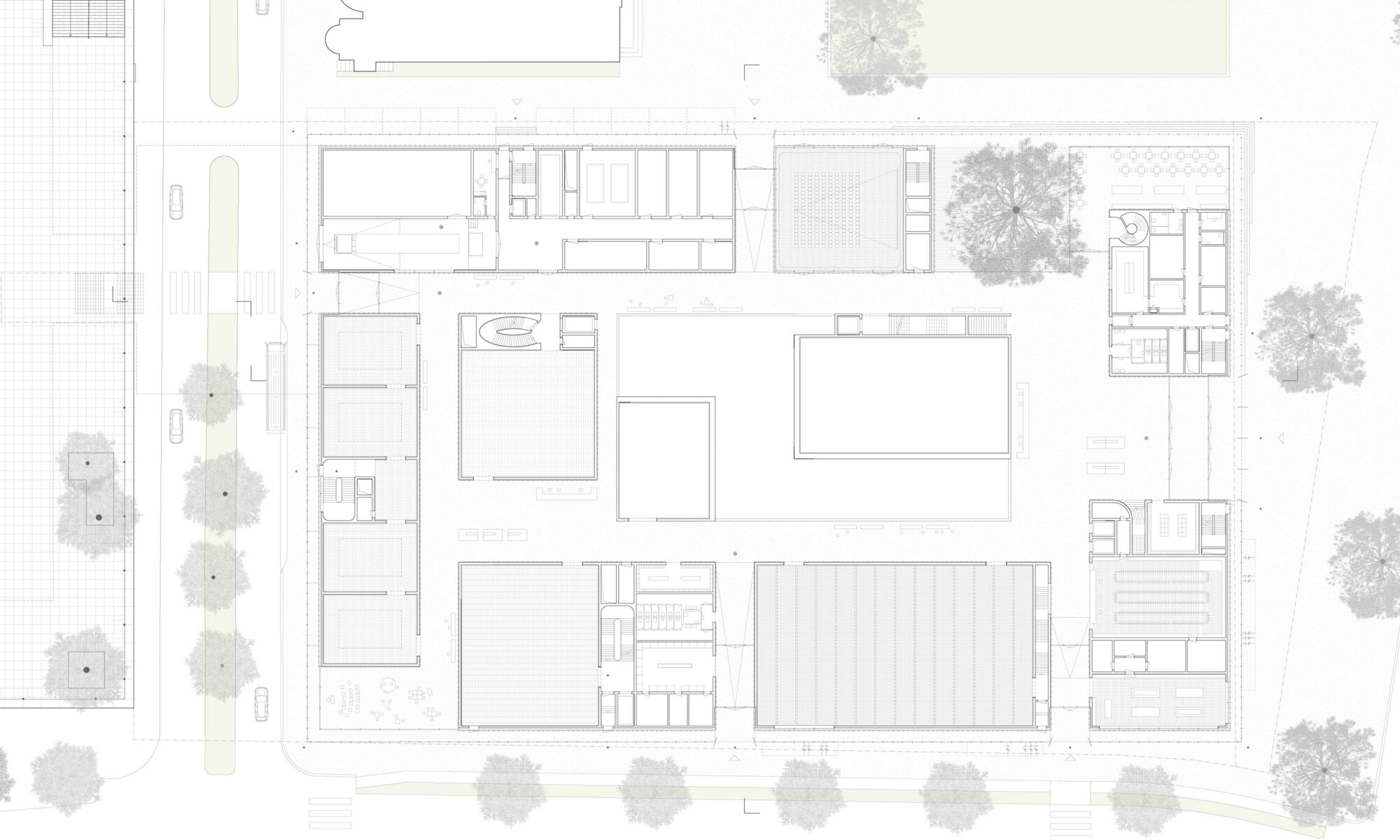 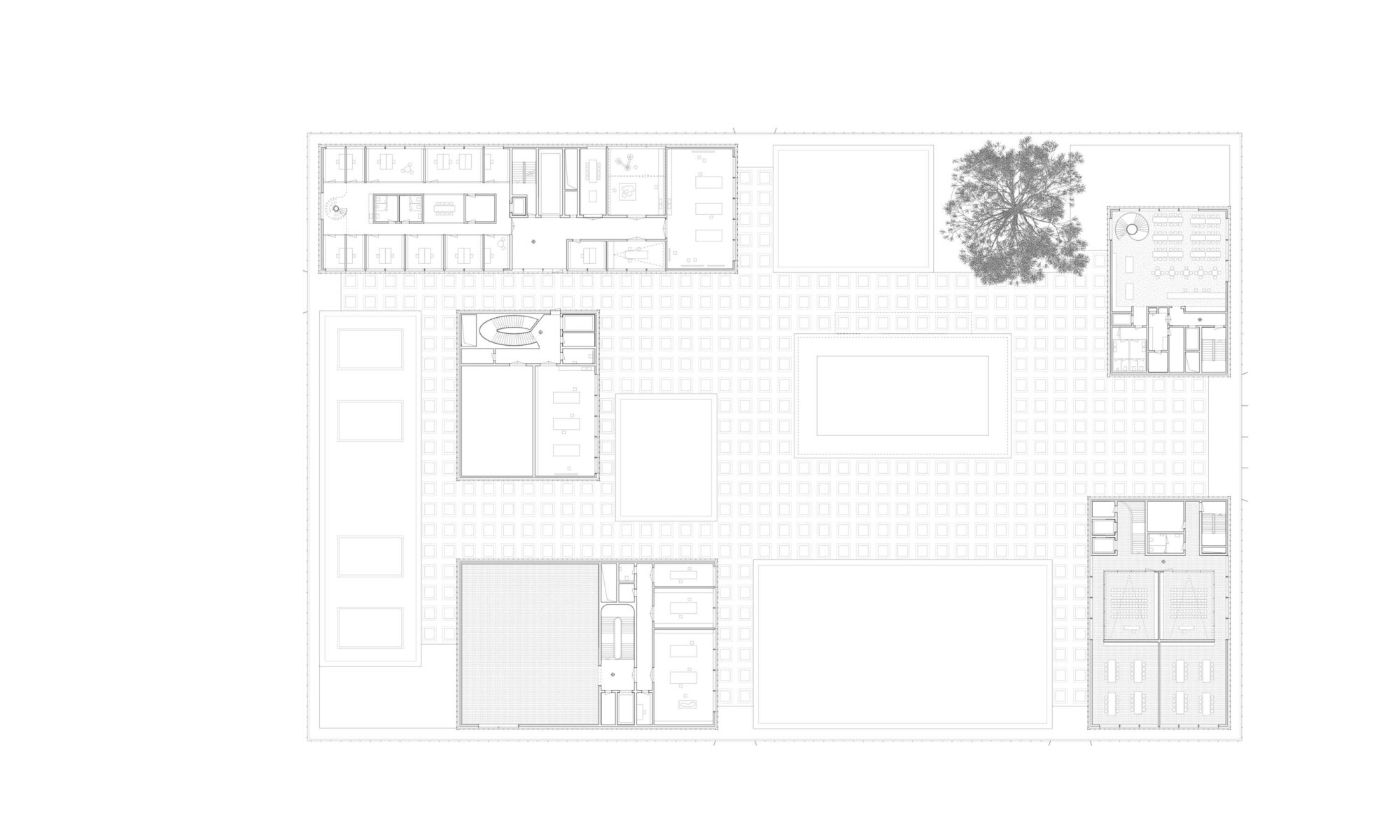 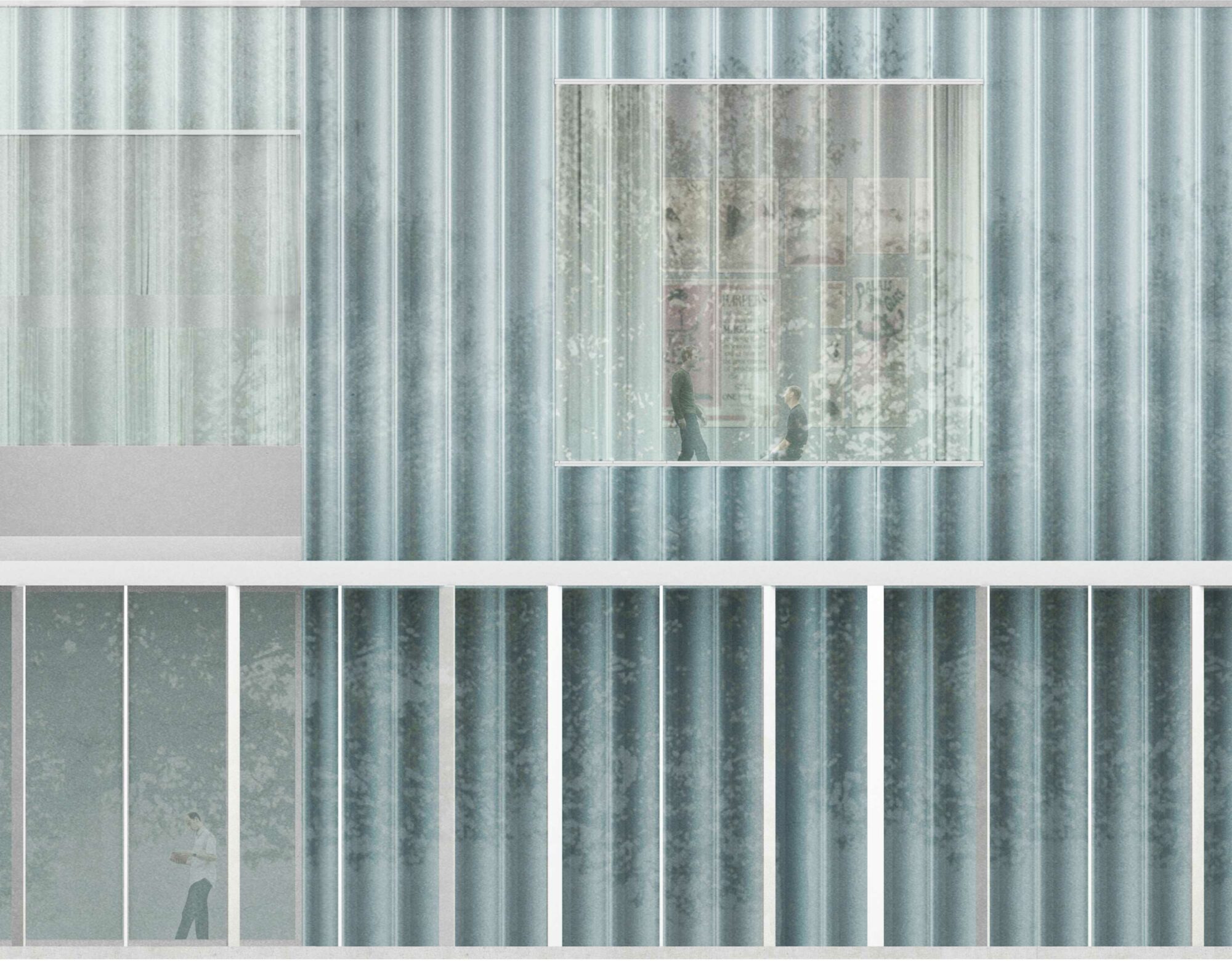 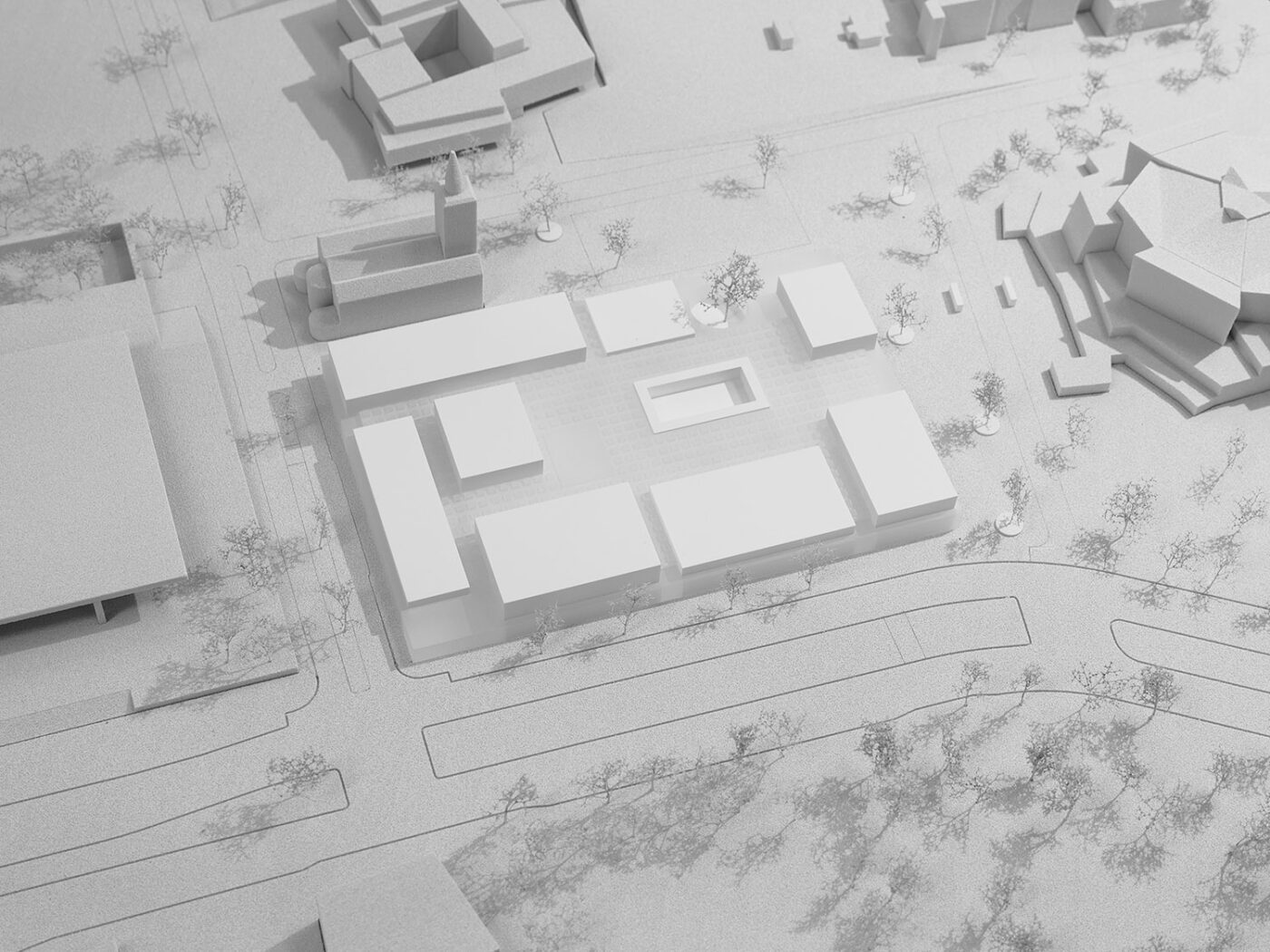