Museum of the 20th century I

Laureate amongst 10 equal prizes, with 460 participants
Open Idea Competition for the Museum of the 20th century, Berlin, 2016
Weyell Zipse Architekten with Hörner Architekten, in collaboration with James Melsom Landschaftsarchitekt

The empty centre of the „Kulturforum“ is occupied by an extensive flat, one story museum building. This causes a concentration and vitalization of the existing public spaces, that are momentarily vast and diffuse. The eight meter high volume is a respectful counterpart to the historic silhouette of Philharmonie, Library, St. Matthäus-Church und the National Gallery, and is only complemented by a tower of the Museum of the 20th century. The tower houses the non-art-related functions of the museum, which allows the groundfloor to be extensively used for public functions and exhibition areas. A generous public passage connects the „Kulturforum“ in the Eas-West direction, and is perpendicularly overlayed by a second passage in the basement, which makes the connection to the National Gallery. The facade consists of to layers, that forms a porose border between the building and its surrounding. 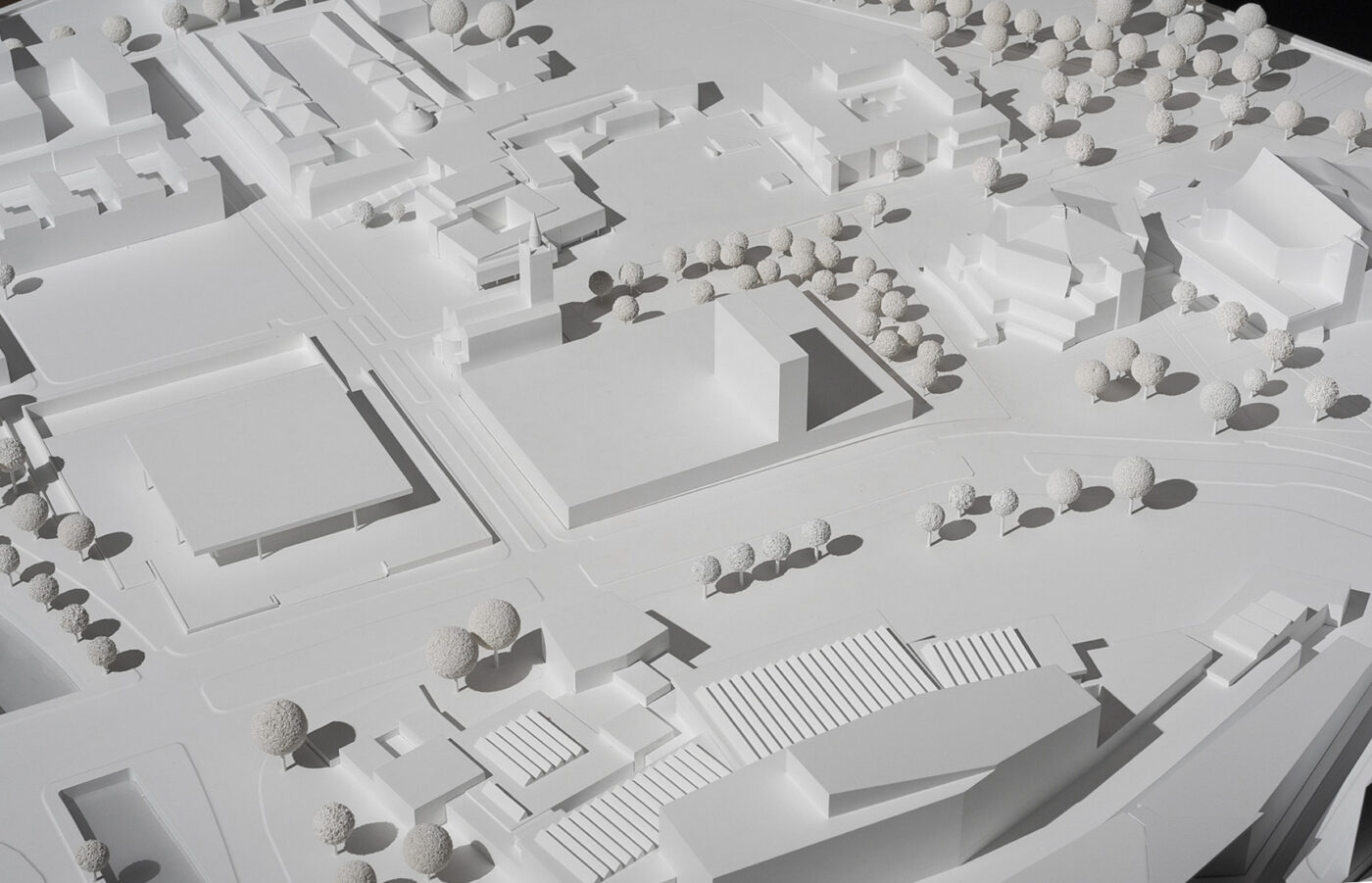