With the relocation of the current Kunstmuseum Olten to the neighboring school building and the planned extension on the Platz der Begegnung, conflicts of objectives seem pre-programmed: Can anything close to the generous and inviting quality of the current museum – with its fully glazed front facing Kirchgasse – be achieved again? How will the barrier-free access from Kirchgasse be designed without appearing as a technically necessary, additive object? How are the interests of historic preservation compatible with a significant extension on the courtyard side? Is it really an added value to reduce the outdoor space of the Platz der Begegnung in favor of more exhibition space? Aren’t the trees that would have to be removed for such an extension also part of the grown city that should be preserved? Shouldn’t we try to build as little as possible instead of aiming for maximum utilization in order to lead a sustainable and responsible use of resources?

The present project ventures the thesis that a castling of the framework conditions and distribution of uses stipulated in the tender can lead to a greater gain in qualities for the art museum and the urban space of Olten. The focus lies on an inviting and inherent character of the public outdoor spaces, as well as the museum itself, in order to shape the historic town as a lively center for the population of Olten.

The former school building at Kirchgasse 10 will be converted as planned and used as an art museum. The extension will not be built on the north facade of Kirchgasse 10, but instead on the perimeter of Kirchgasse 8. This also allows the preservation of the three tall historic trees that give the public space its own character and atmosphere.

Half of the building of Kirchgasse 8 will be divided vertically, establishing a restoration of the historic parcels and original division of the building, which can still be traced in the basement floor plans and in the rear facade. One half will be used for apartments, commercial and office space as envisioned in the competition program. The other half of Kirchgasse 8 will be used for the expansion of the museum – as a substitute within the old building volume.

The new urban figure creates a spatial clarification between the Platz der Begegnung and the adjacent Munzingerplatz. It complements the block figure around Kirchgasse 8 and 6, which is strongly fragmented by annexes, and gives a new face to the spatial closure to Munzigerplatz, which is today read as the rear. This strengthens Munzigerplatz and promotes its future development into an urban multifunctional urban space. At the same time, the extension creates a clear frame for the urban space, which is thus strengthened in its independence and can be increasingly used by the museum in the future.

Playing, sitting, observing, contemplating: The Platz der Begegnung is interpreted as a green, ecologically valuable and publicly usable urban space that creates a transition between the small-scale, historic gardens of the Wangener Vorstadt and the open, urban Munzigerplatz. The three large existing trees can be preserved through the positioning of the new building. They form the basis for the further development of this urban recreational space, which is also valuable for the microclimate and biodiversity.

The project thrives on the effort to preserve the qualities of the premises at Kirchgasse 10 for the future use of the art museum. These are characterized by the use of a former school building, and the external reference of each room with a high proportion of windows and thus daylight. By moving the extension into the Kirchgassen 8 perimeter, this condition can also be maintained for the rooms on the north side. The character of the small-scale sequence of rooms is also retained, and only partially supplemented on the first floor with new subdivisions. In contrast to the characterful small rooms with limited flexibility in terms of lighting situations and suspended areas in the old building, the new building is designed as a neutral space with maximum flexibility and generous 6-meter room height on the 1st floor. The old building and the new building complement each other, allowing for a variety of atmospheres and exhibition possibilities even in this comparatively small museum. 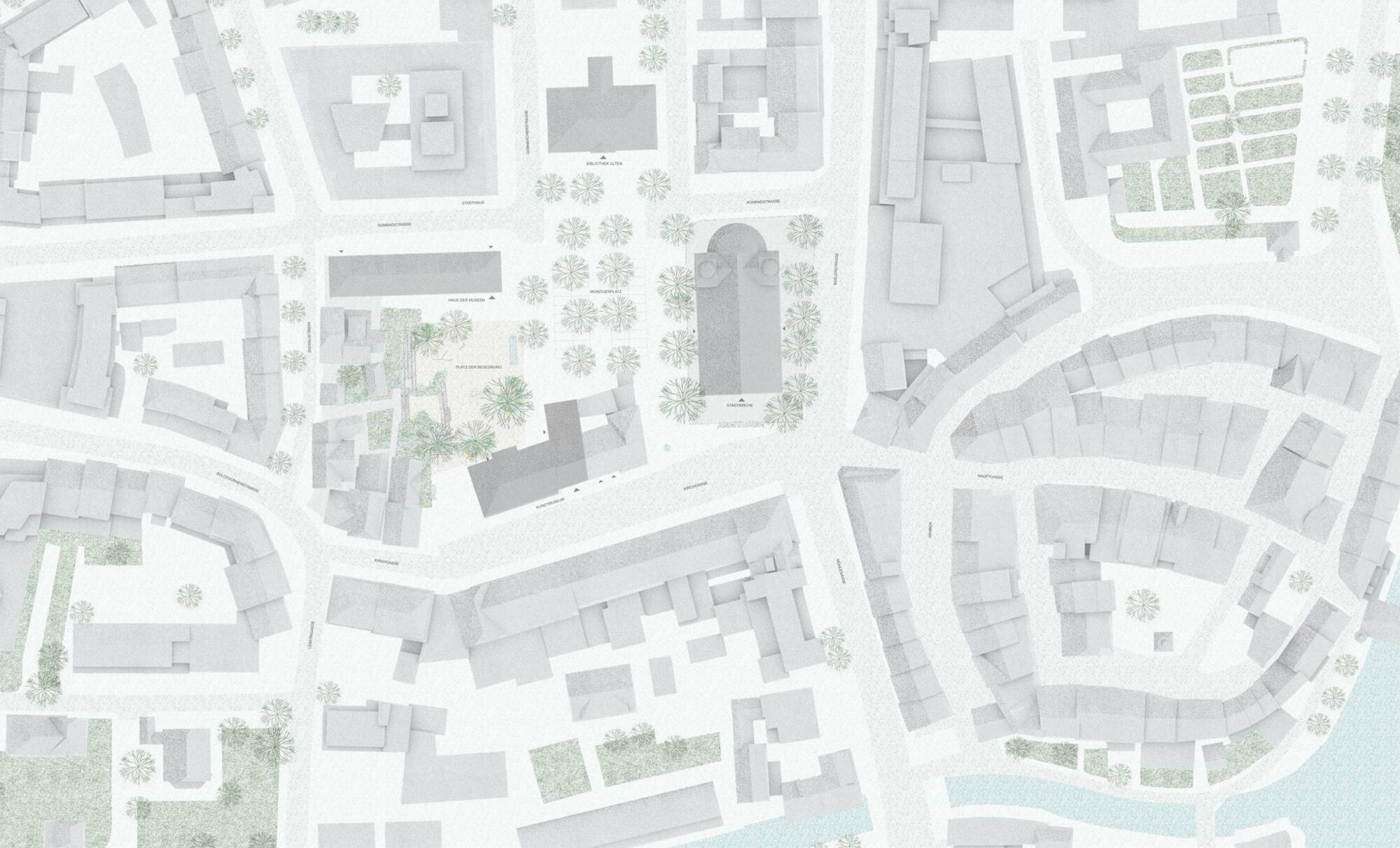 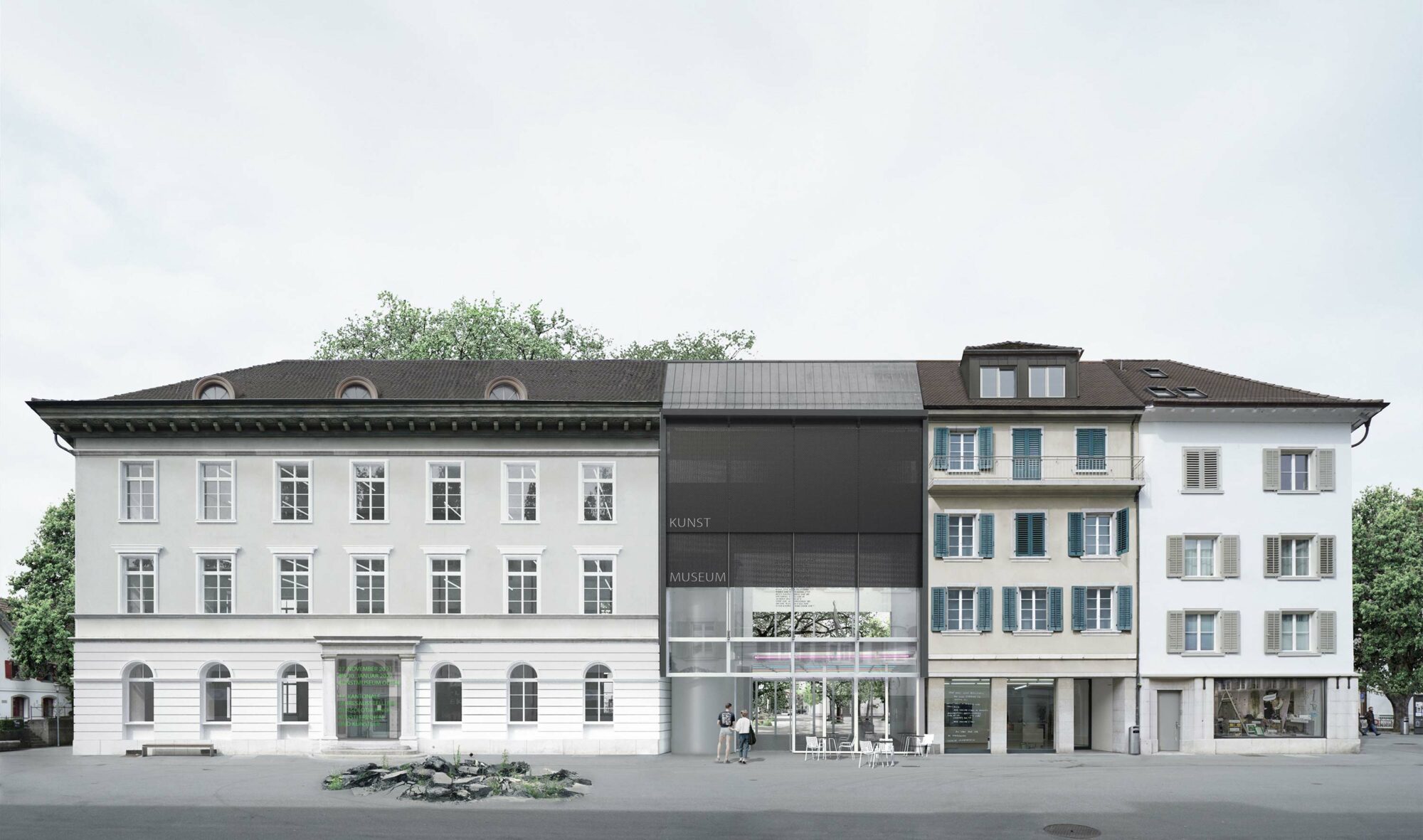 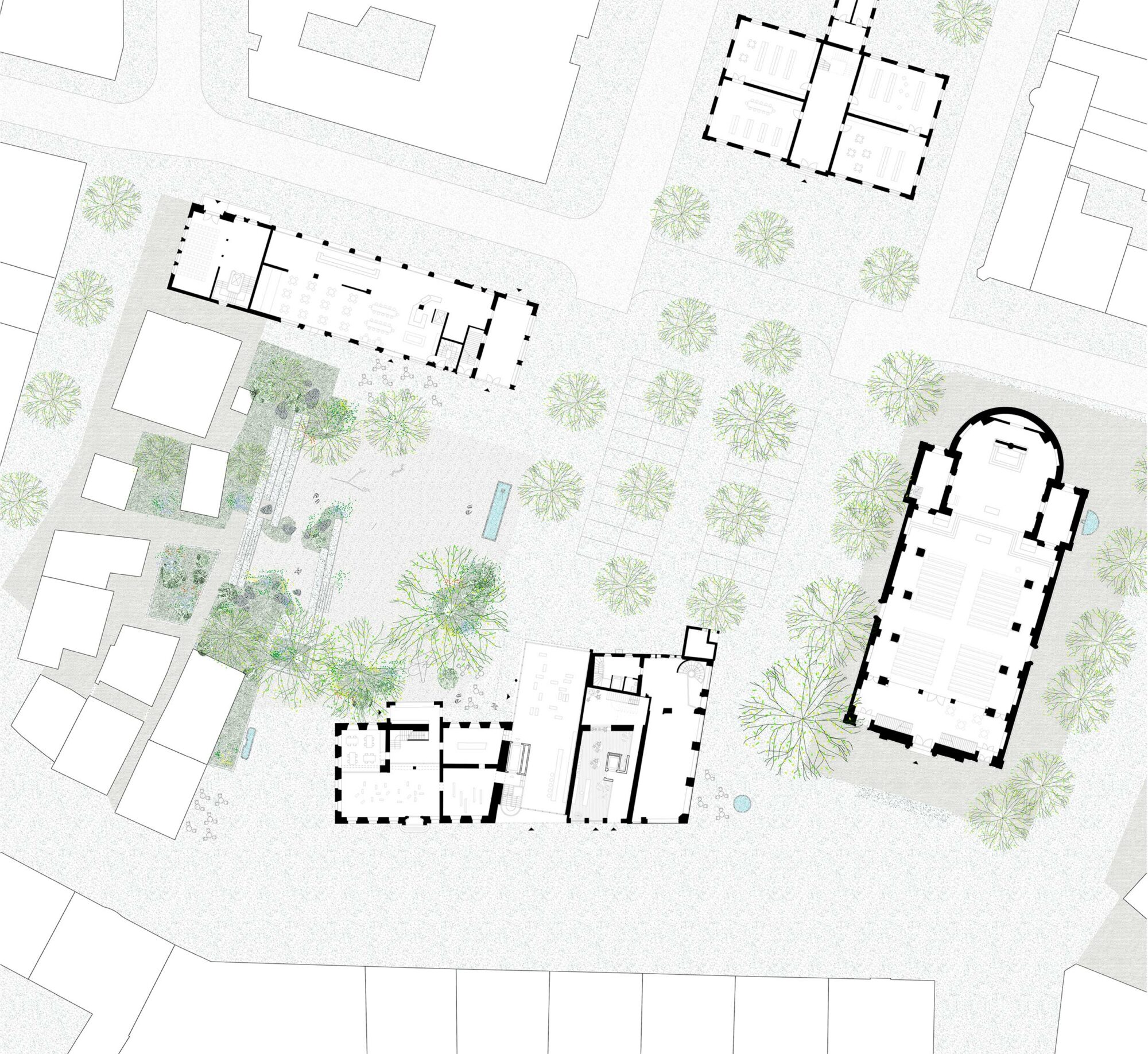 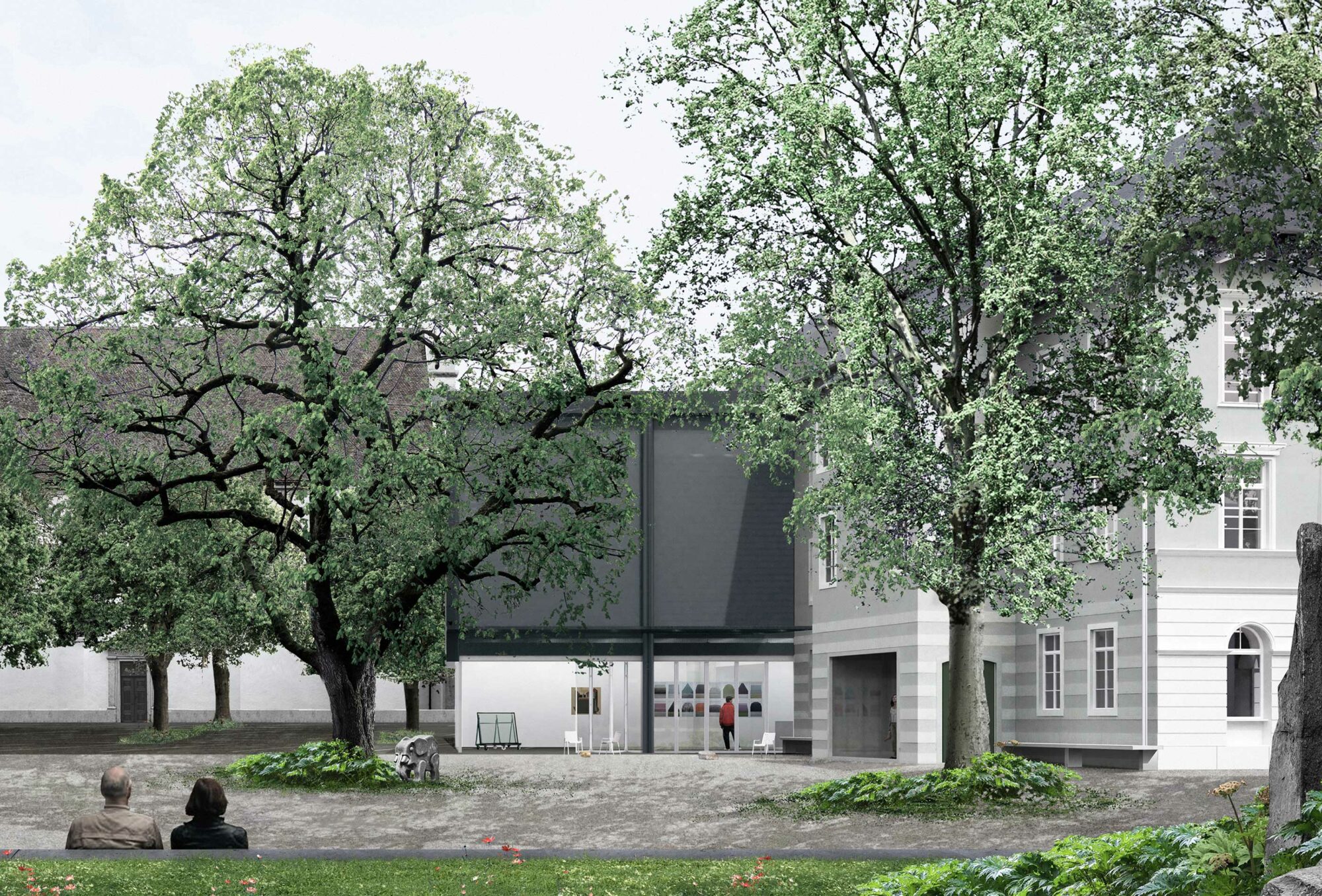 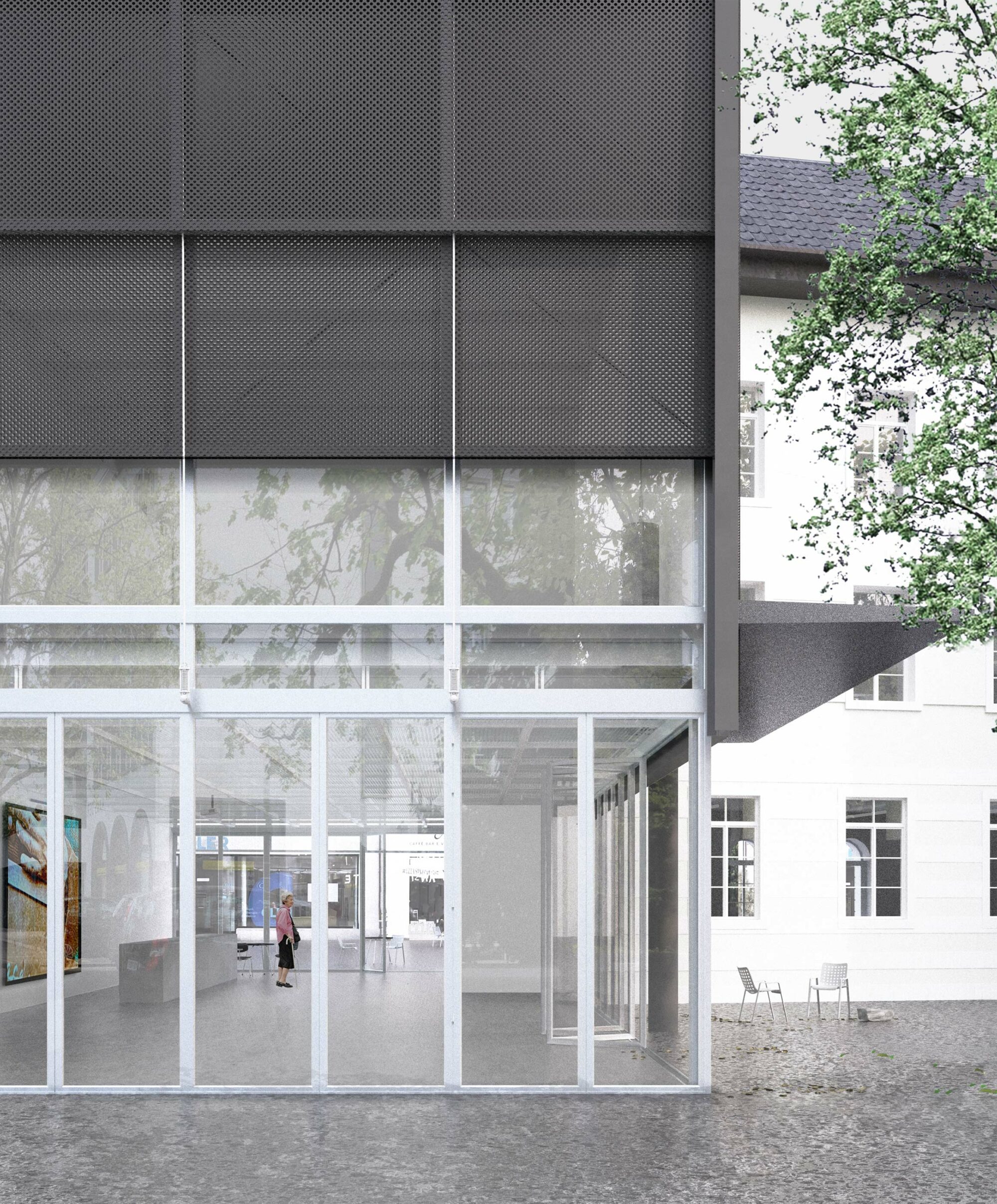 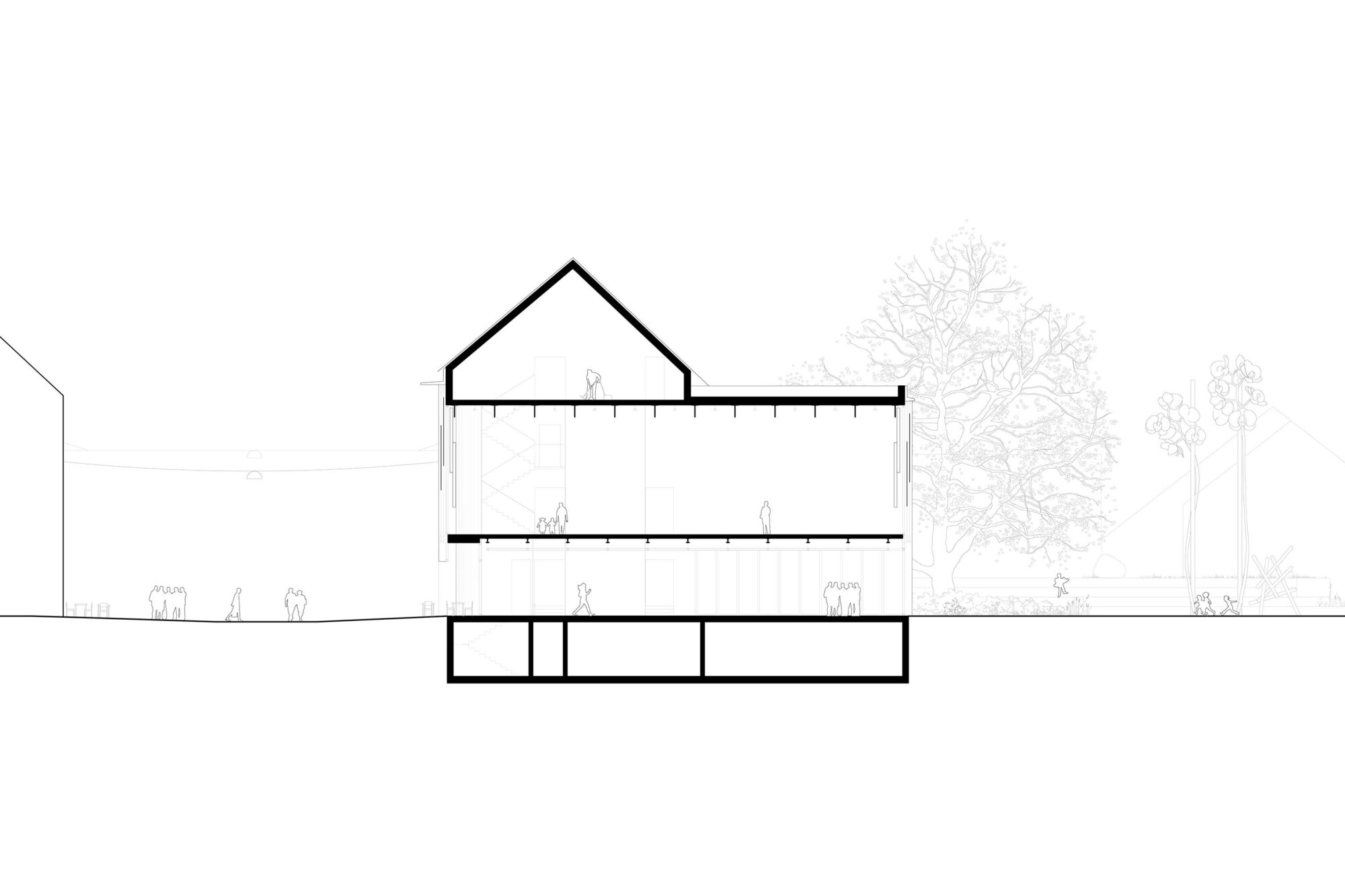 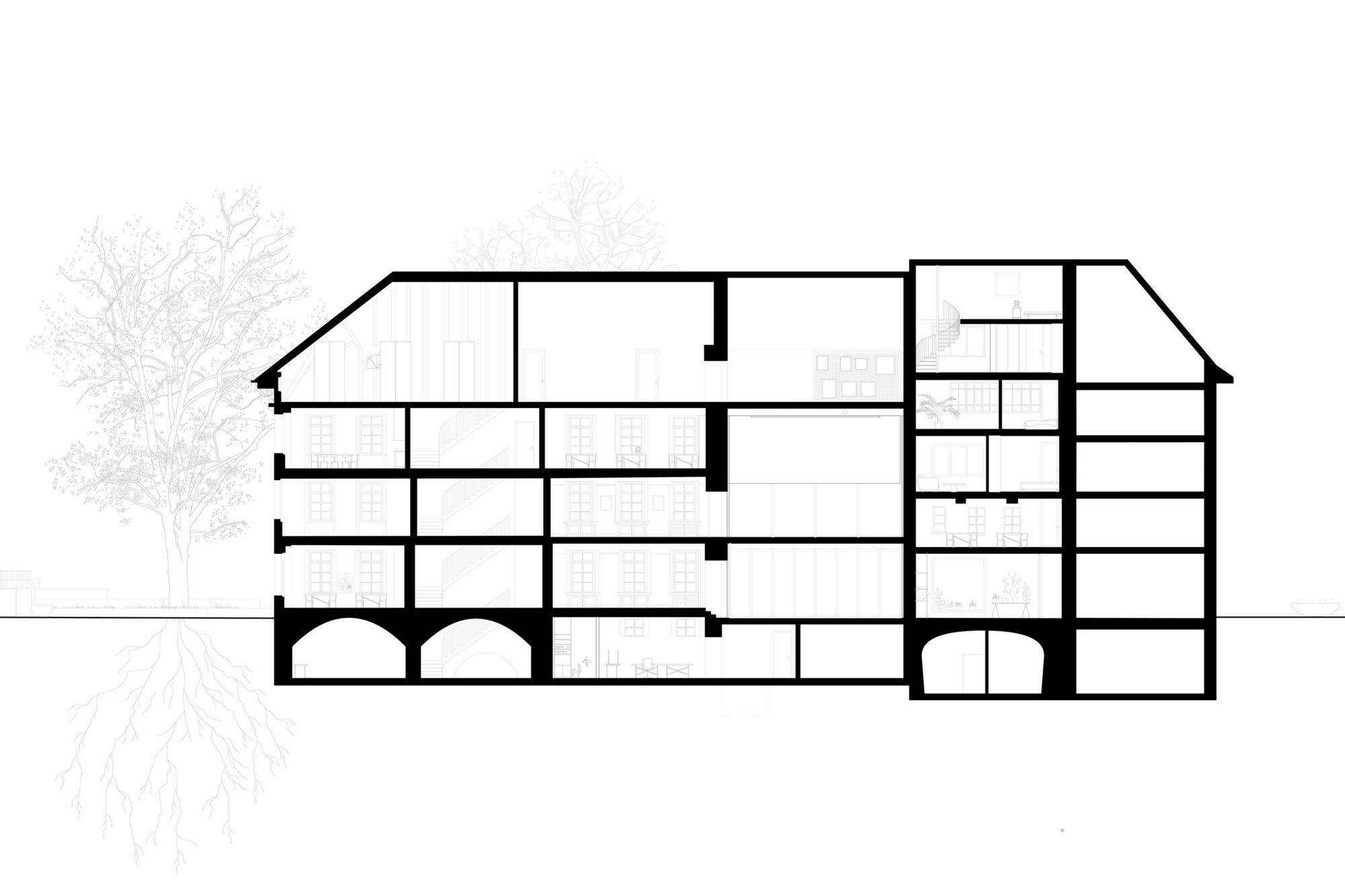 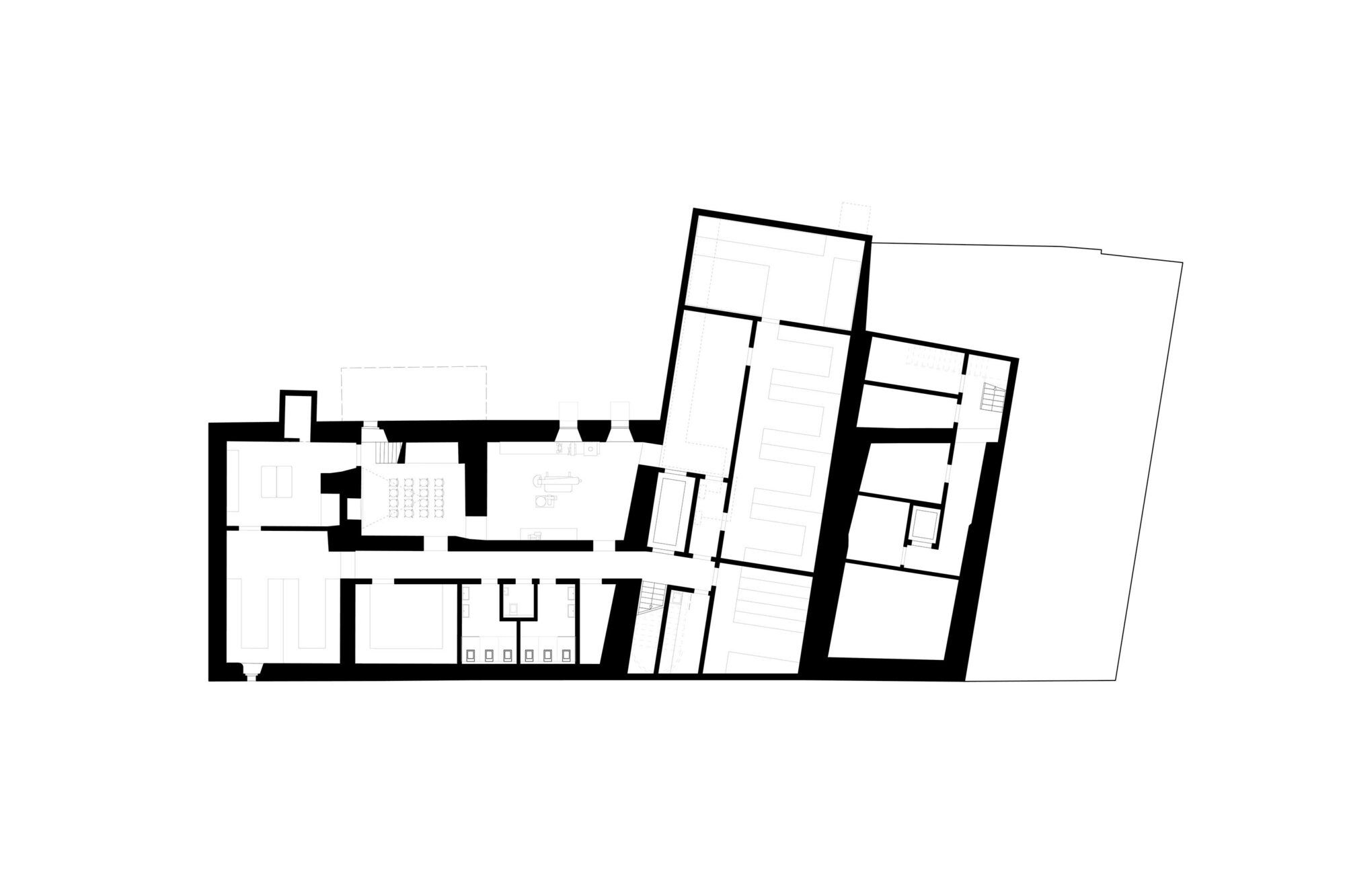 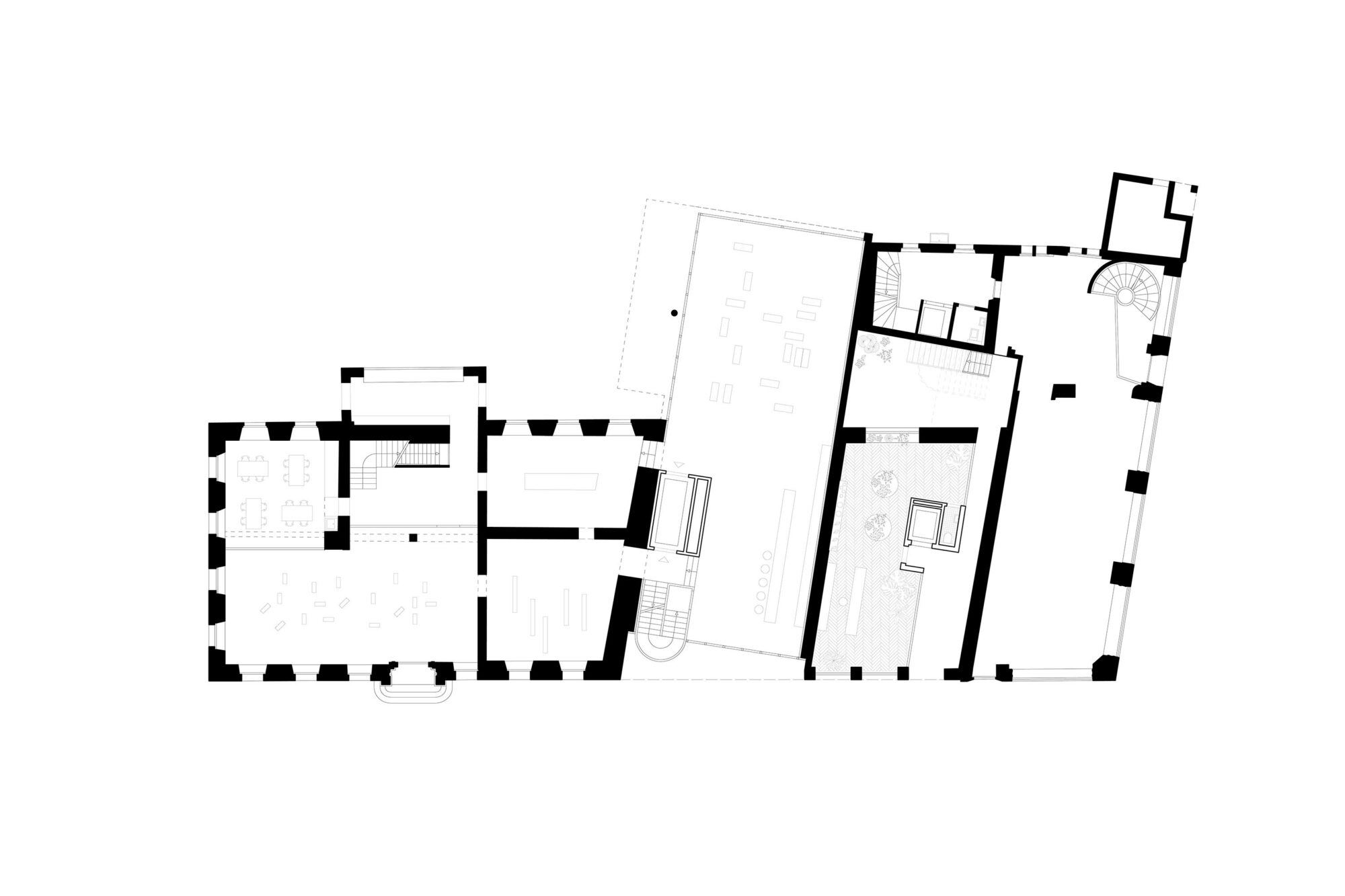 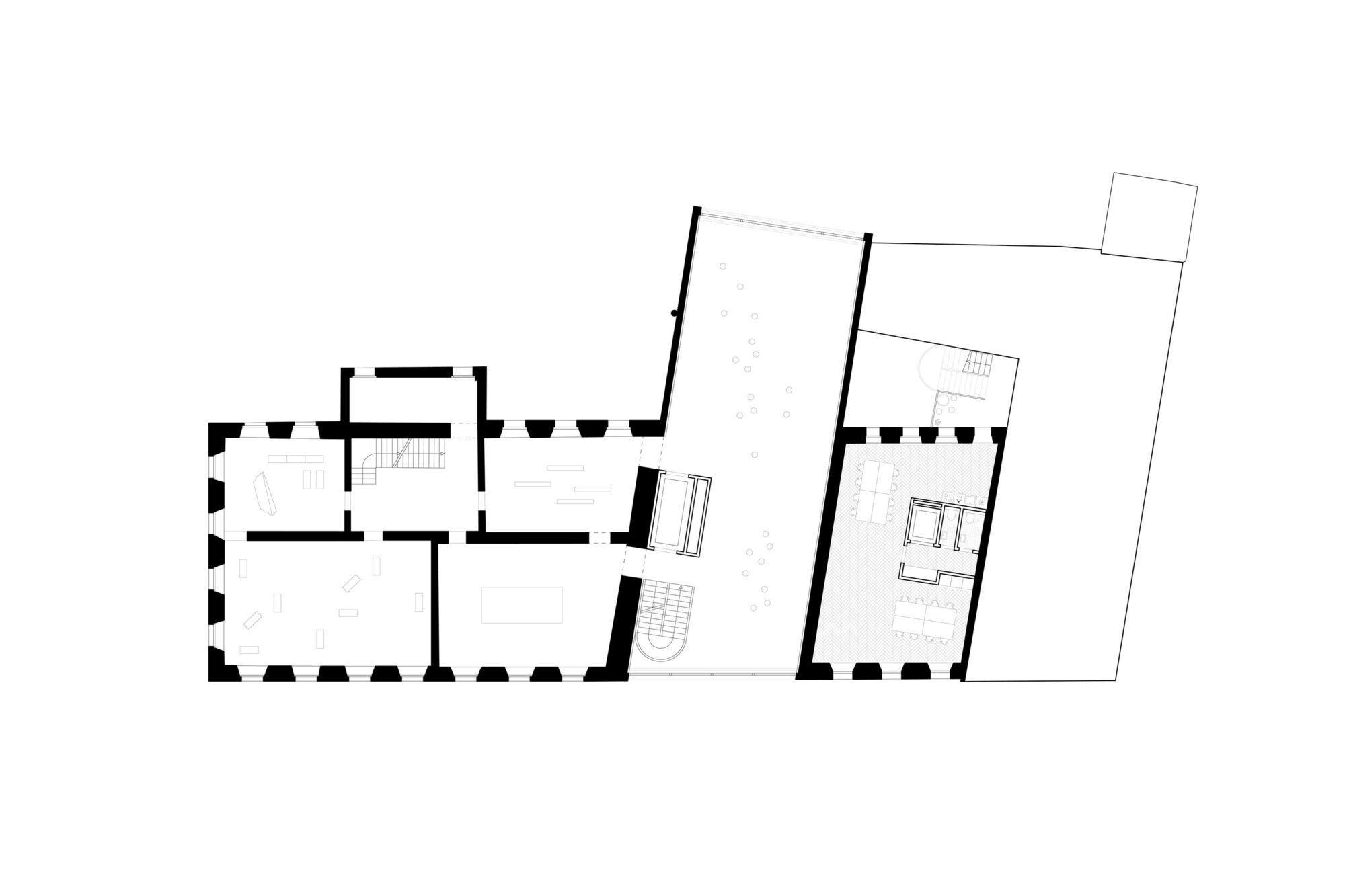 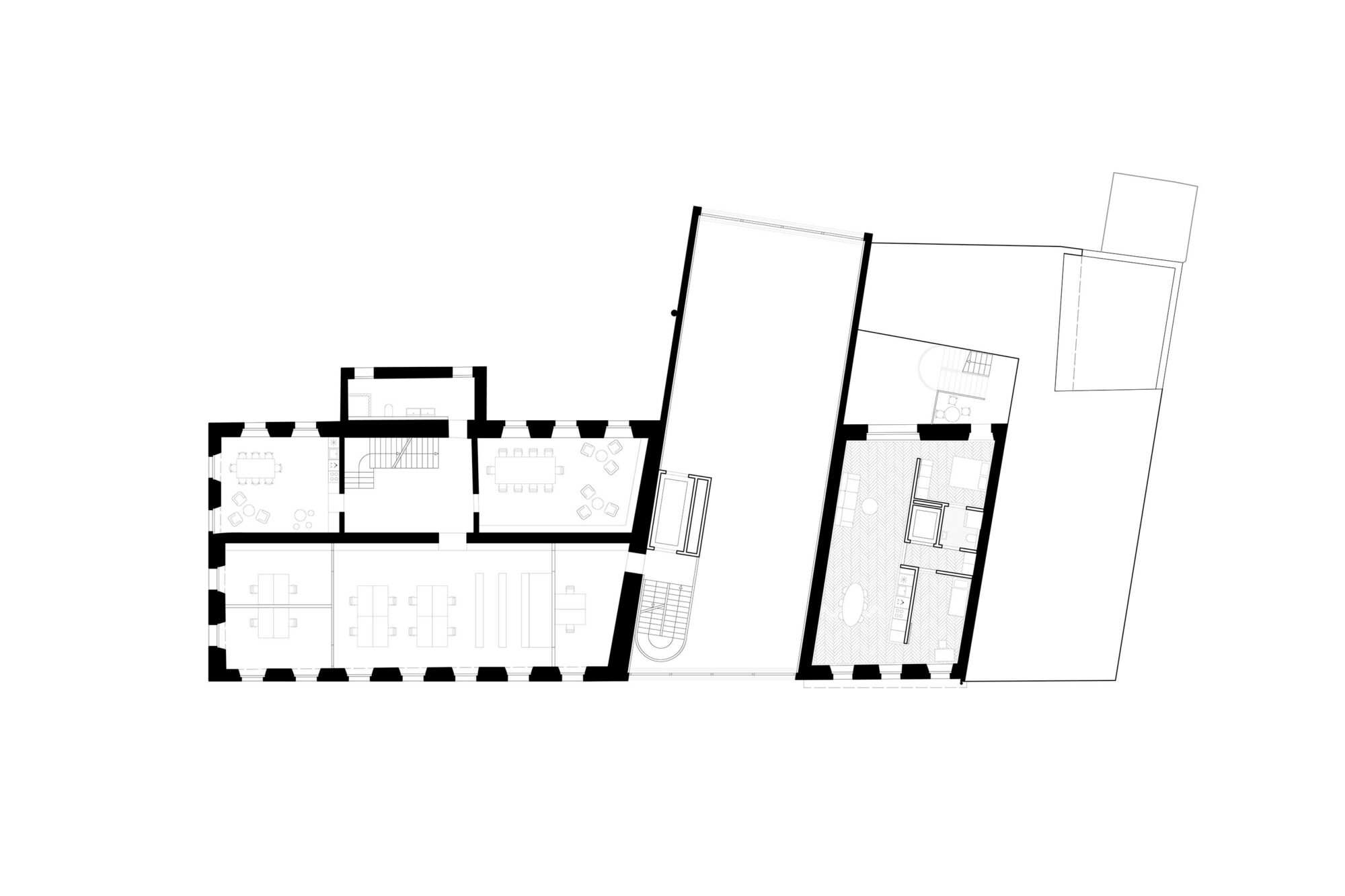 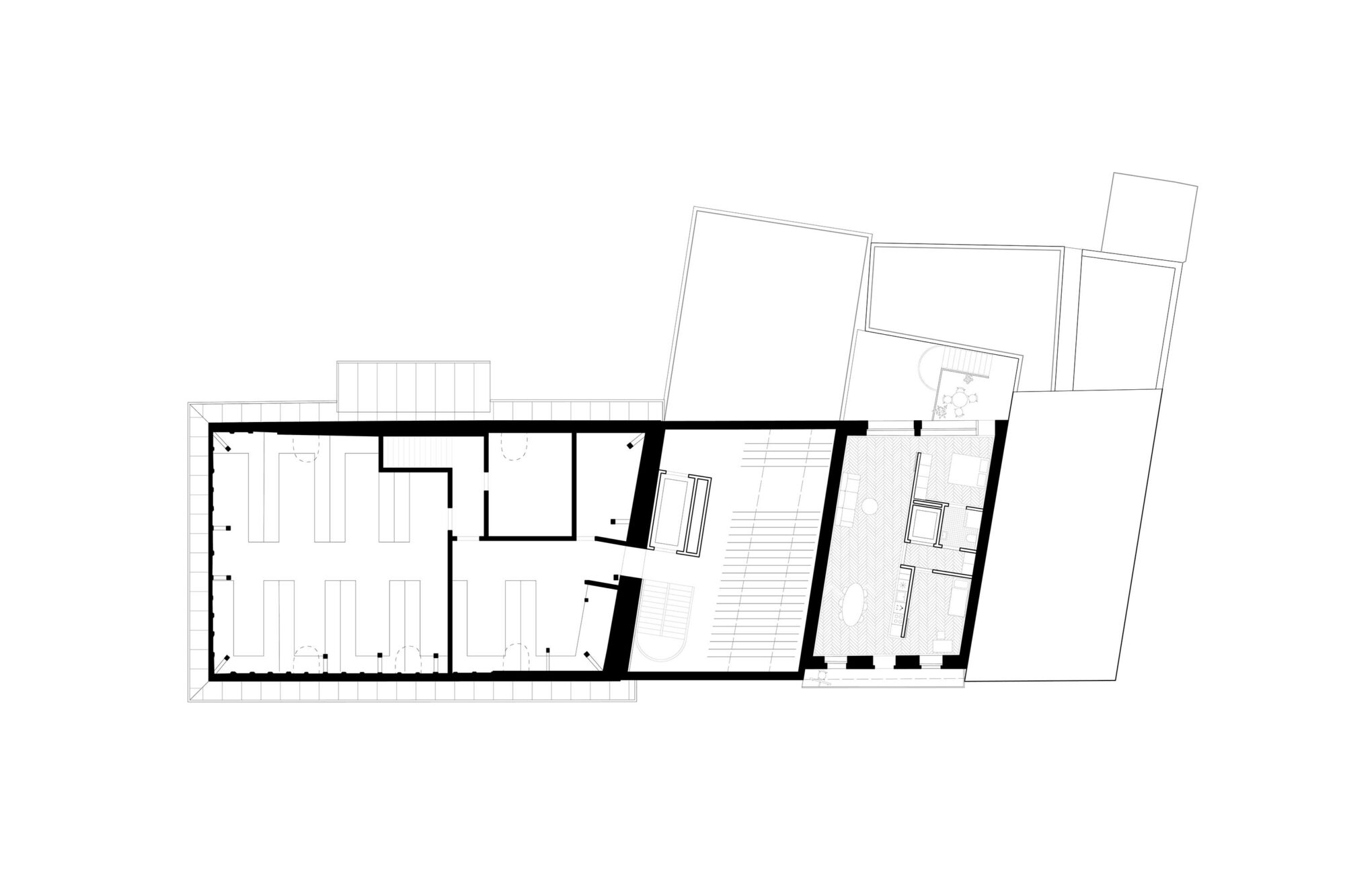 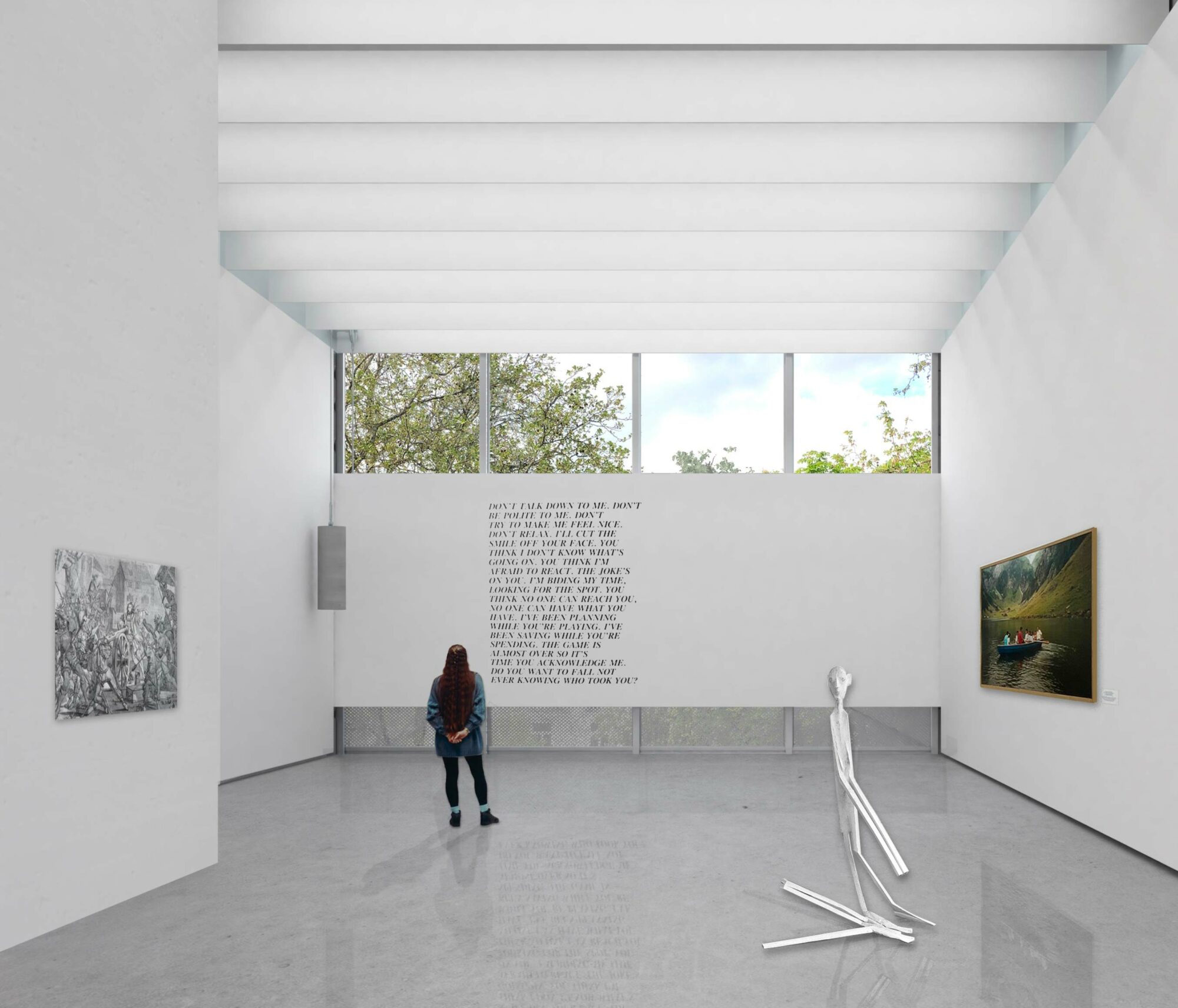 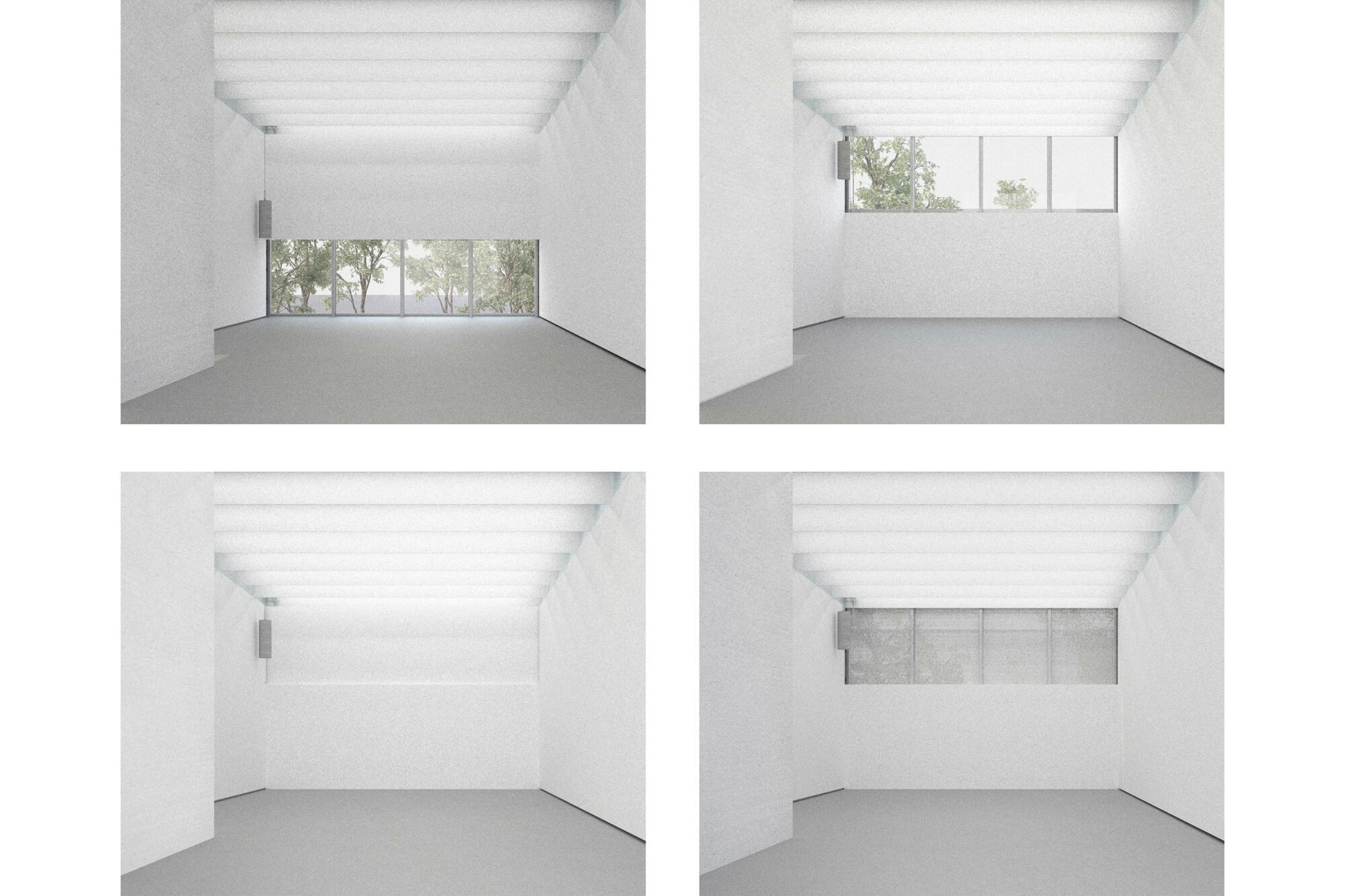 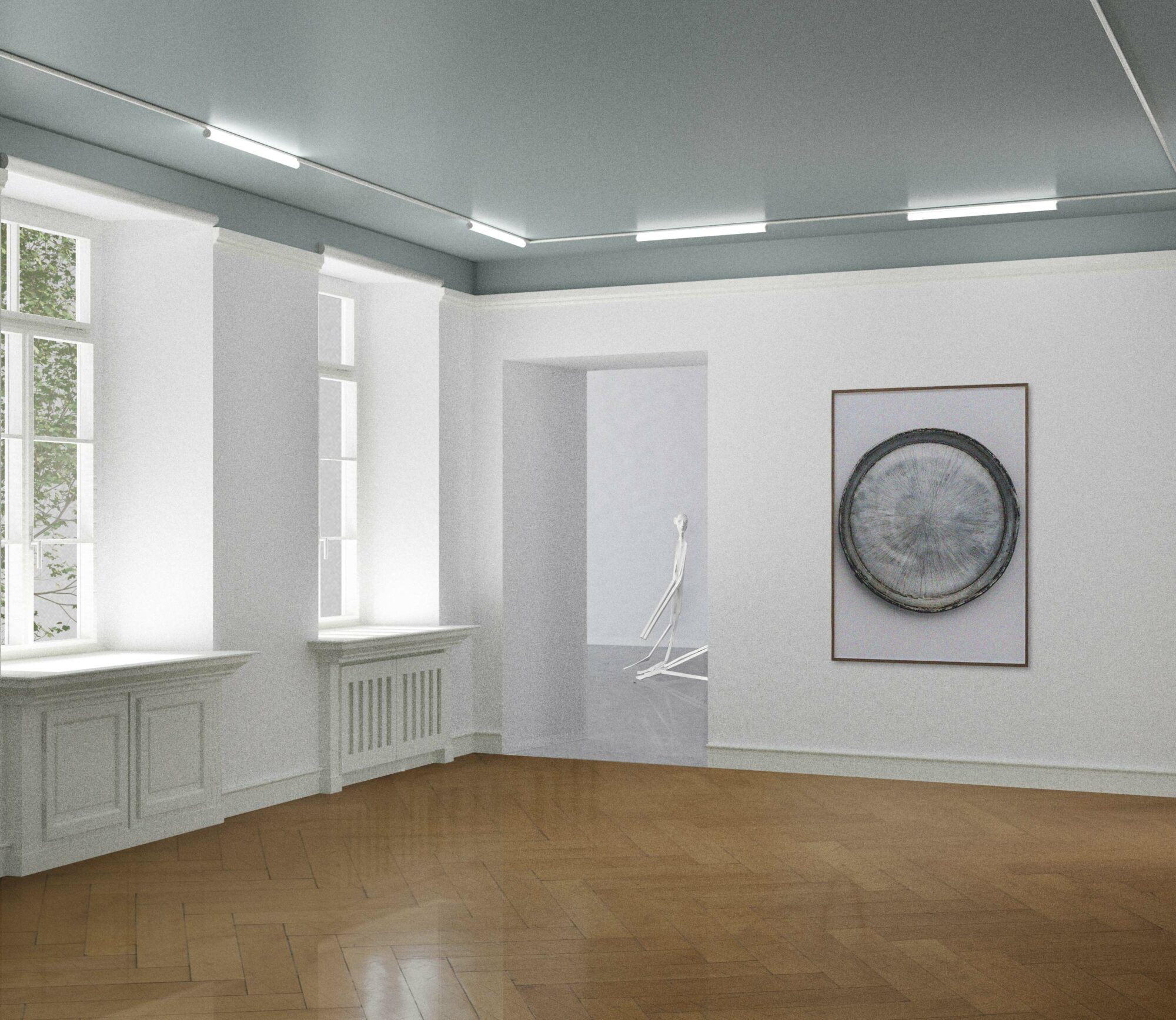