The project ManaBar is characterized by the usage of colored surfaces, in order to describe, superimpose and dissolve space. It is a conversion of a former retail space in a building from the 80s near the main station in Basel. Besides being a public bar, there is room for different forms of games on 3 levels: Classic board and card games, role-playing games, as well as eSport tournaments and live broadcasts or pedagogical workshops that take place in the basement. The „association for elucidation about internet and game culture“ would like to create a meeting point for all kinds of gaming enthusiasts with this new public location in Basel.

How does one create spatial complexity in a limited amount of space? How does one create order in spaces that are characterized by traces of former conversions and geometric messiness? The architectural answer results in a seemingly contradictory strategy: The creation of clearly defined areas, as well as the simultaneous dissolution of the very. The paradigms are projects from early modernism – Theo van Doesburg, Gerrit Rietveld, and in particular Eileen Gray`s Villa „E.1027“. Different color nuances define areas on the floor, but whose borders are never explicit. The colored surfaces on the walls create a different spatial logic, and the bespoke furniture superimposes different zones or reaches arount corners. Numerous mirrors dissolve the spatial borders visually. The thus created spatial impression is constantly in a state of uncertainty.

Artificial lighting is used in a way that it creates temporary, alterable spaces. Linear ceiling lights, which are formed to different, regular polygons, create the background lighting of the two upper spaces. More intimate atmospheres can be regulated by the users through rotatable wall lamps made of bent steel tubes. The performative aspect of individual movable elements is continued with rotatable displays attached to the shelves, as well as the custom designed tables, the can be re-arranged to a single, double or group formation according to different requirements.

We are interested in the continuous blurring of borders, which we perceive as a very contemporary condition – in architectural and urban, as well as social and political spaces. 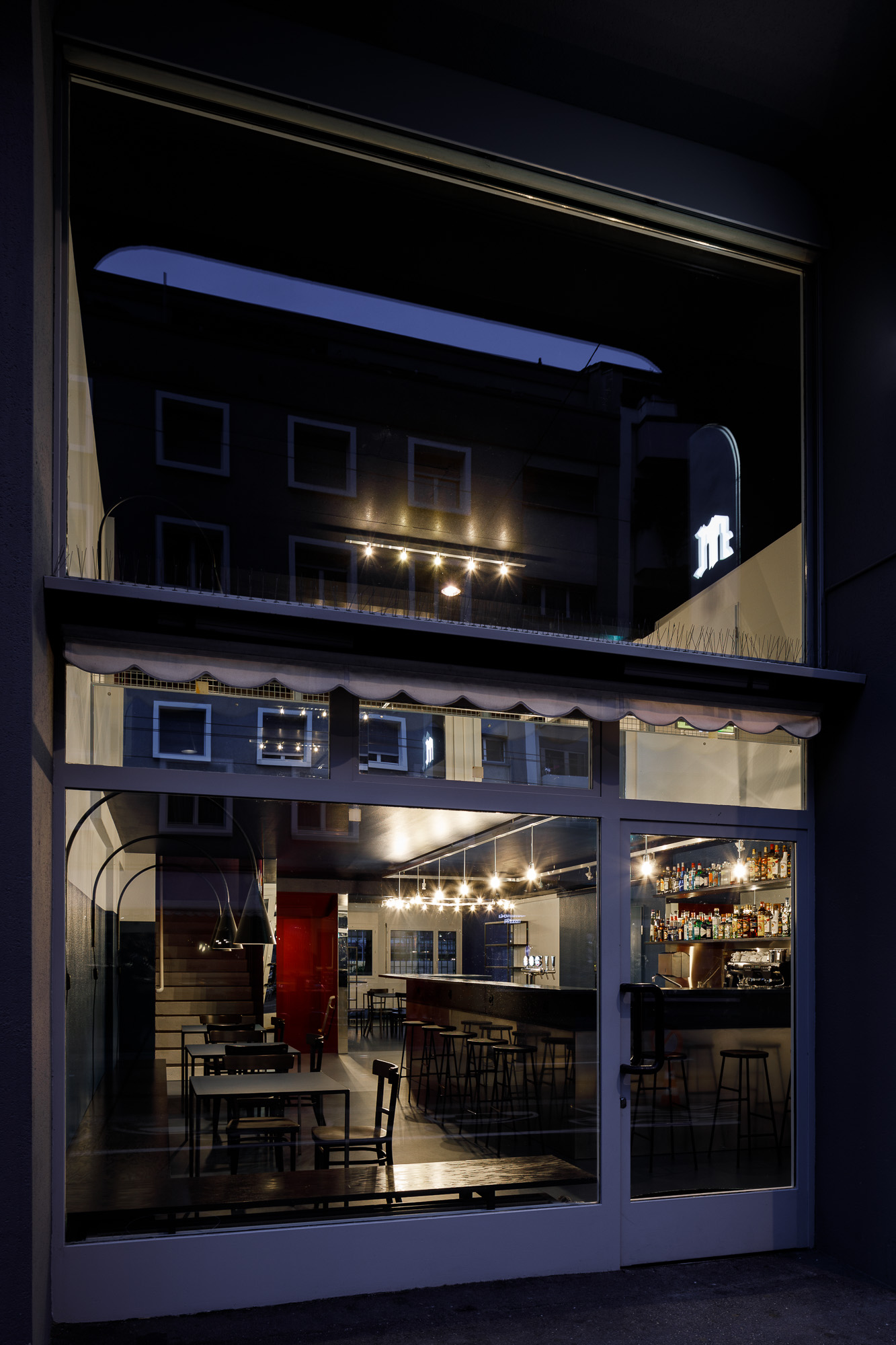 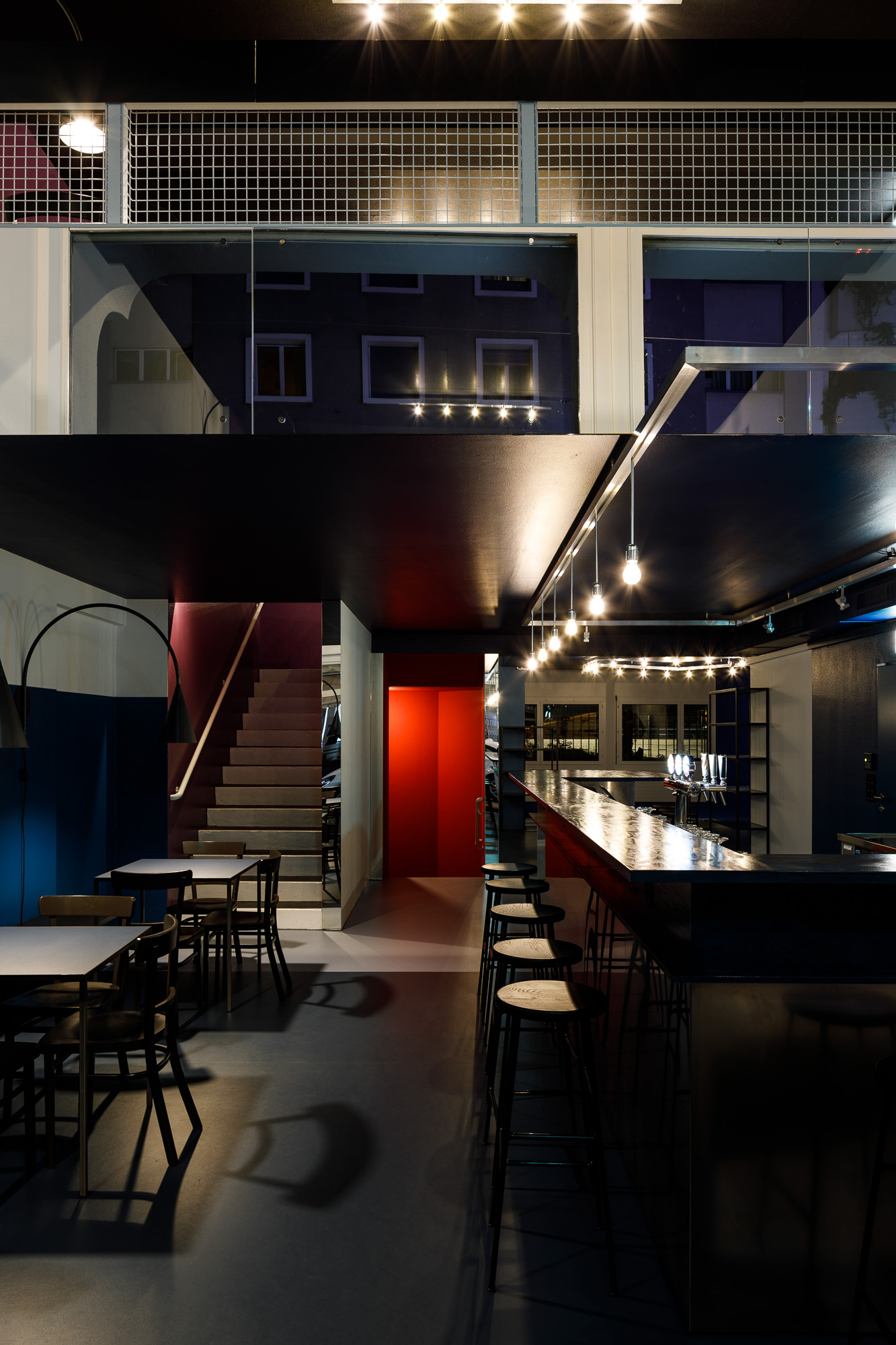 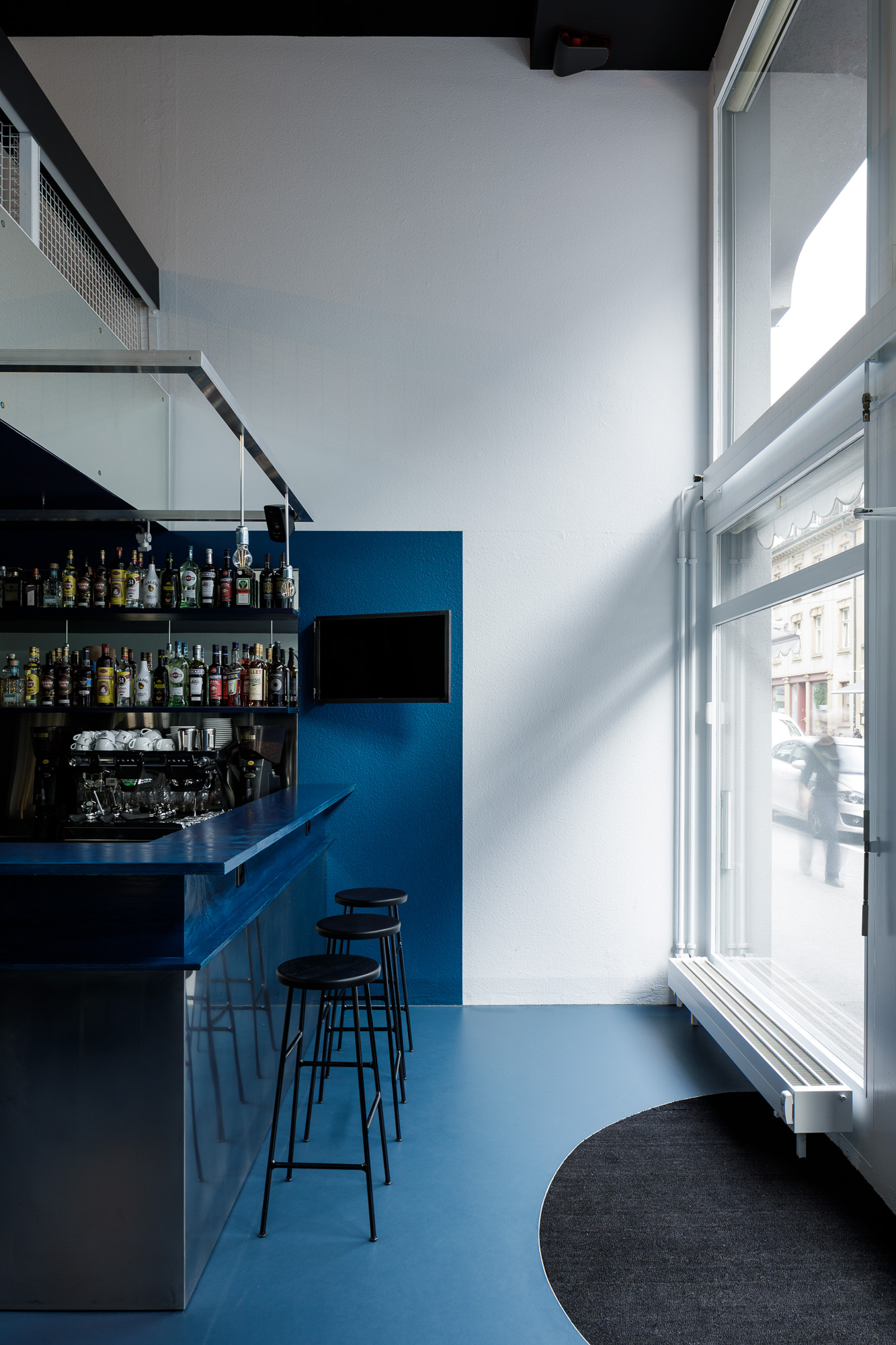 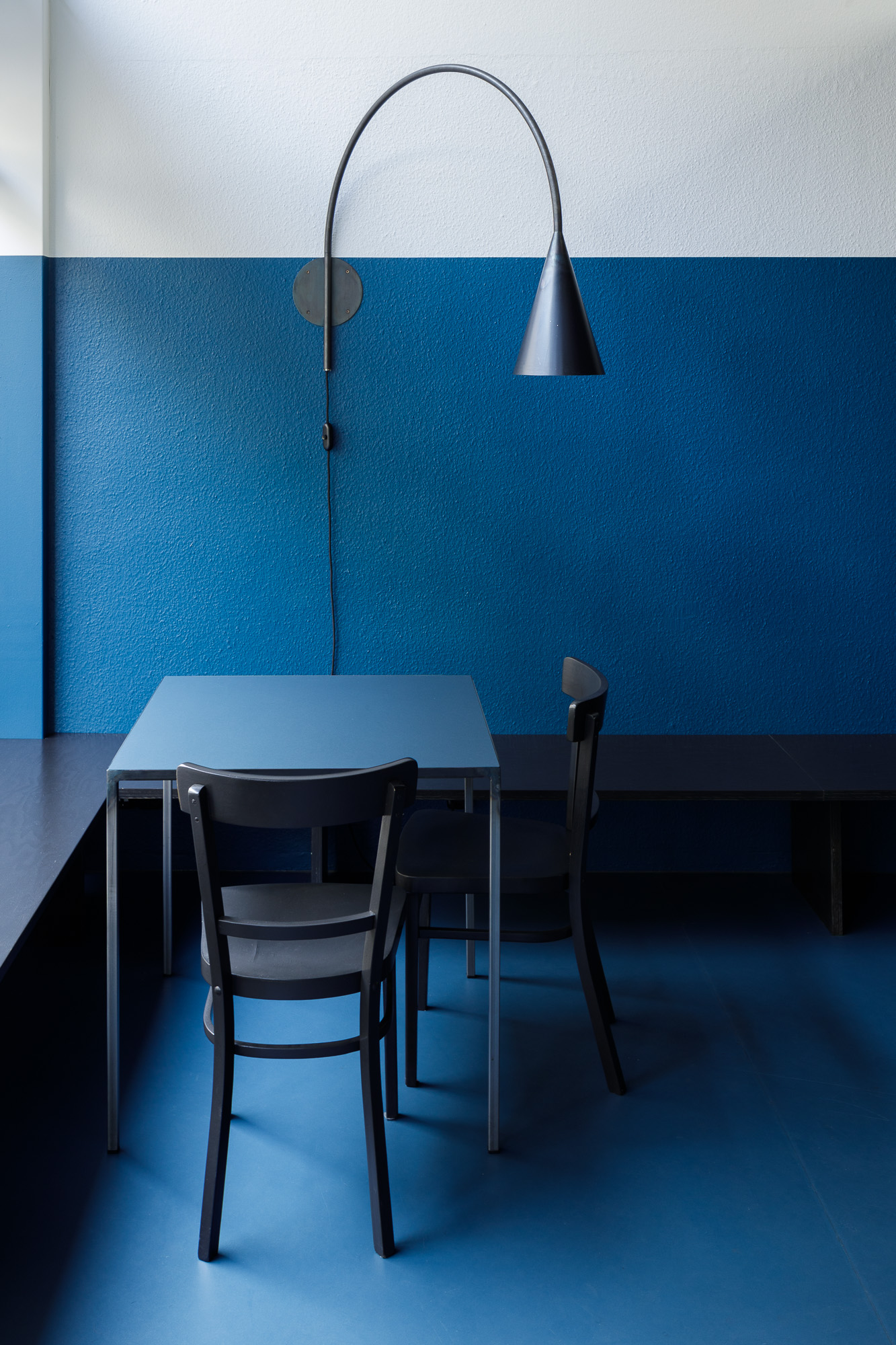 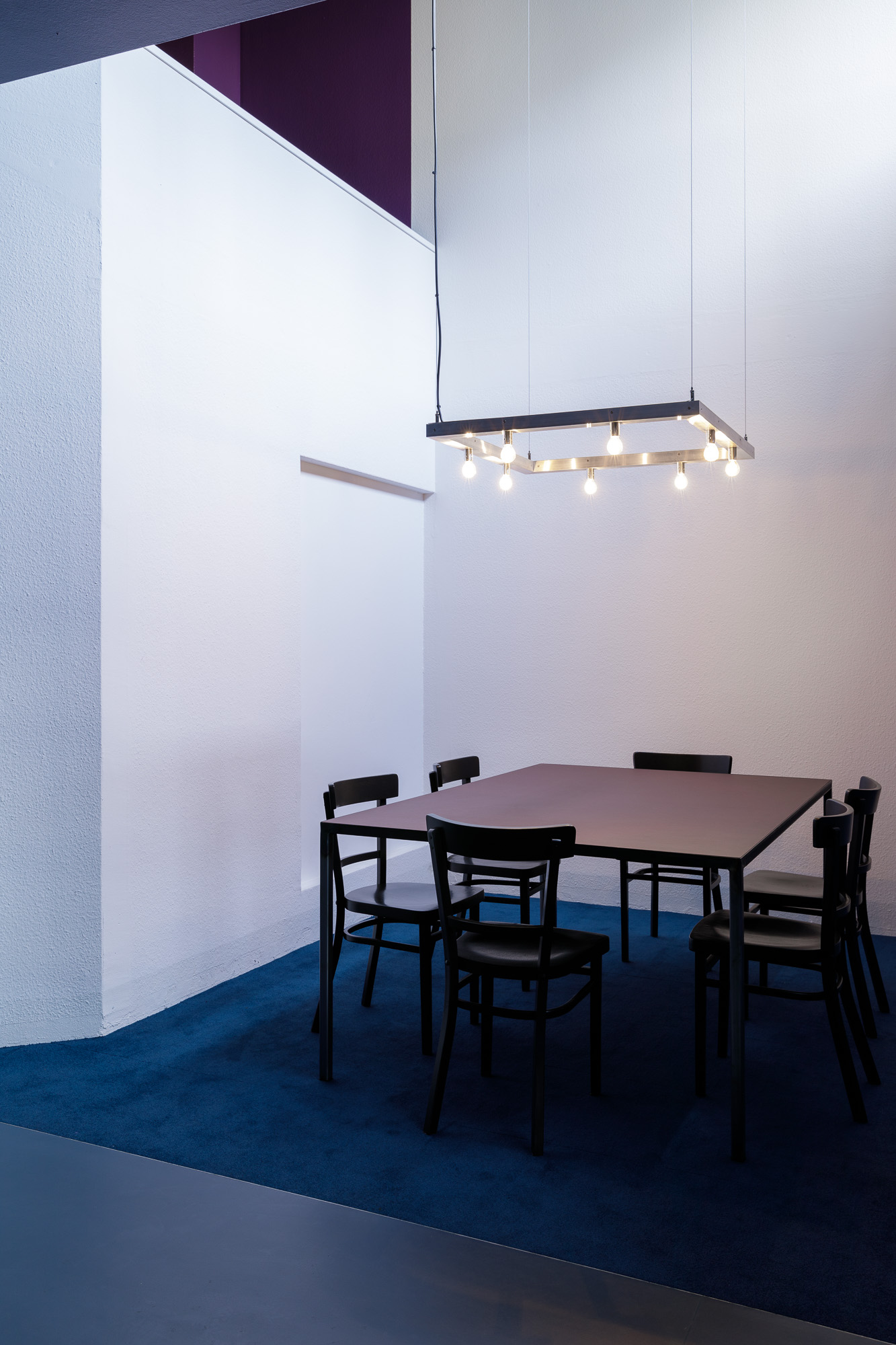 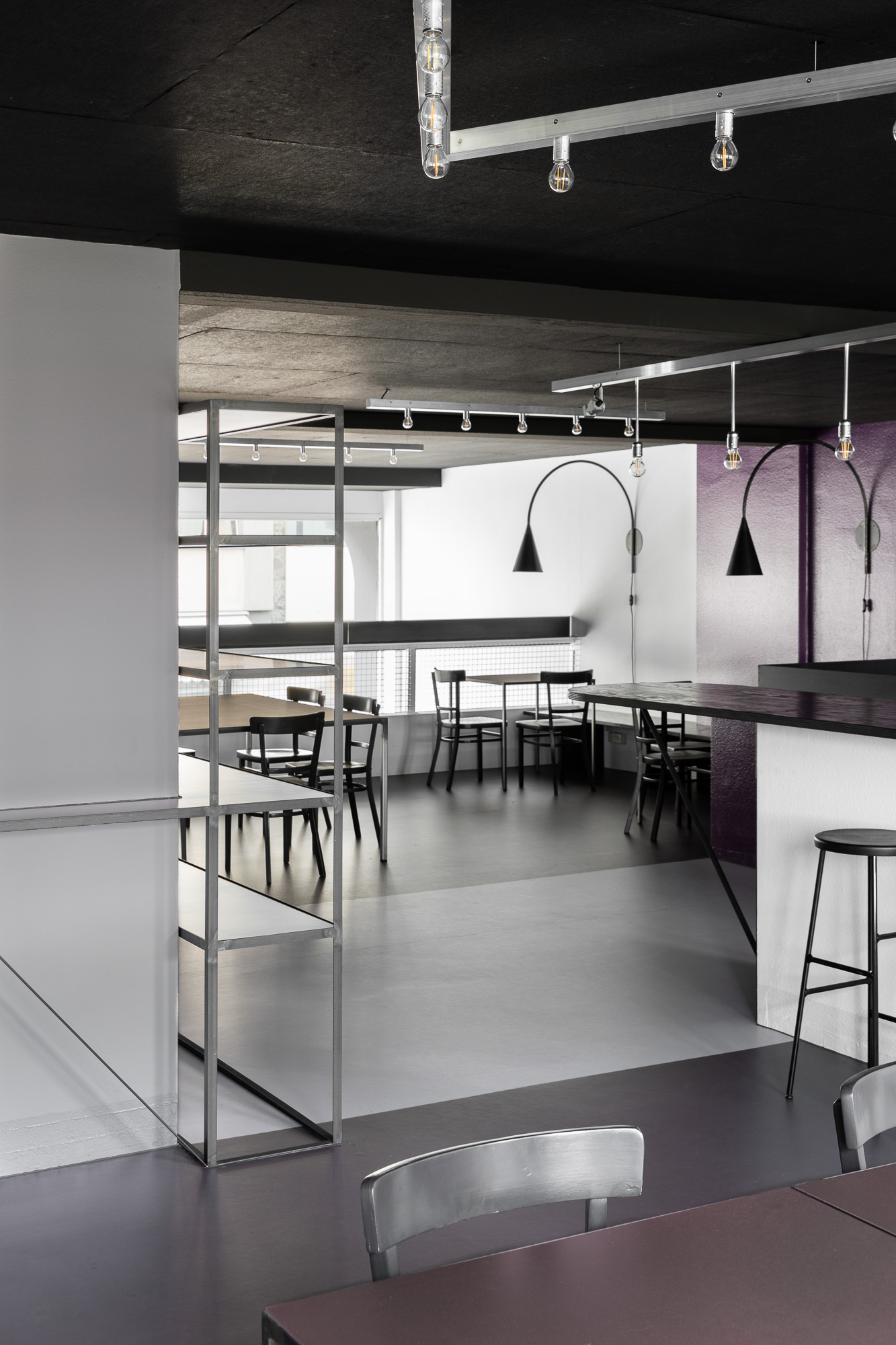 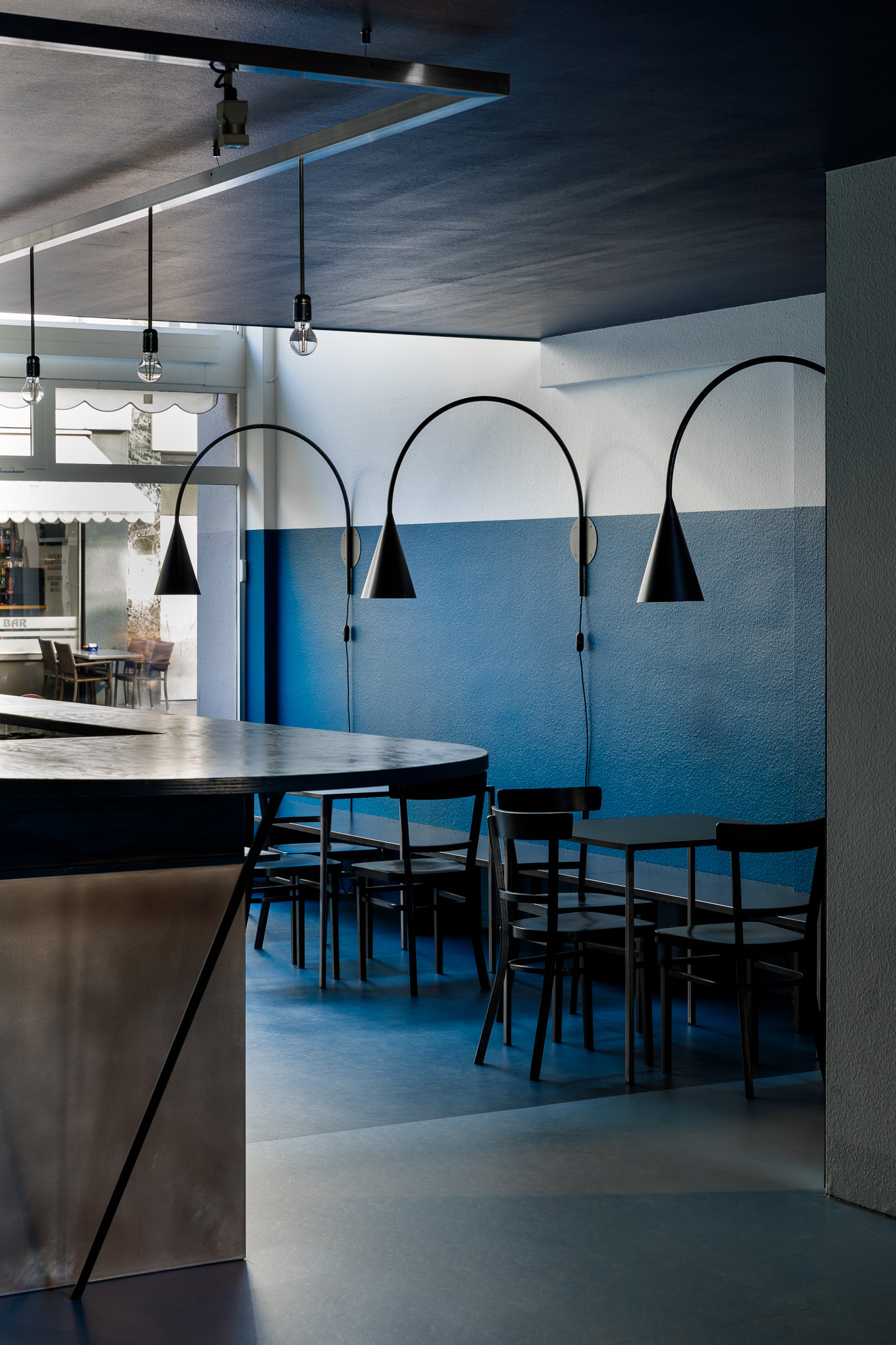 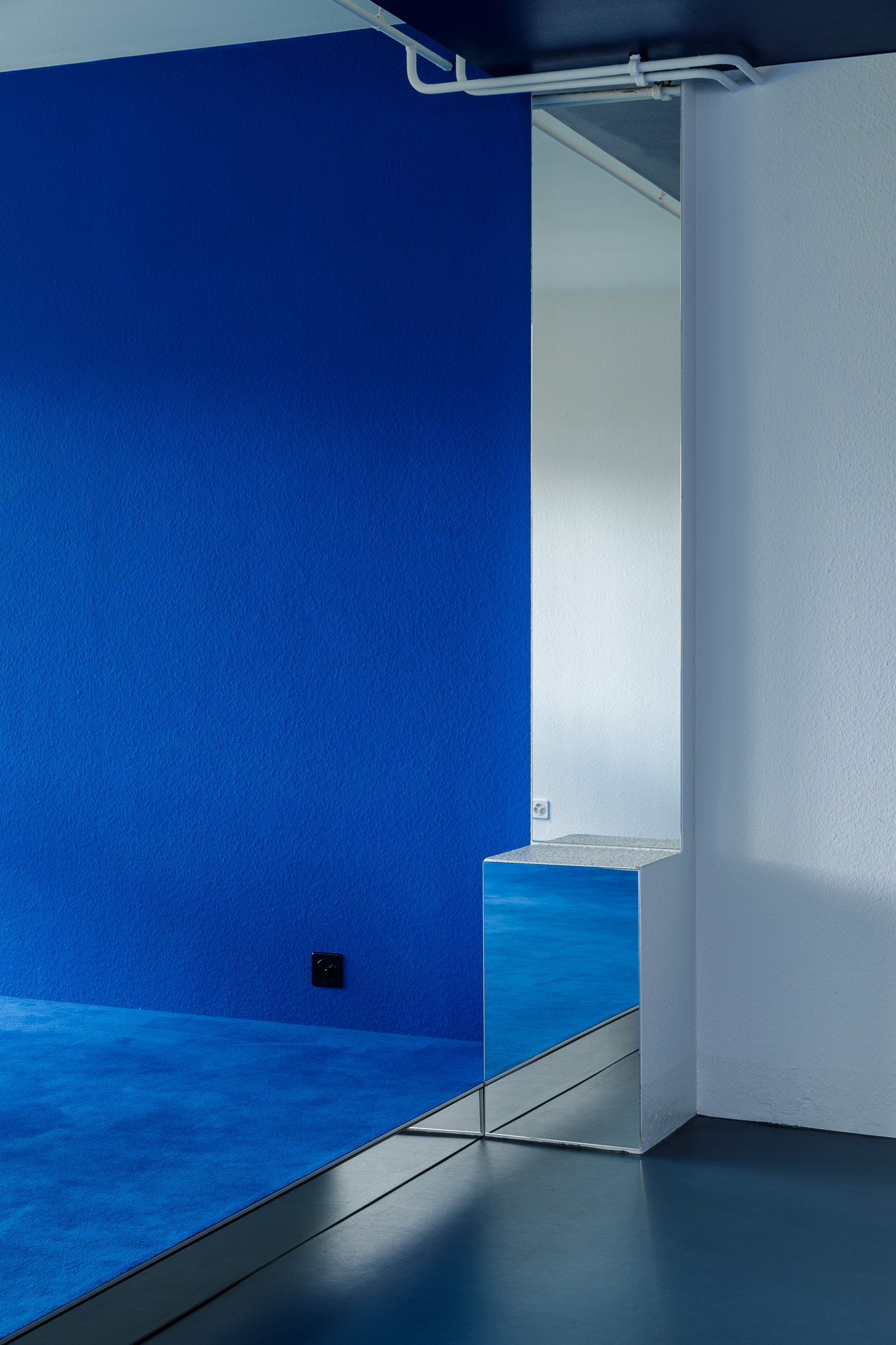 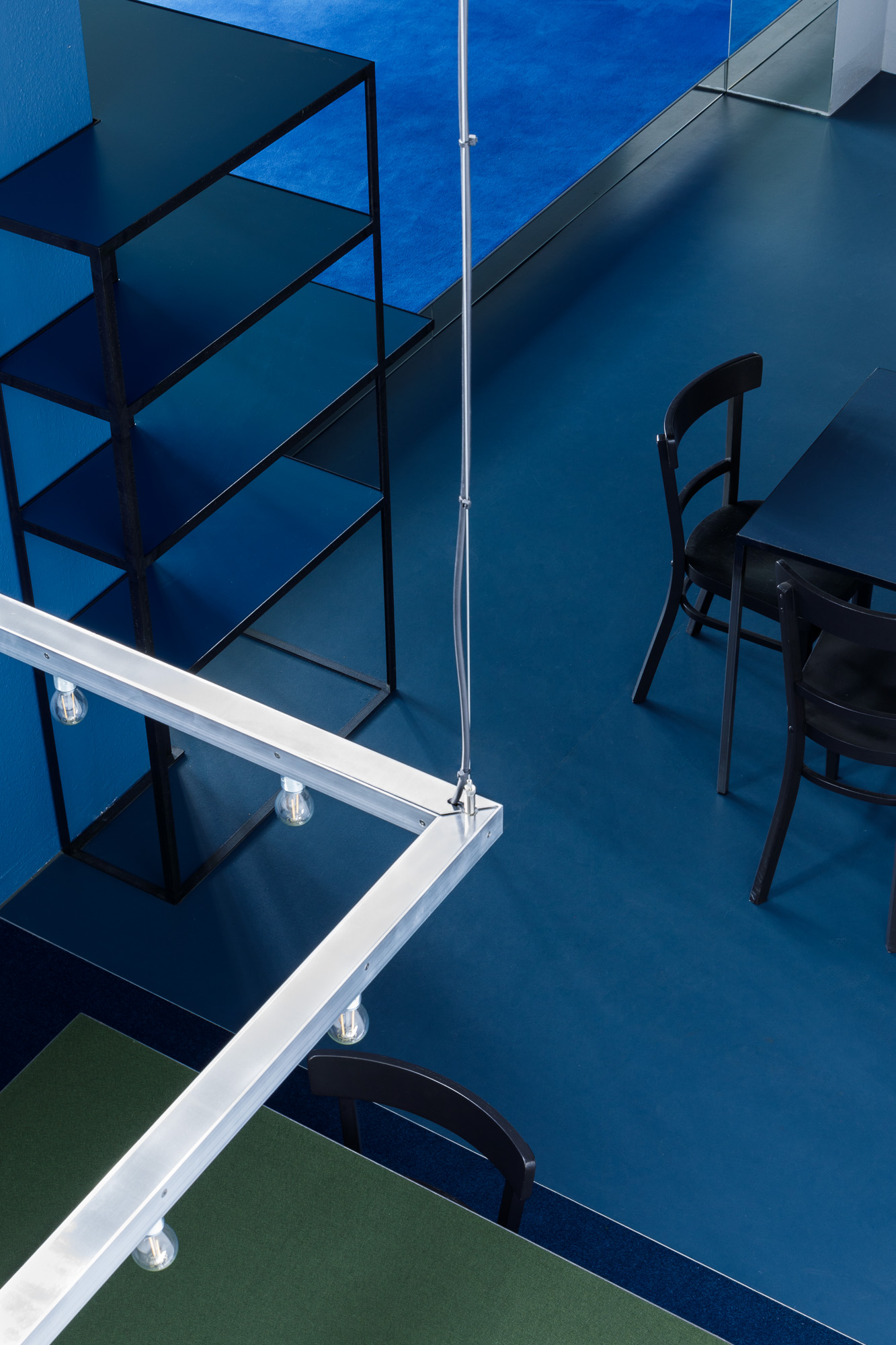 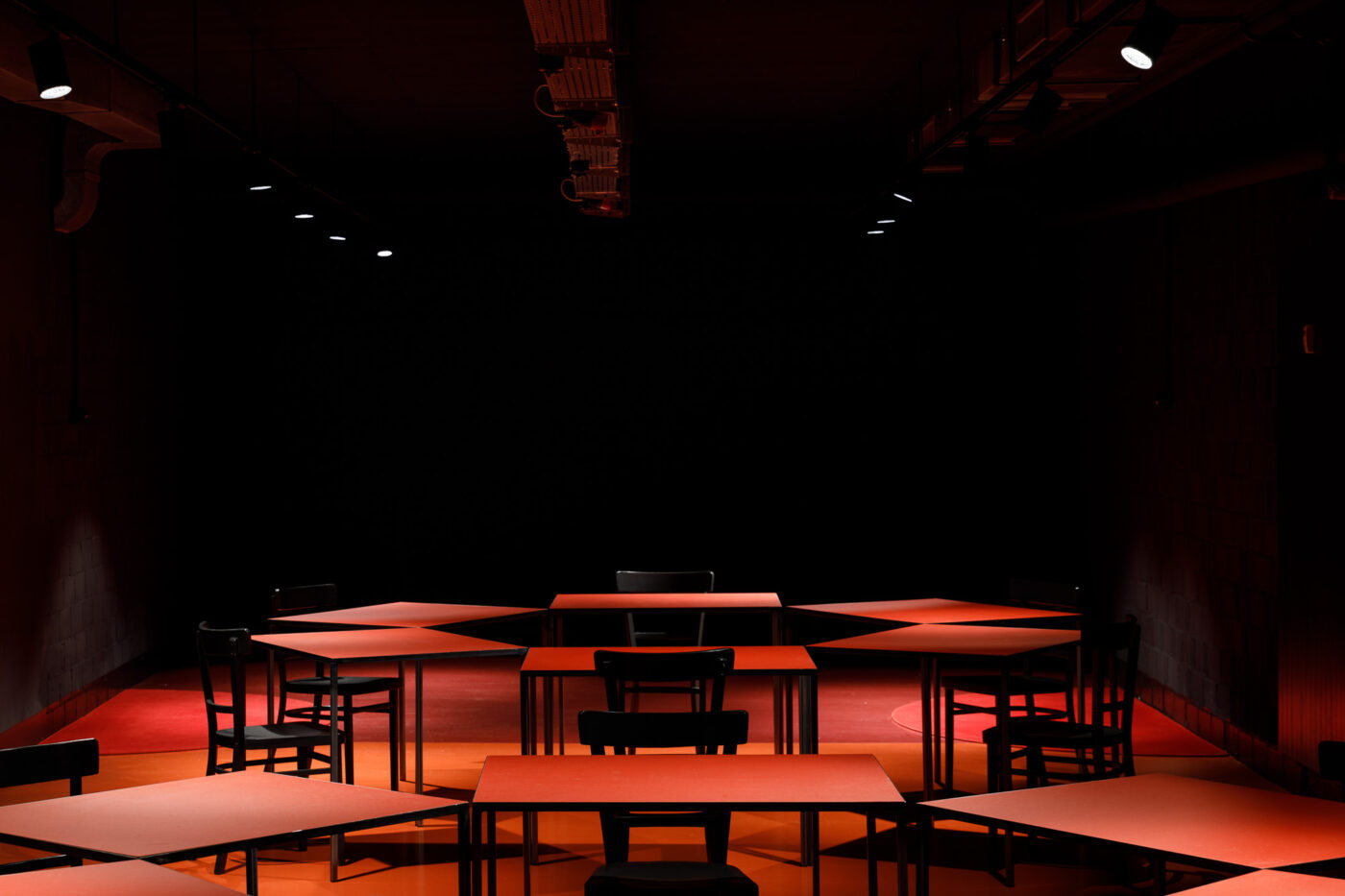 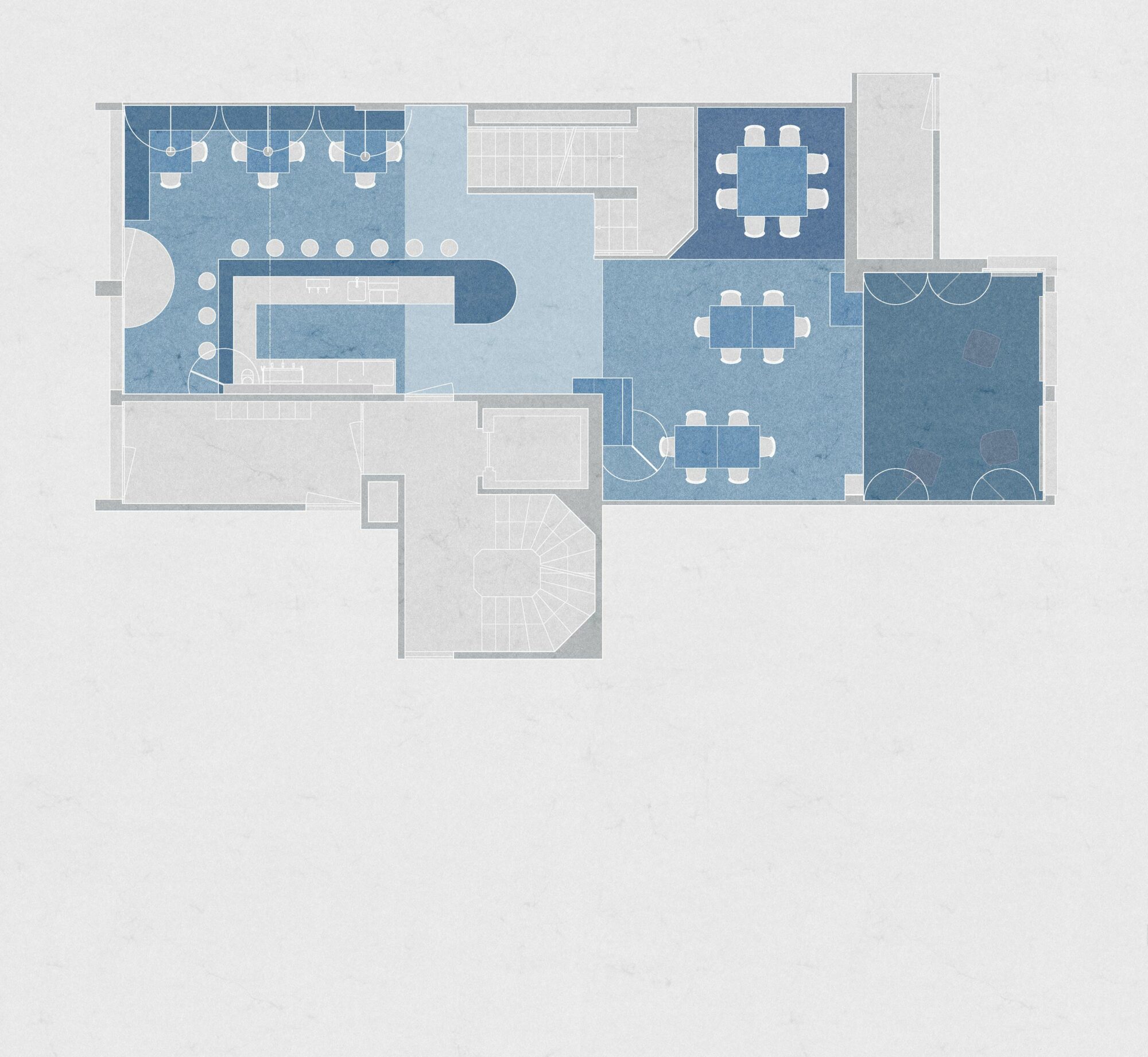 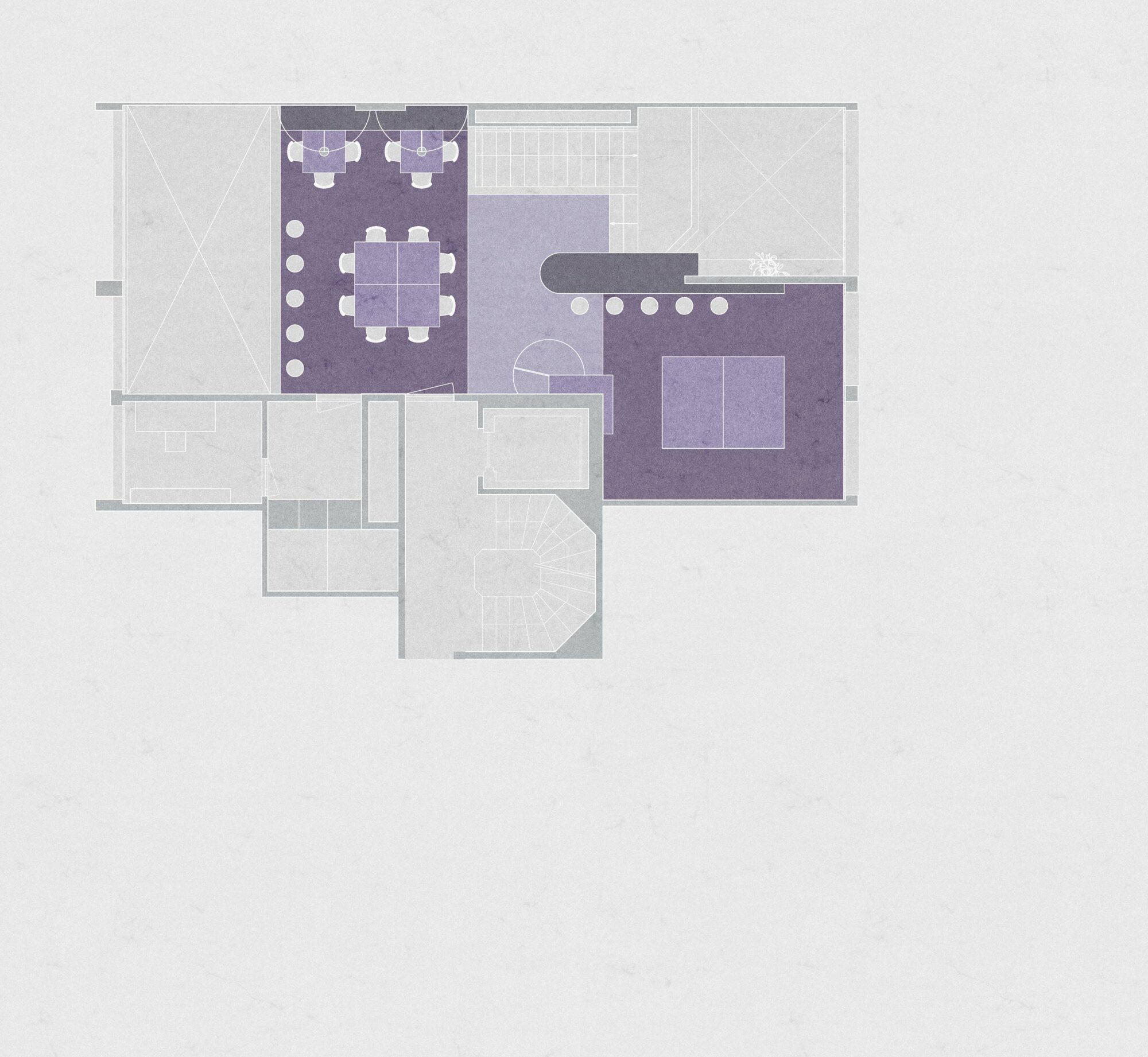 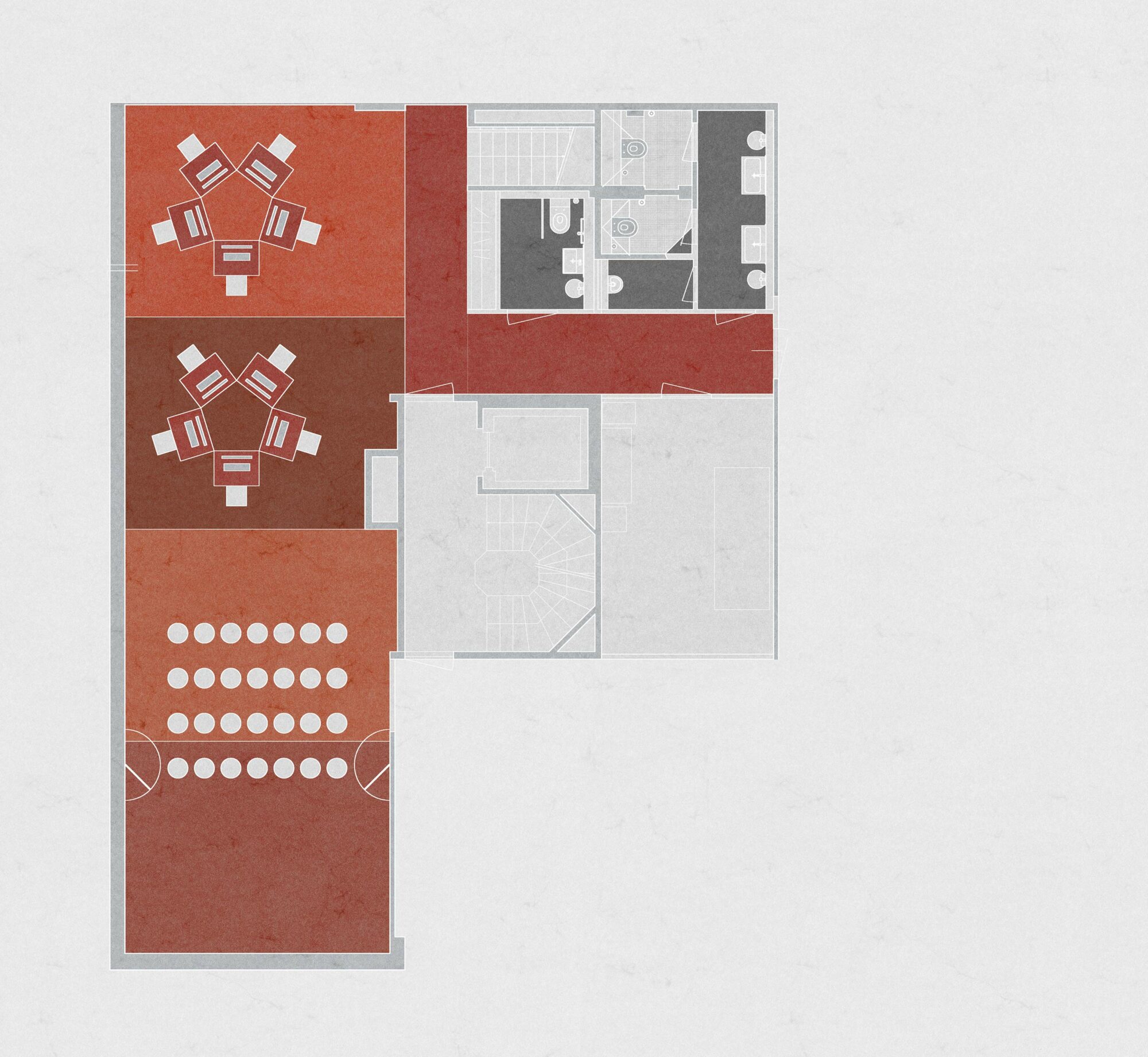 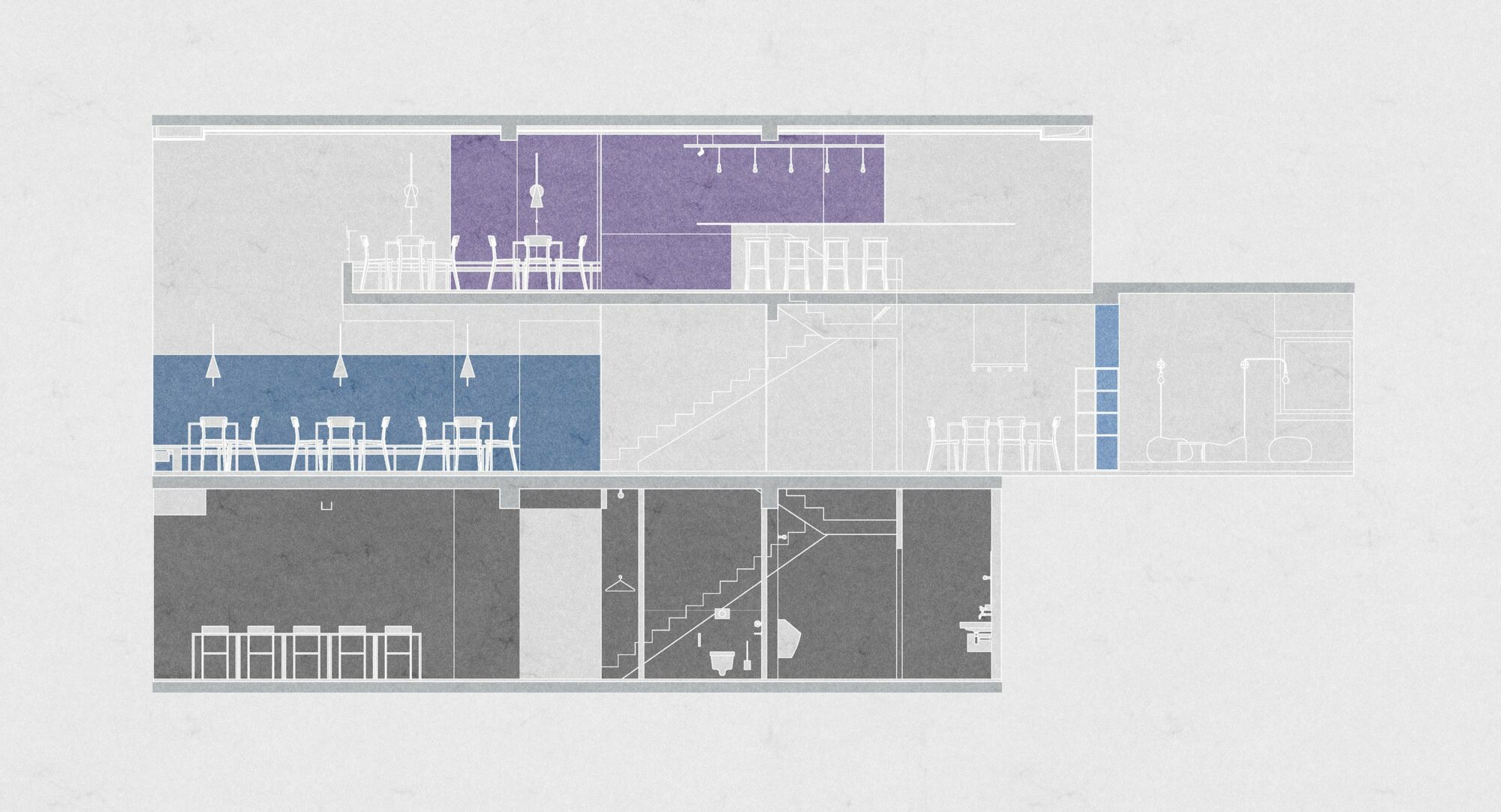 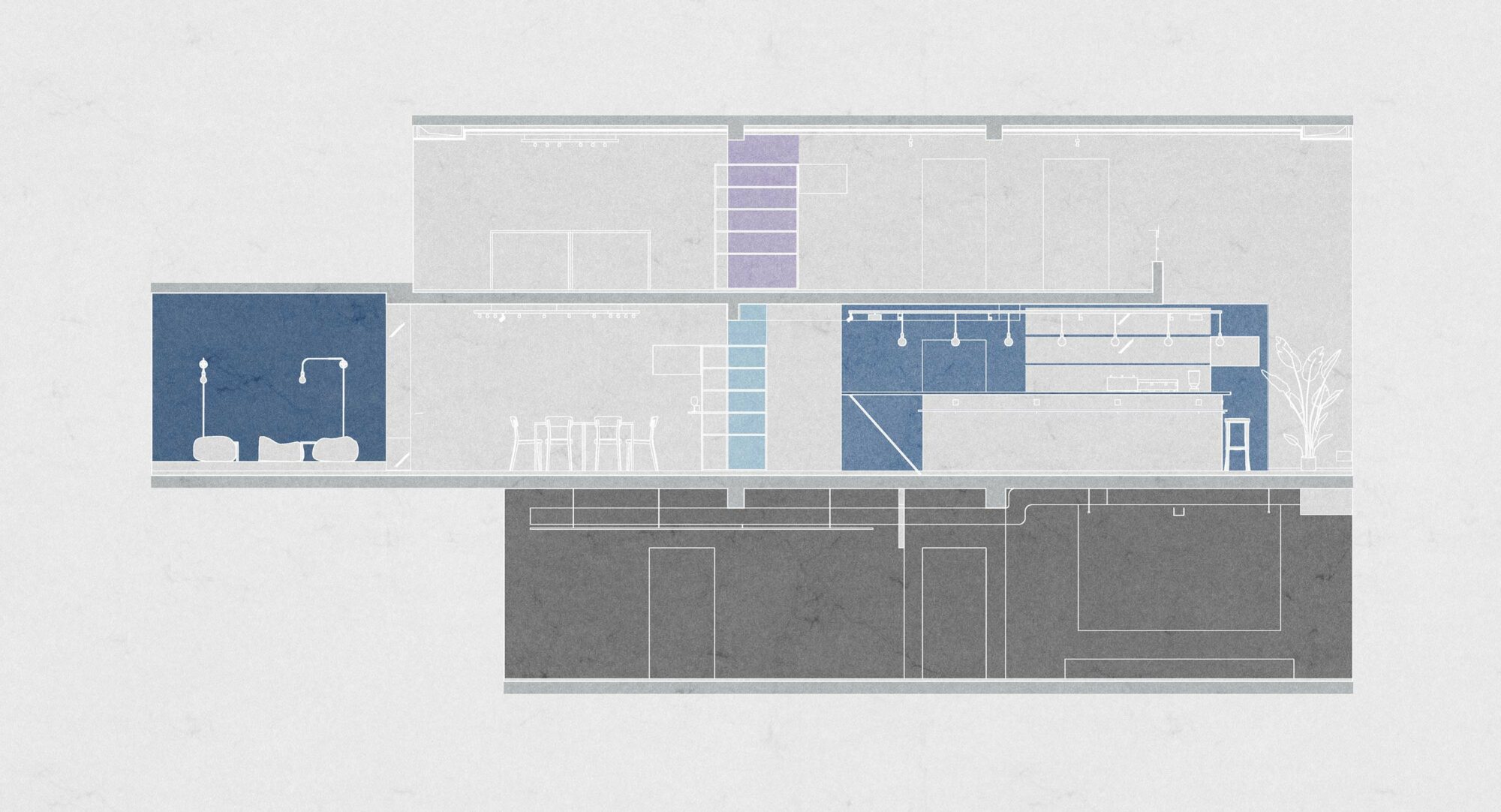 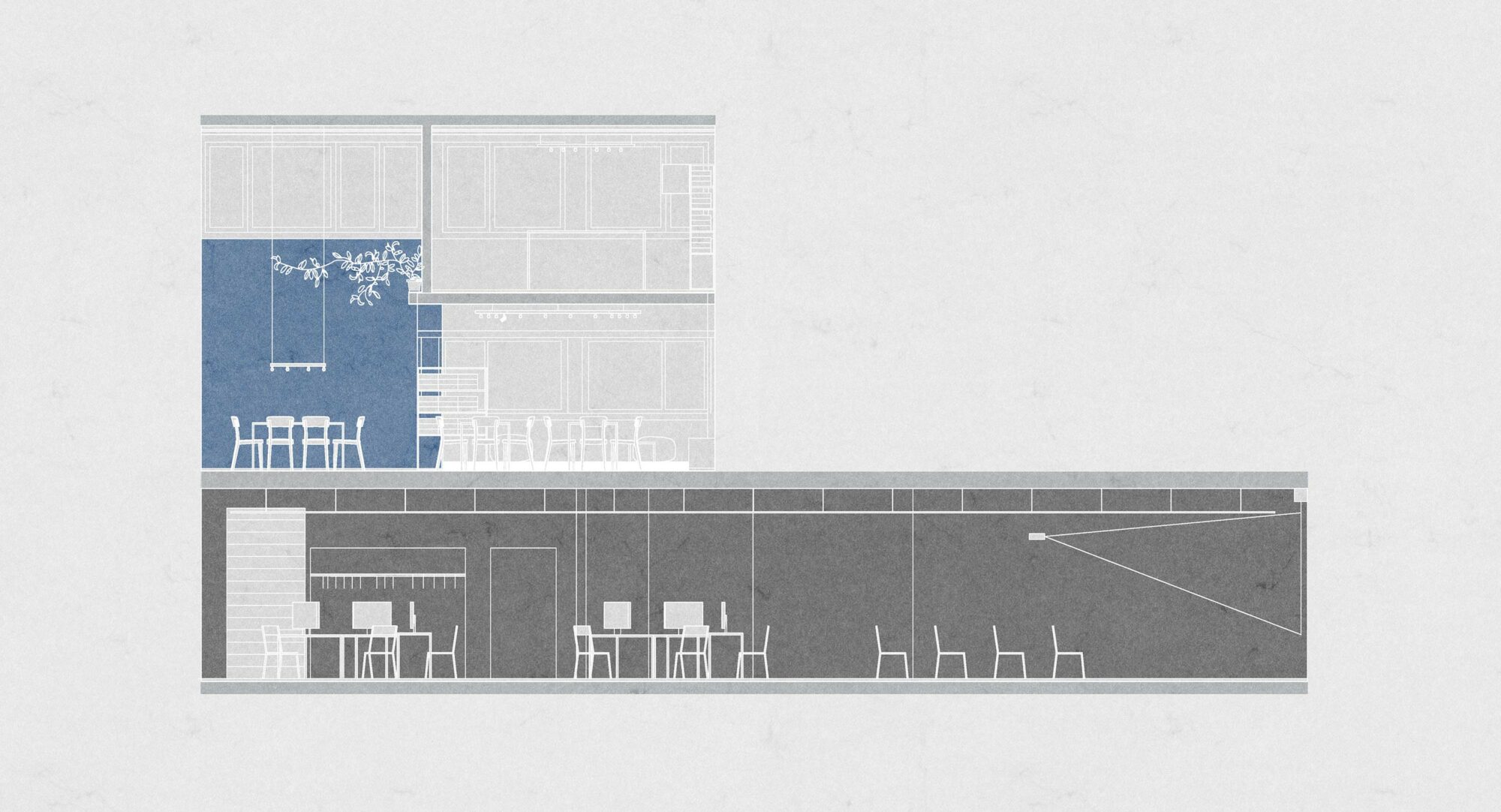