1. Prize
Open Competition for the extension of  the School-Campus Binningen with a school building, gym and kindergarden, 2017
Realization 2019-2024
Weyell Zipse Architekten with Hörner Architekten, in collaboration with August und Margrith Künzel Landschaftsarchitekten

A building in the ensemble of built and landscape
The new school building of Binningen stands embedded in the last point of the greenspace of the Basel Zoo. In opposition to the proposed position in the brief, the newbuilt is not placed between the two existing school buildings of the campus, but in a peripheric position in the north-east of the plot. This creates the possibility to keep the village square in its current dimension. The new centre of Binningen remains its character of a space-sequence, which is differentiated and strenghtened in character. The new building marks this re-activated center as a solitaire in the landscape, equally visible from both valley sides.

The numerous program parts of gym, school and kindergarden are condensed in a compact volume. This enables the demolition of the existing single-gym, and strengthens the visual relation to the opposite valleyside, with the symbolic center of the existing church. The existing school buildings are witnesses of the village development of Binningen, and carriers of the atmospheric identity of the historic core. They are both kept and re-used.

The new school building is part of the school-ensemble and still conceived as part of the landscape: The wooden structure rests on a plynth of concrete, that grows out of the typical terraces that are so typical for Binningen. The wall towards the topography as well as the plynth of the new building consists of unevenly blasted washed-out concrete, with the expression of a garden wall. The wood structure above is clad with a fine, bright wood cladding, made of sanded wood boards and large scale facade panels. The marbled wood grain of the panels cover, ornament-like, the ballustrade areas of the facade.

On groundfloor, the kindergarden is arranged around the auditorium, that can be used as a playing area if not in use. A prgrammatic shuffle in the existing school buildings allows, that the upper floors of the new building can be used as pure classroom-constellations: Clusters consisting of classrooms and semi-classrooms, as well as grouprooms, group themselves around a flexible teaching area which also provides the circulation space. The plynth contains the two gyms, that are lit sideways from the football field.

The kindergarden is linked to an outdoor space via a wide ramp that leads to the lower level. The enclosed garden is equipped with different green areas, and a pavillion with toys for playing. The various materials like pebblestones, sand and lawn areas offer various playing opportunities. 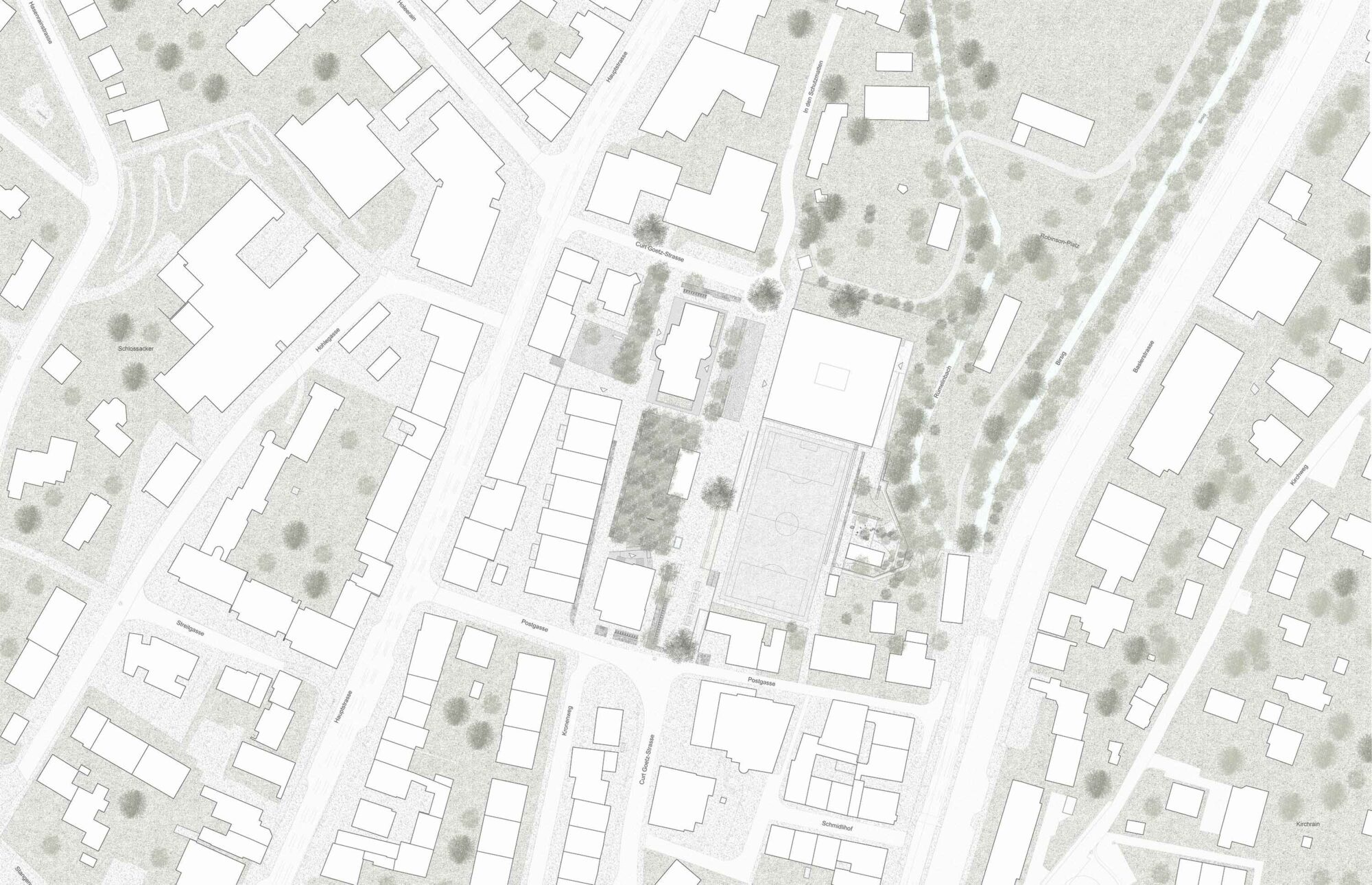 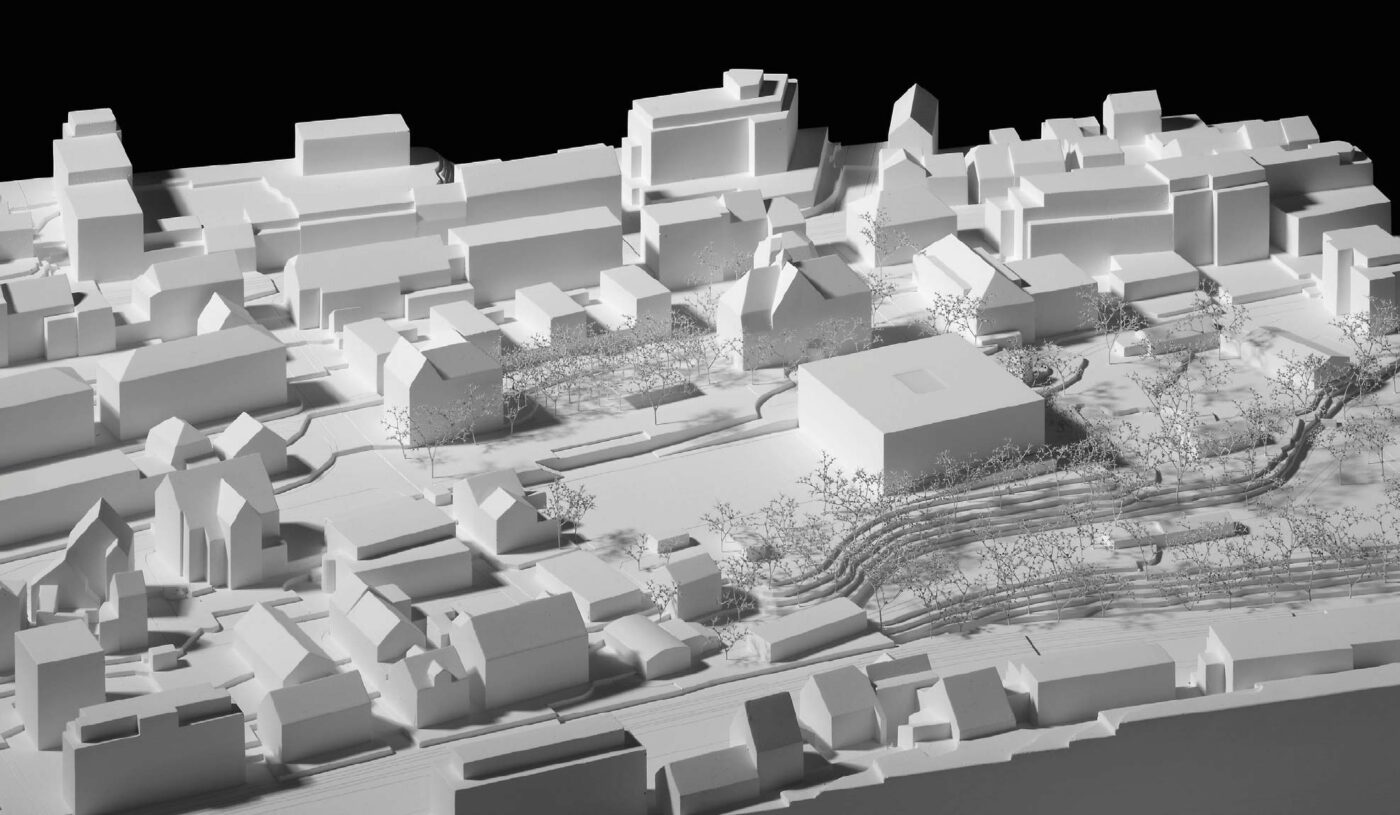 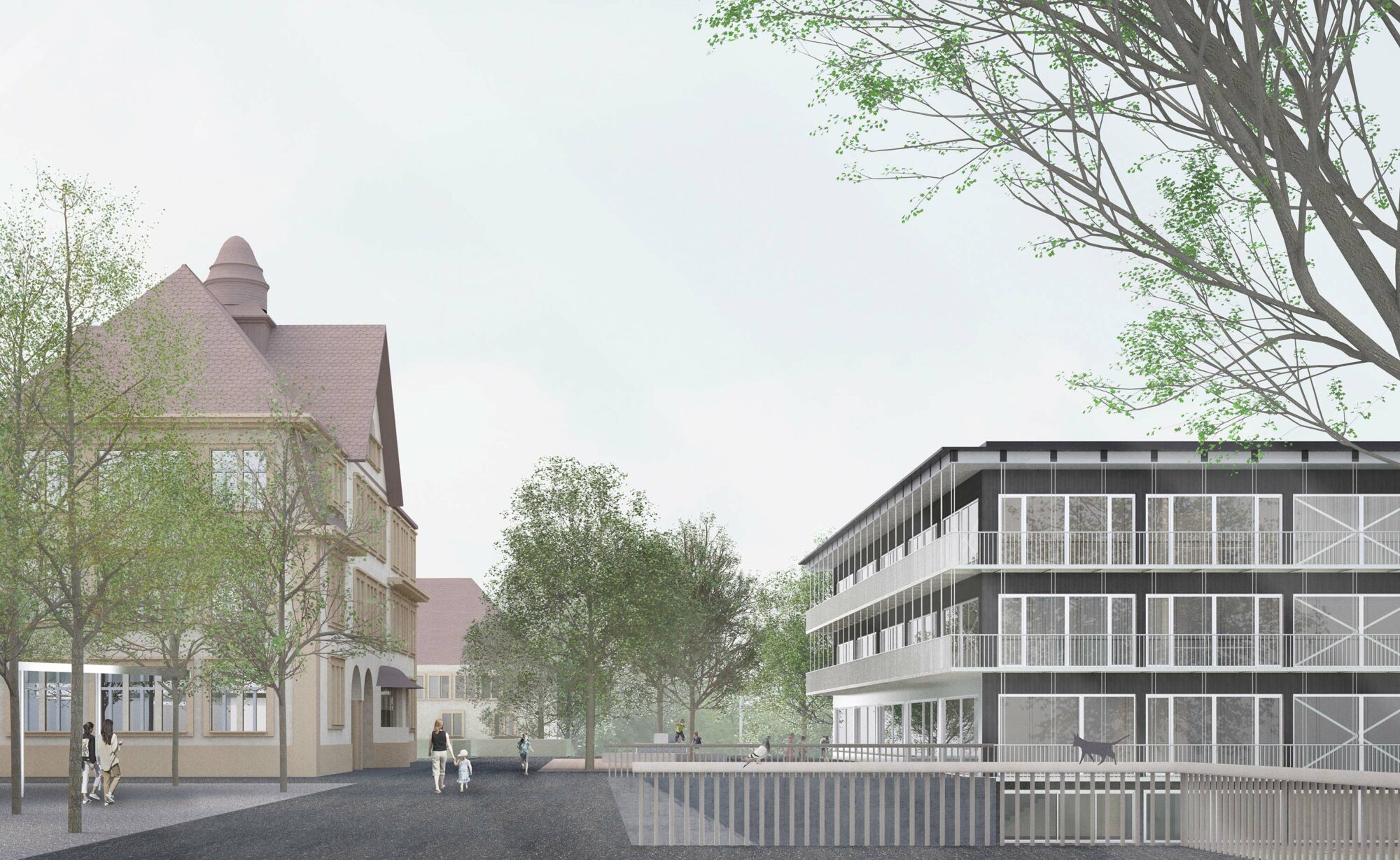 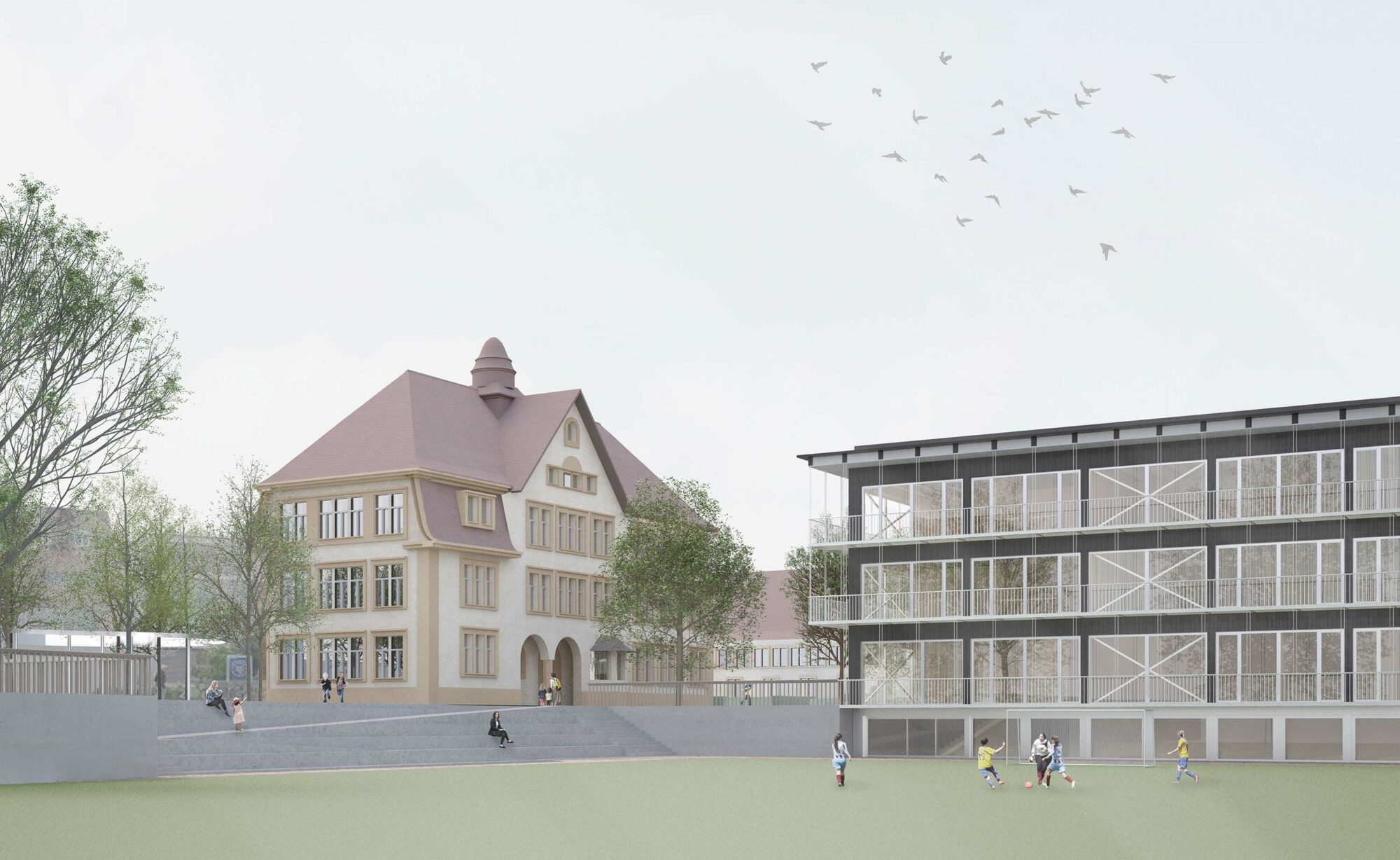 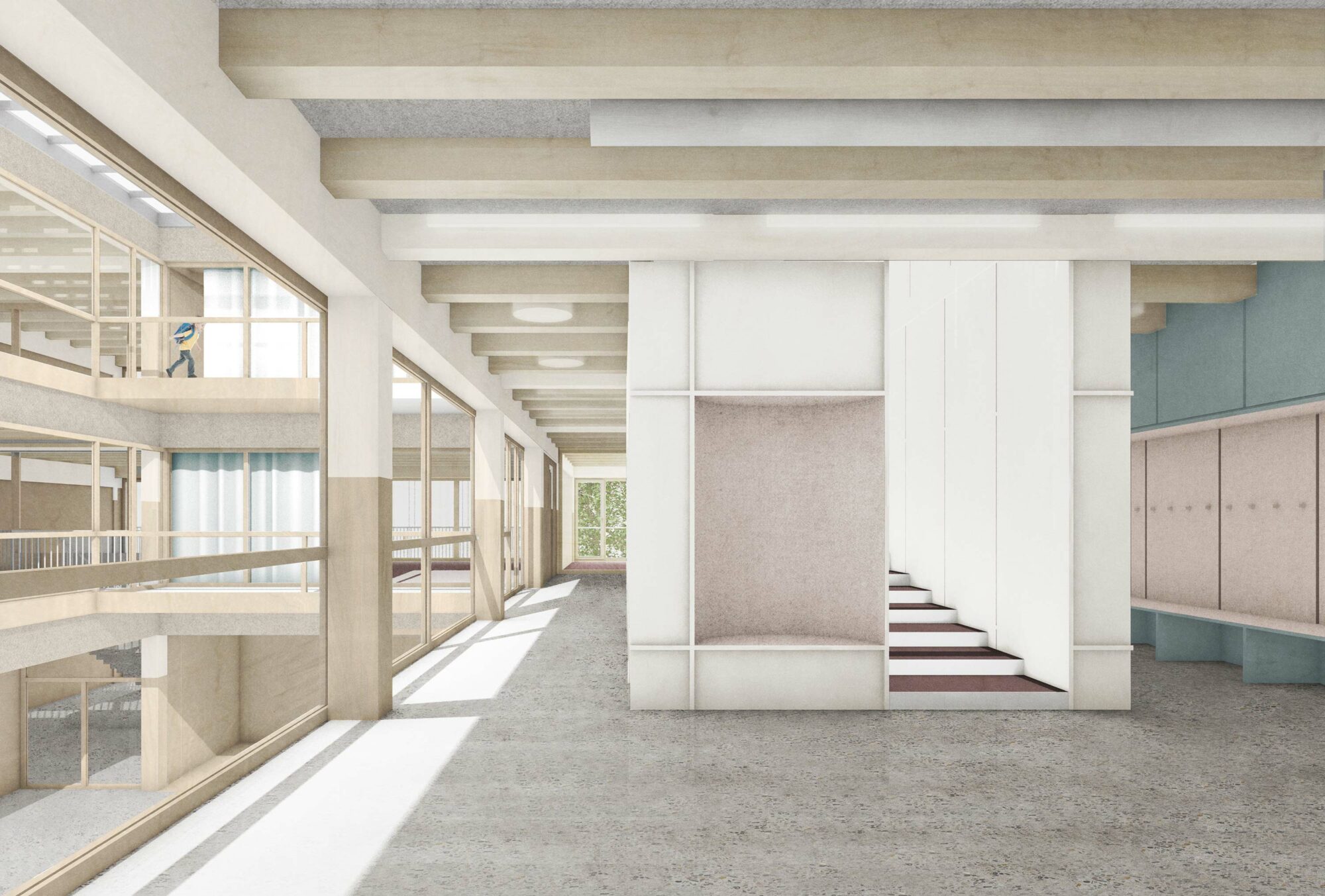 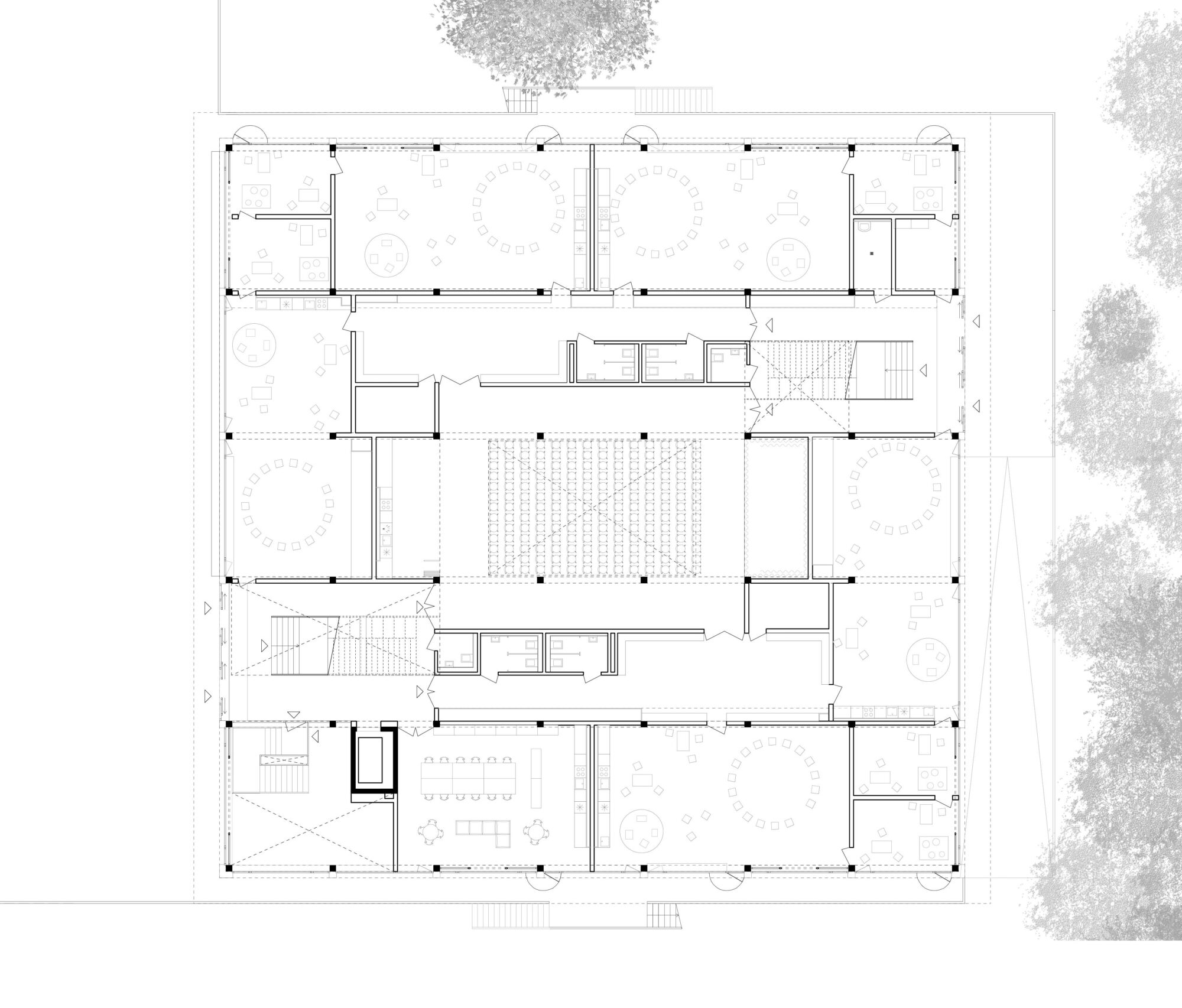 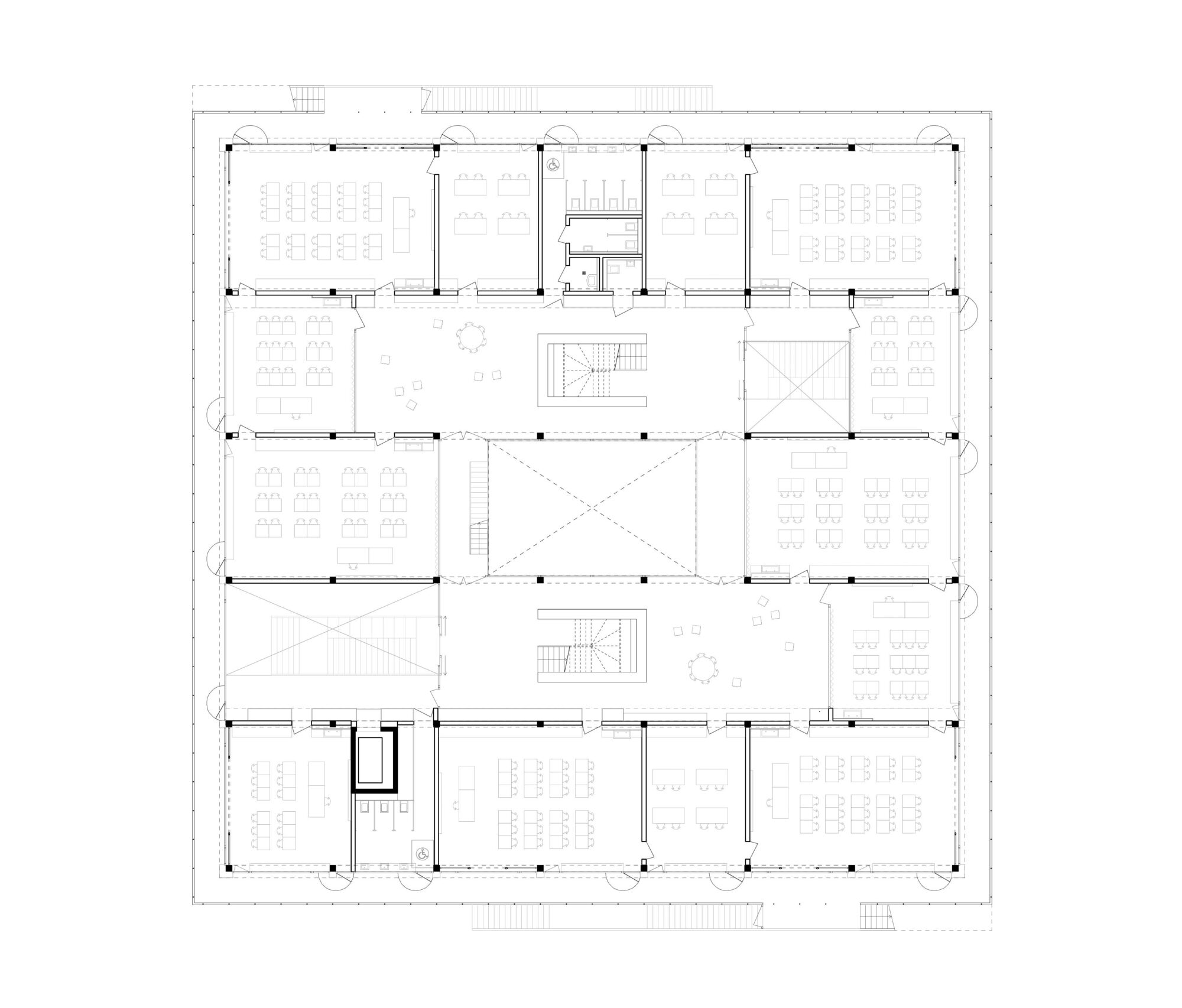 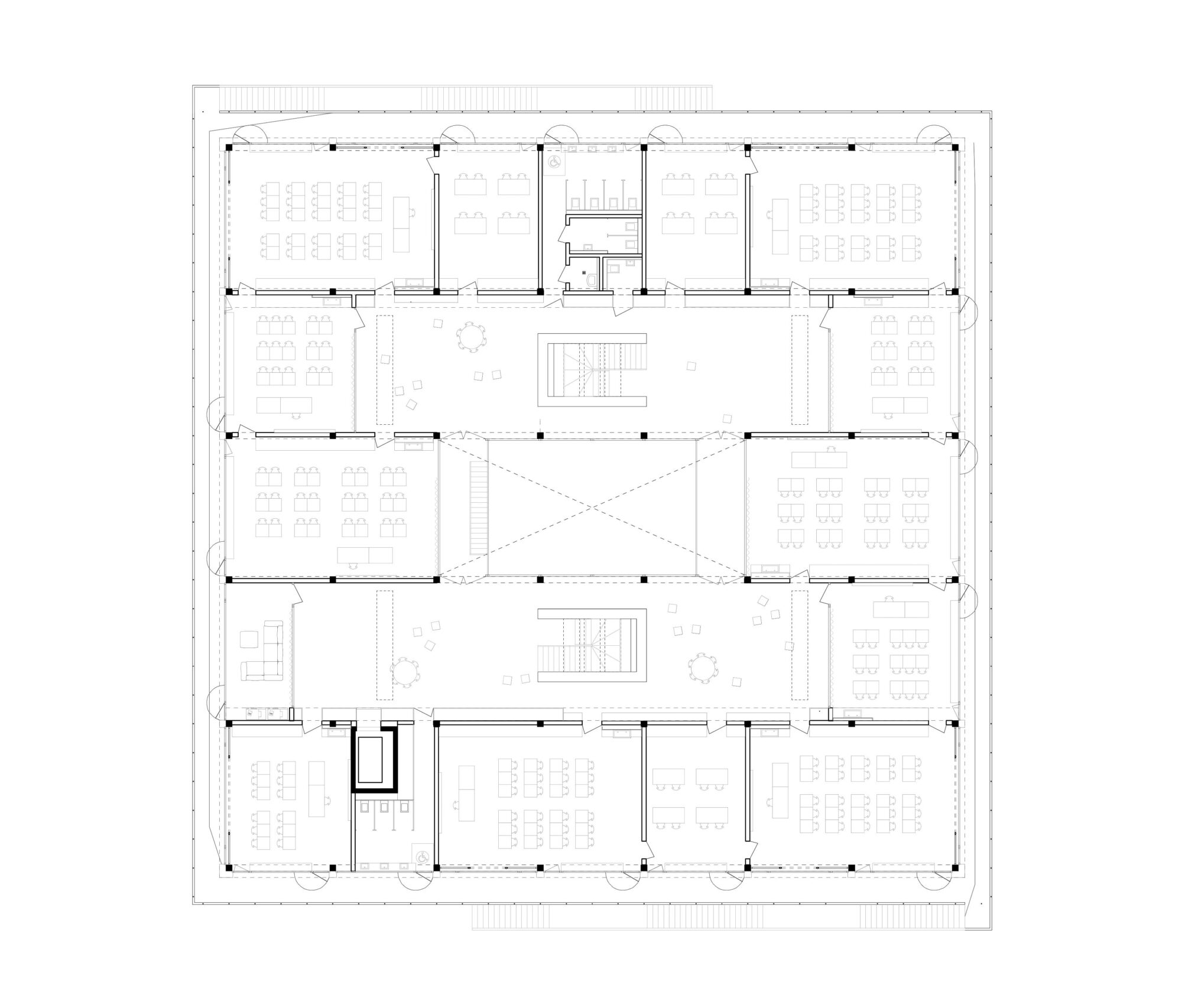 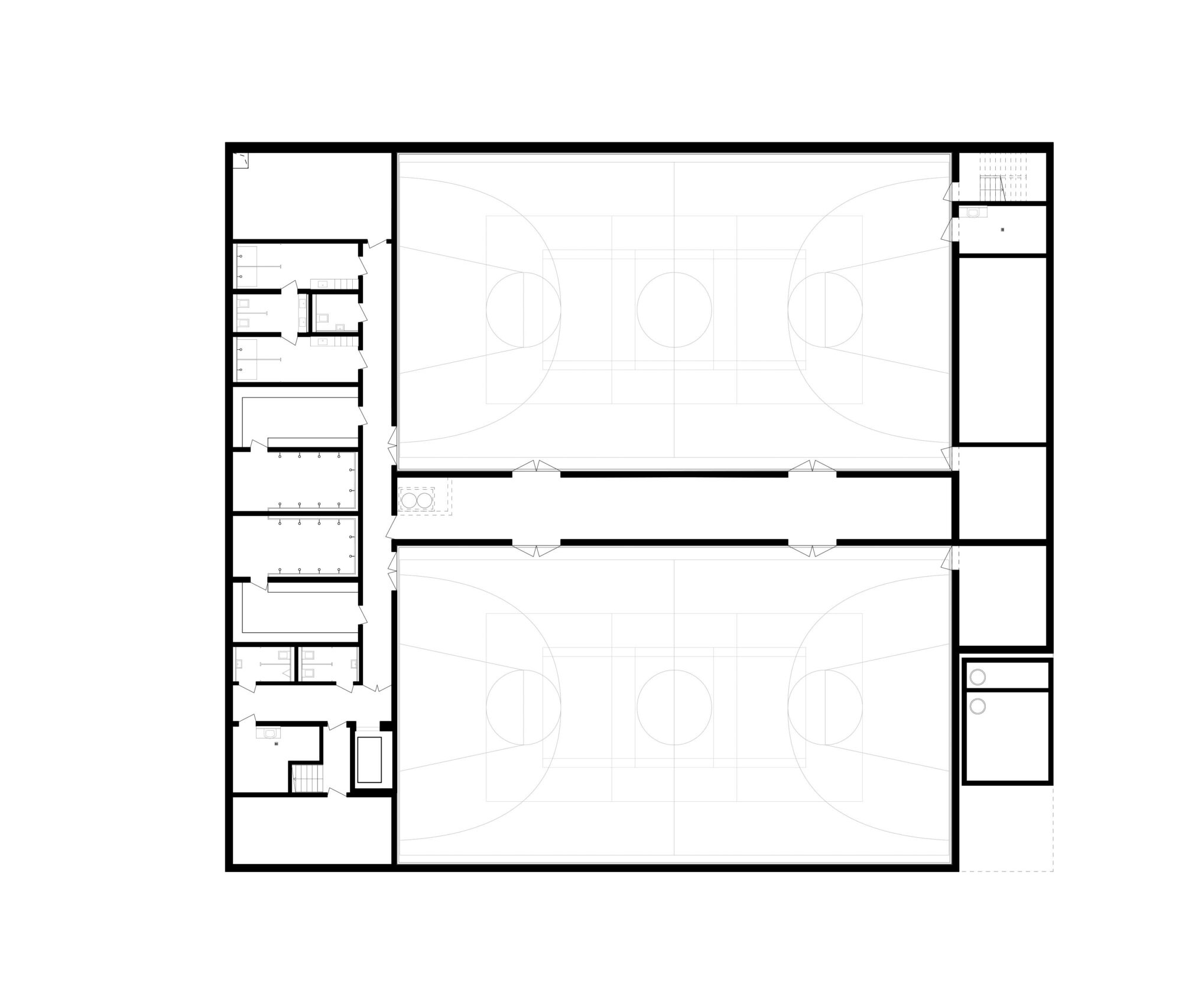