Juggeling with opposites
Building in an urban context is more and more characterized by a conflict of goals, in which the range of design for our dwelling and living environment gradually vanishes. Noise protection collides with the demands of densification; innovative energy concepts result in costs, that stand in conflict with politically legitimate requirements of affordable housing. How can one still maneuver through these dilemmas with virtuosity? The creative play with contents that stand in opposite, which are spatially translated and elevated in expression, form the base for an escape forward.

Ambiguity and precision
Simple but precisely placed and architecturally articulated buildings form a loosely joined ensemble. Through a dialogue with the surrounding, a complexity of scales and atmospheres is created, as a premise for the nesting of urbanity.
The crossing where the site is situated is an unreal place today, being in the transition between the old city fabric and new highly densified developments. The scheme reacts to this condition with parallely placed volumes, that establish a network to the surrounding areas.  Through the clear massing and the heterogeneous expression, a sequence of city spaces is formed. Functional density und spatial transparency enable a clear border between public and private, despite of the floating space concept.

Neighbourhood and privacy
The design follows a consciousness and respect for the need of privacy, but at the same time the strong belief, that in the total retreat into the individual and in the avoidance of conflicts lies also a social risk.
Neighbourhoods have changed. The urban life and media platforms support location-independent social networks; the direct next-door or opposite becomes sooner a mischief than a friend. Simultaneously old people often suffer from social isolation. Many singles and students consciously seek for life in a community. The mix of flat types in the project offers the possibility for different living conditions. Two things unite the flat types: No matter the size, they reach from the park to the street side, and thus profit in the best possible way from light, outlook and silence. The floating perception of space of the urban ensemble with the precisely placed volumes finds a continuation in the spatial structure of the flats.
The rediscovery of the gallery access is a potential, if it can be achieved to establish itself as an unconstrained meeting place. Using a gallery access does not necessarily mean that you want to share your life with everyone. Sleeping rooms are for this reason all oriented towards the quiet park side. By dissolving the cellular structure of the flats into linear walls, a floating space sequence is achieved, the flat “breathes” naturally. Despite the small flat sizes, this generates a spatial richness. At the same time, the living room can be ventilated through the kitchen to the quiet back side. Overdimensioned columns form rhythmic niches, keep passerbys at at distance, and offer inhabitants a second outdoor space in addition to the balconies towards the park.

Concentration and freedom
The location at the park serves as inspiration for a specific school concept, that offers children comprehensible and robust structures and units as a studying place, as well as undetermined spaces for appropriation.
A school building has to fulfill many things today: Pedagogical concepts develop dynamically away from frontal teaching, towards autonomous studying in groups – but the reality looks often different. The introduction of the whole day school is regarded with equal euphoria and scepticism. New spatial demands have to therefore find equally consideration as a high measure of flexibility. Under economical pressure, concentration should be possible on a minimum amount of space, as well as informal exchange, free play and physical activity.
The outdoor school in the Cliostraat in Amsterdam from Johannes Duiker (1930) serves as inspiration for a school building with a spatial structure, that involves the surrounding and creates places for informal learning and life. During good weather, a teaching unit or group work can be moved to the outside. The school building embraces a court space, in which the circulation of the school is situated completely externally. The building is conceived as a sort of stacked campus, where the clusters of the school are connected through an informal exterior vertical yard. It carries the same spirit as the gallery access of the housing complex, and acts as a urban and social catalyst. 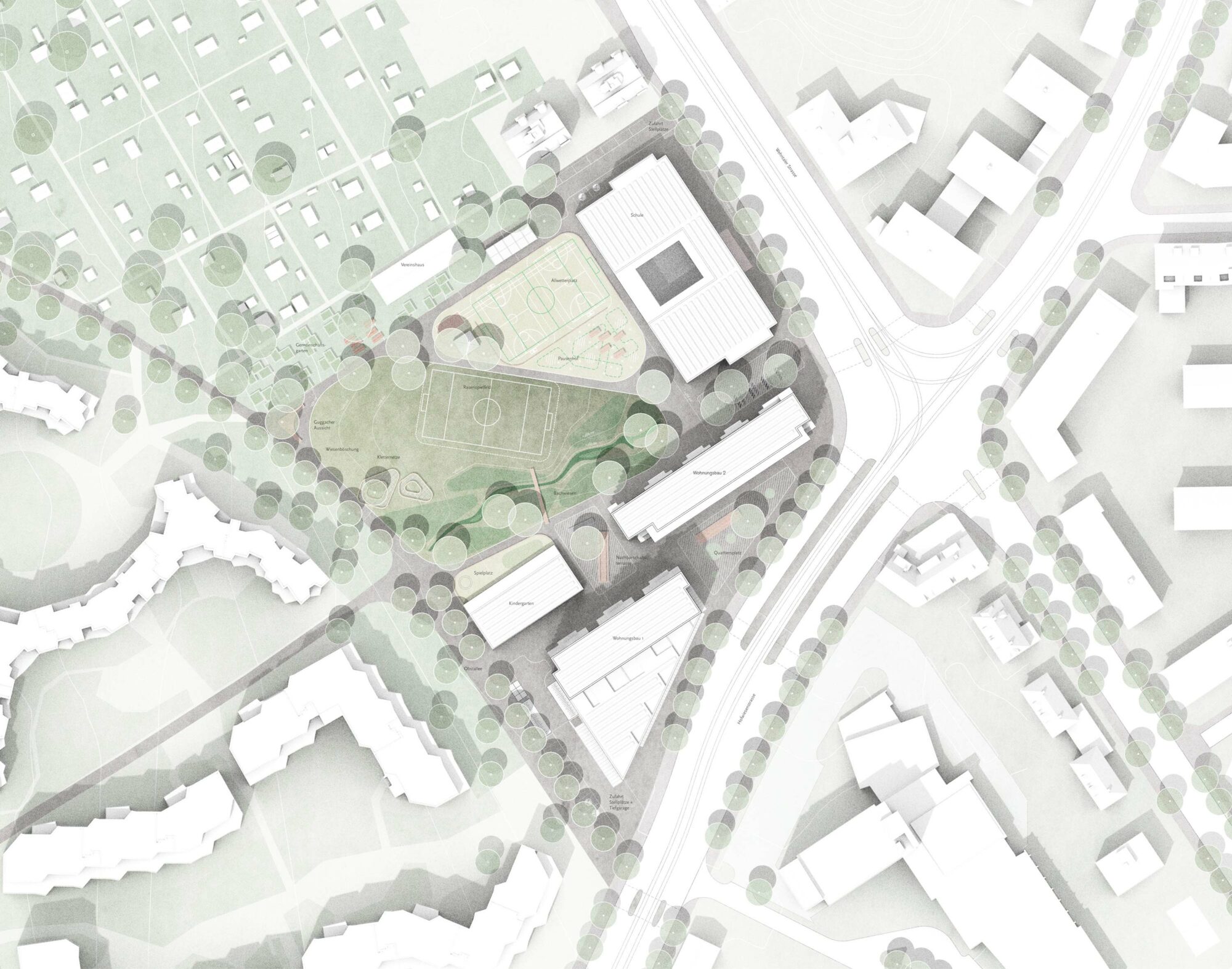 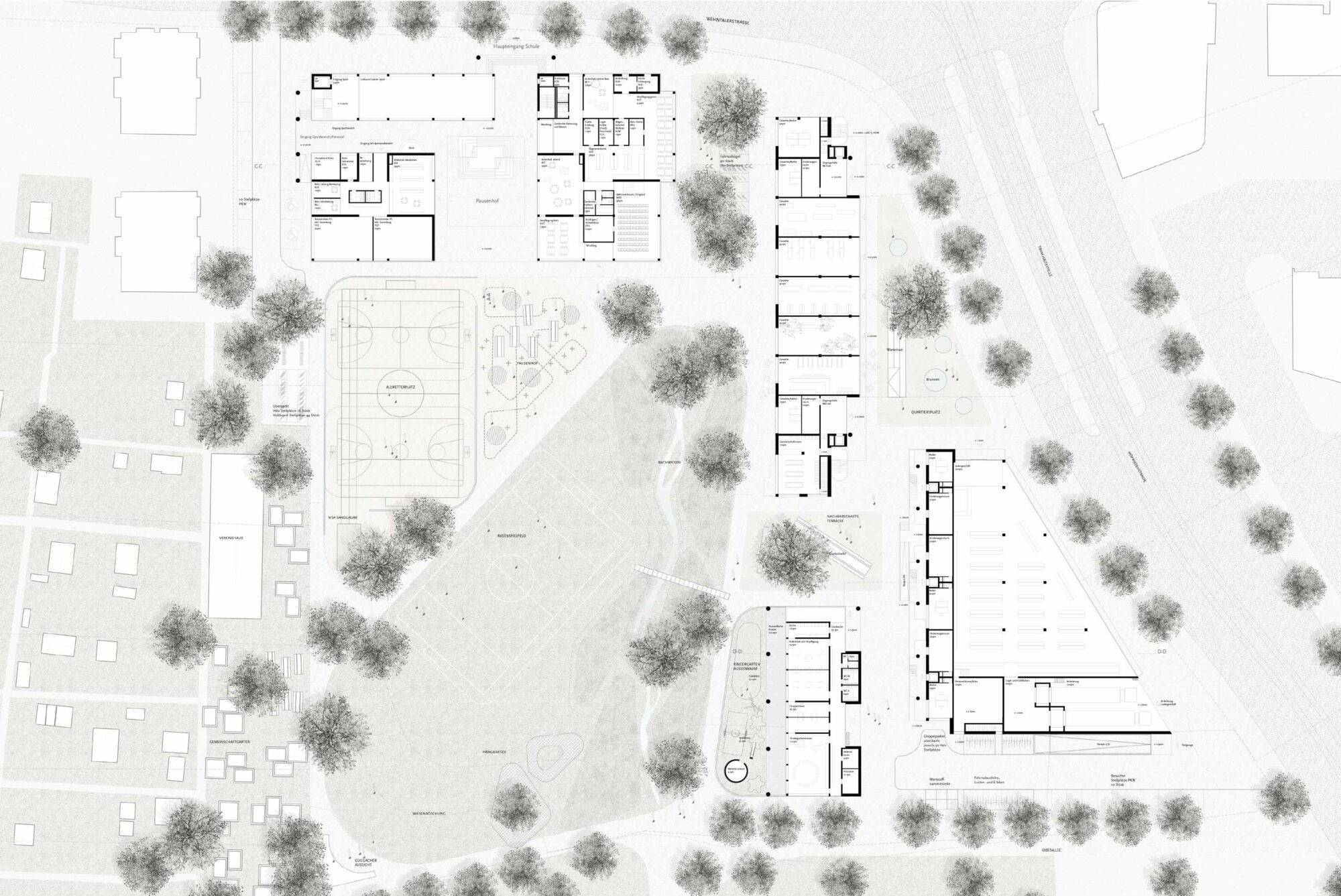 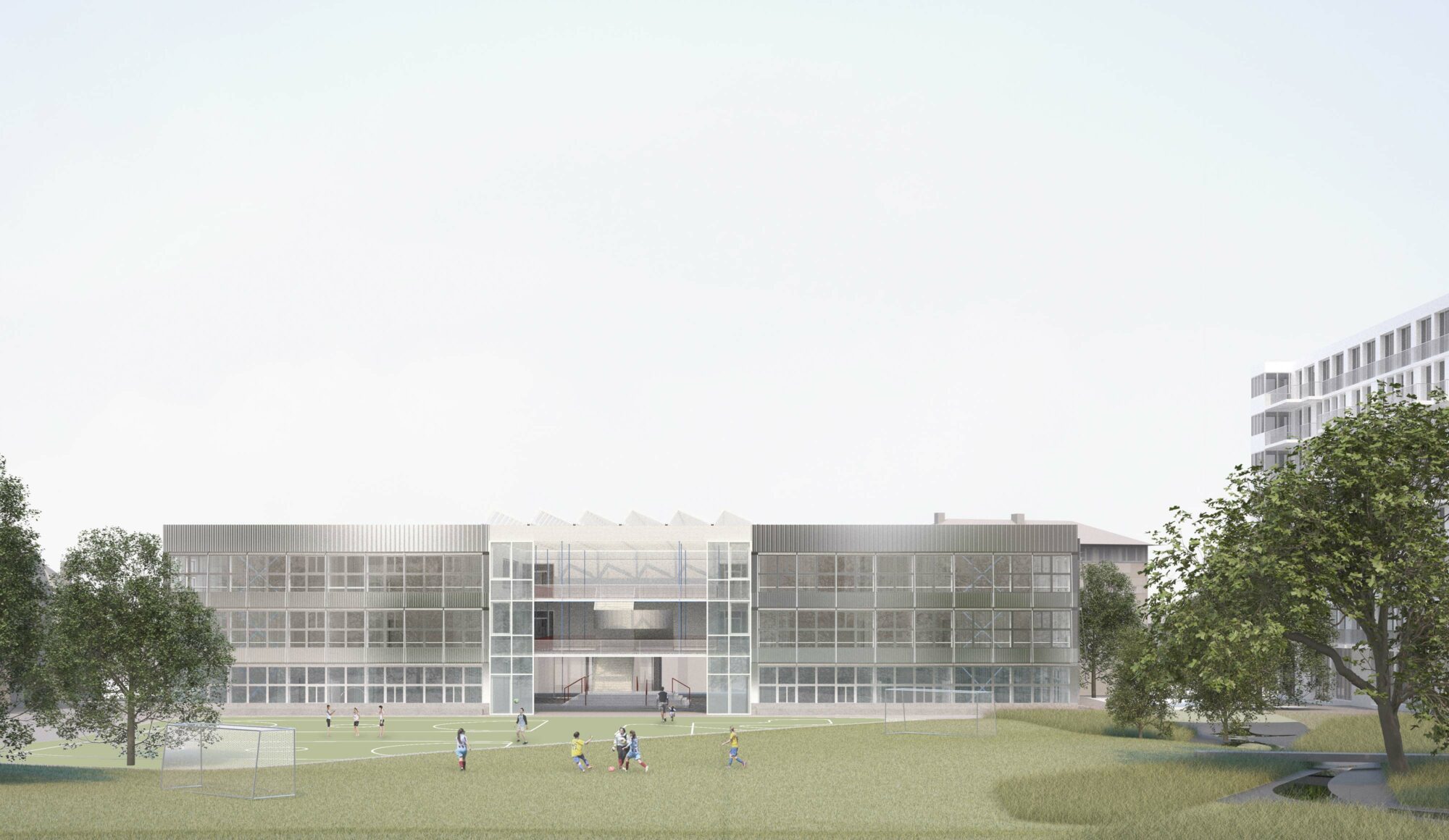 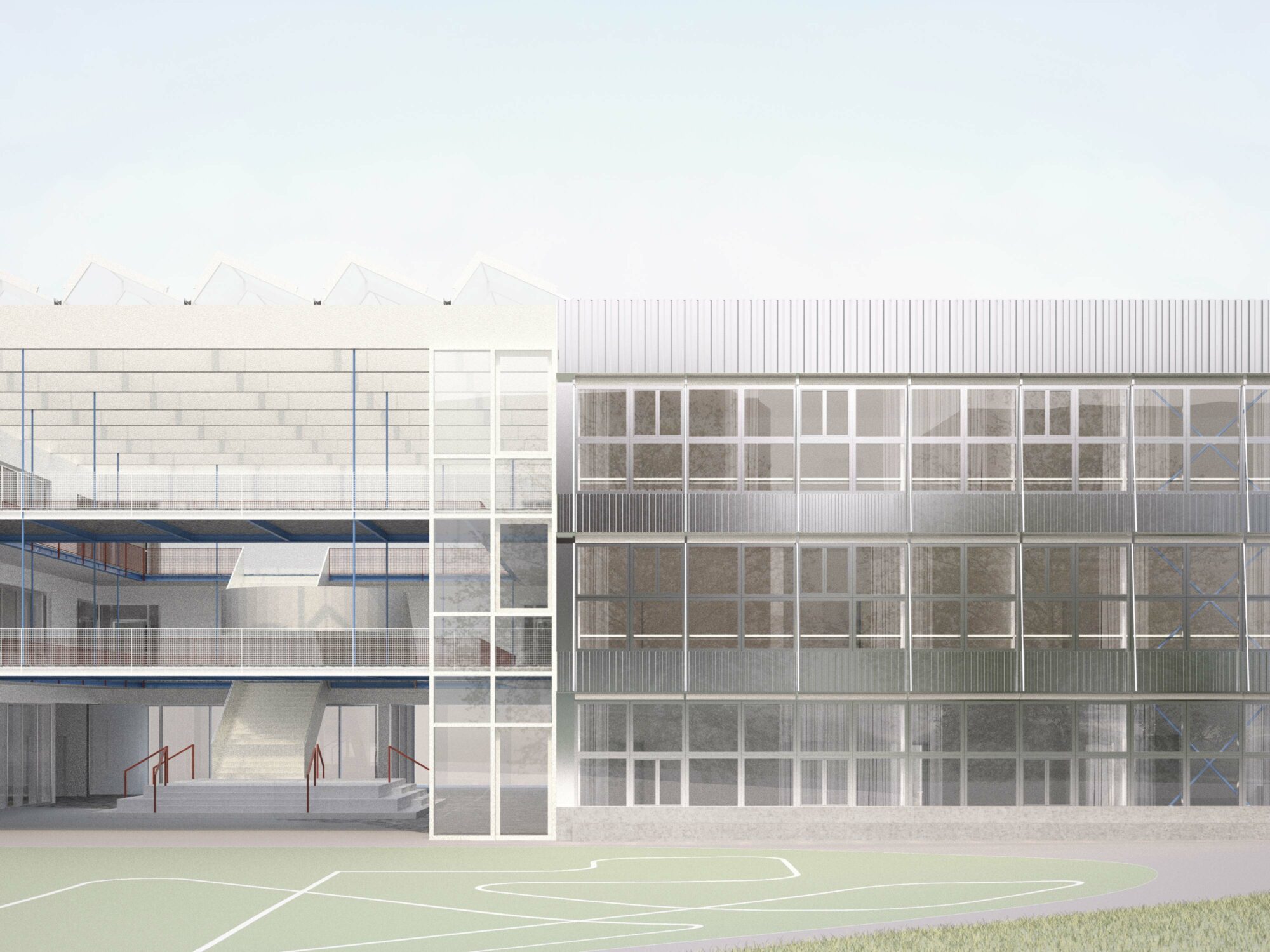 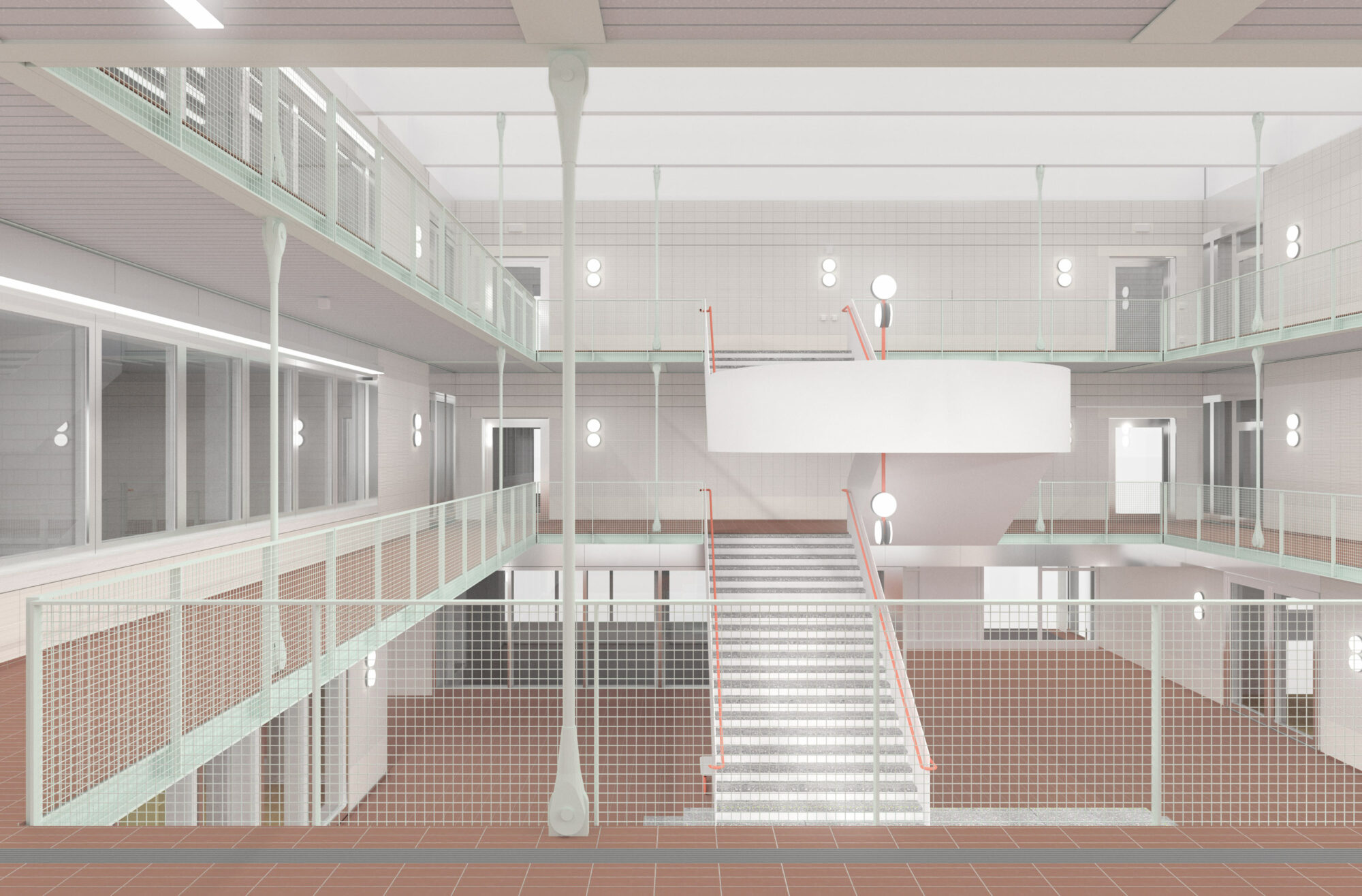 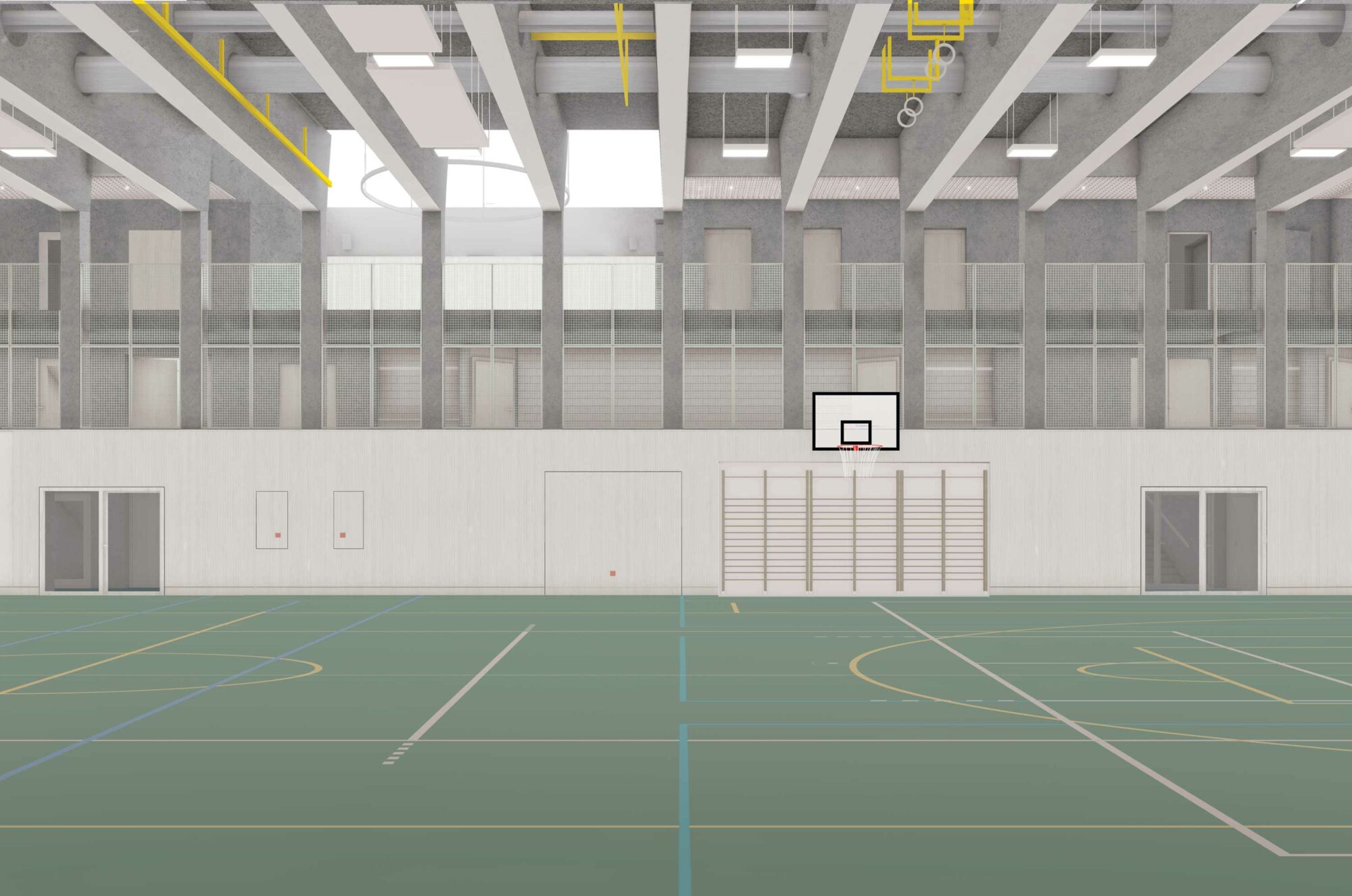 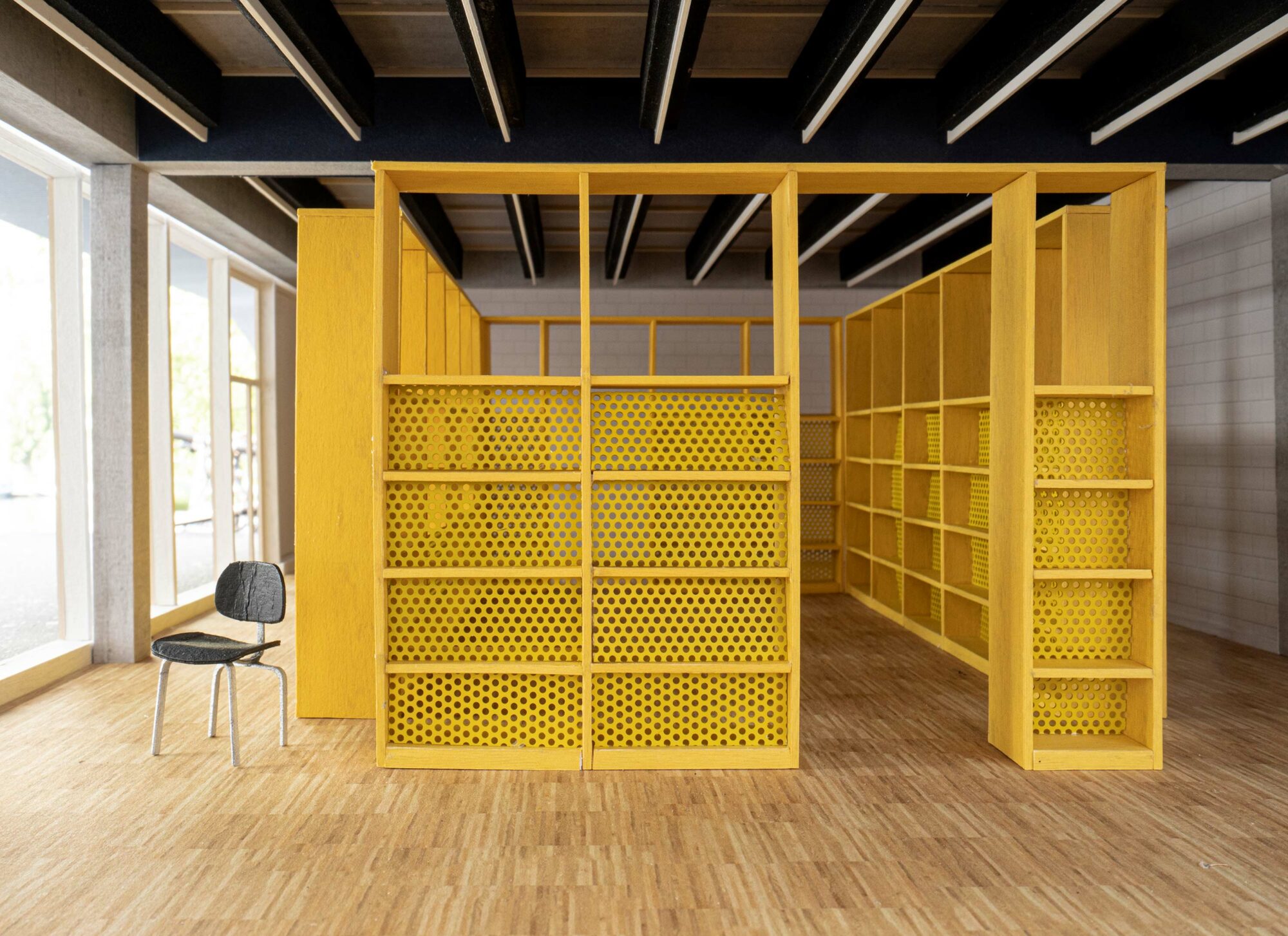 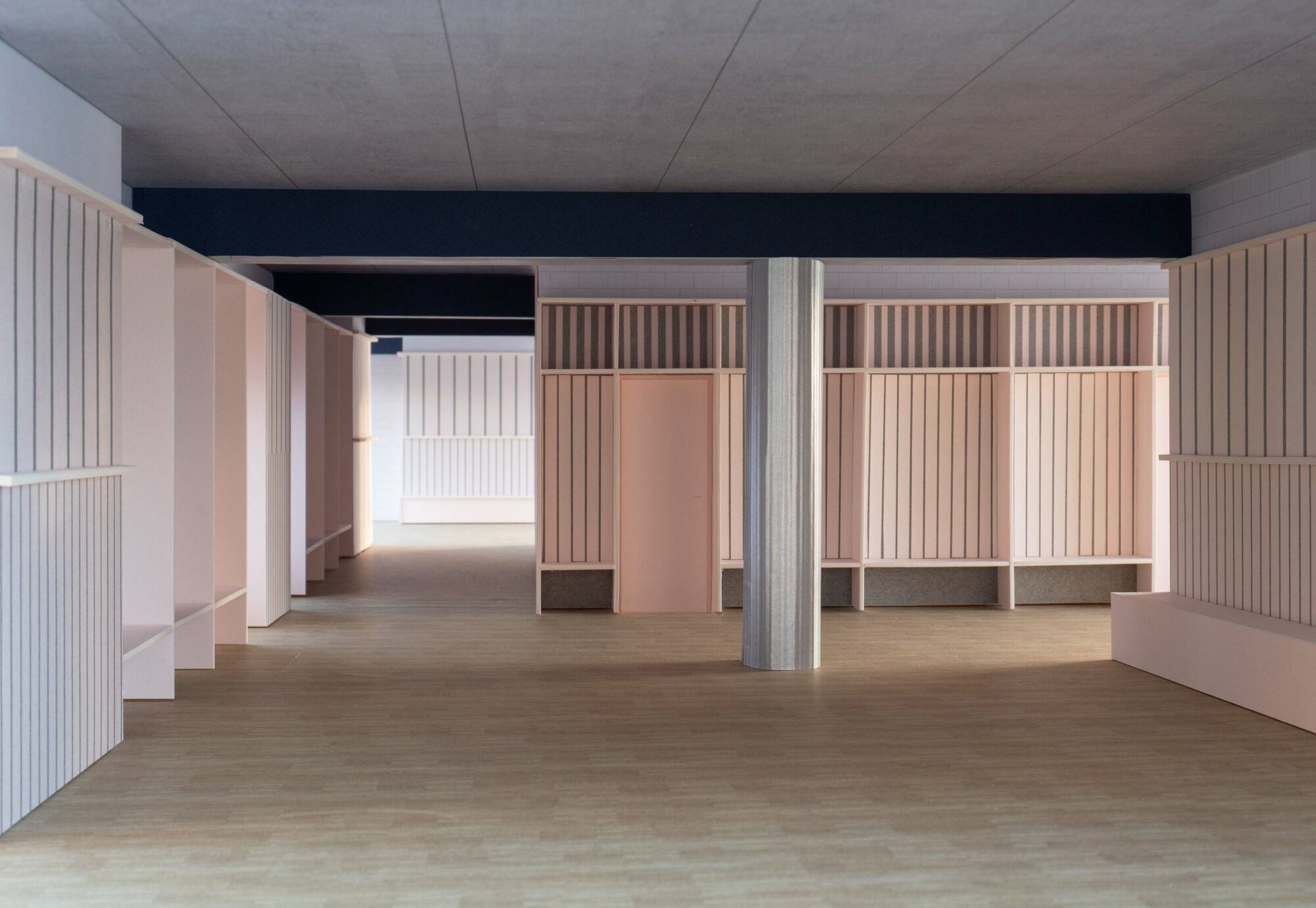 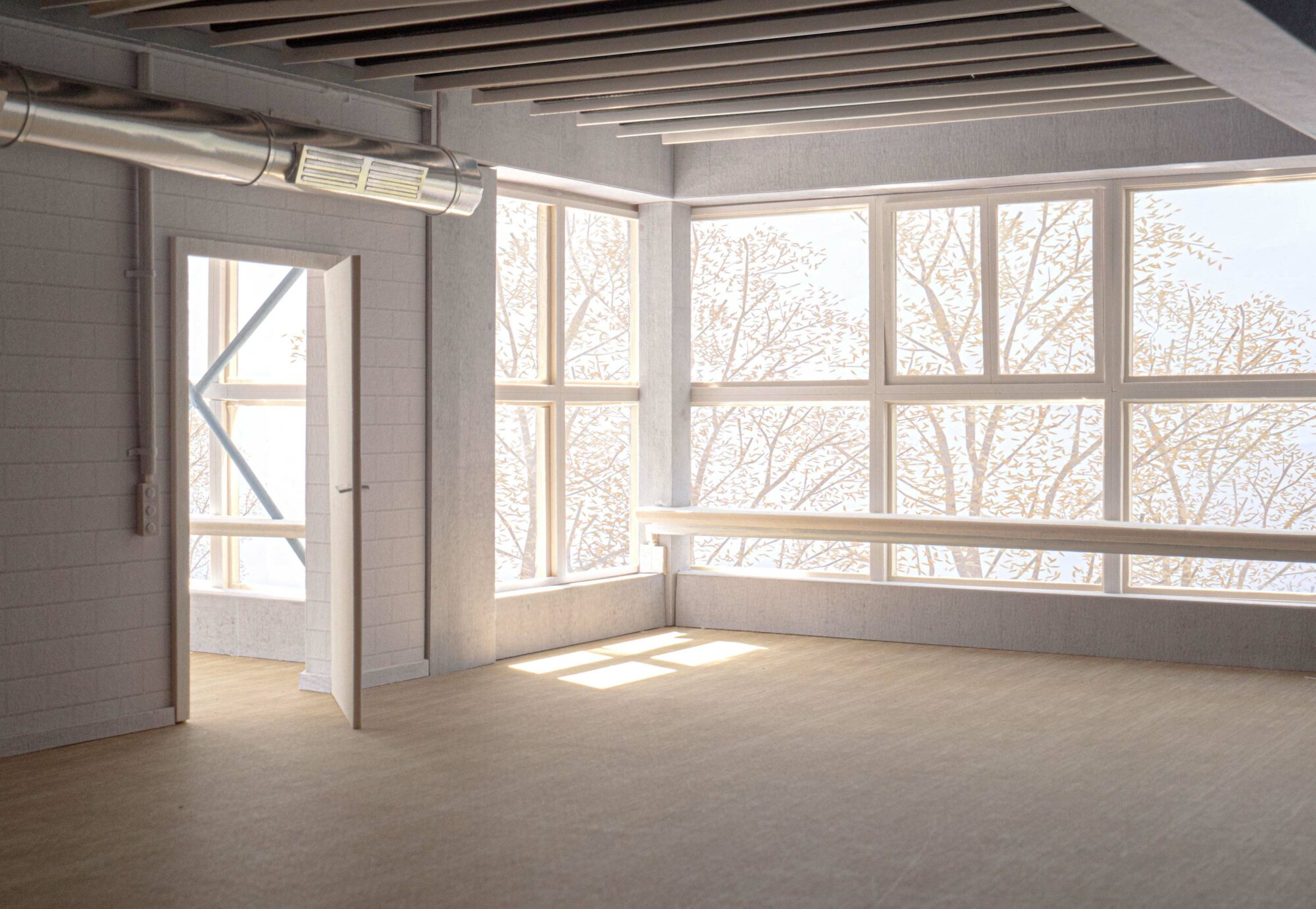 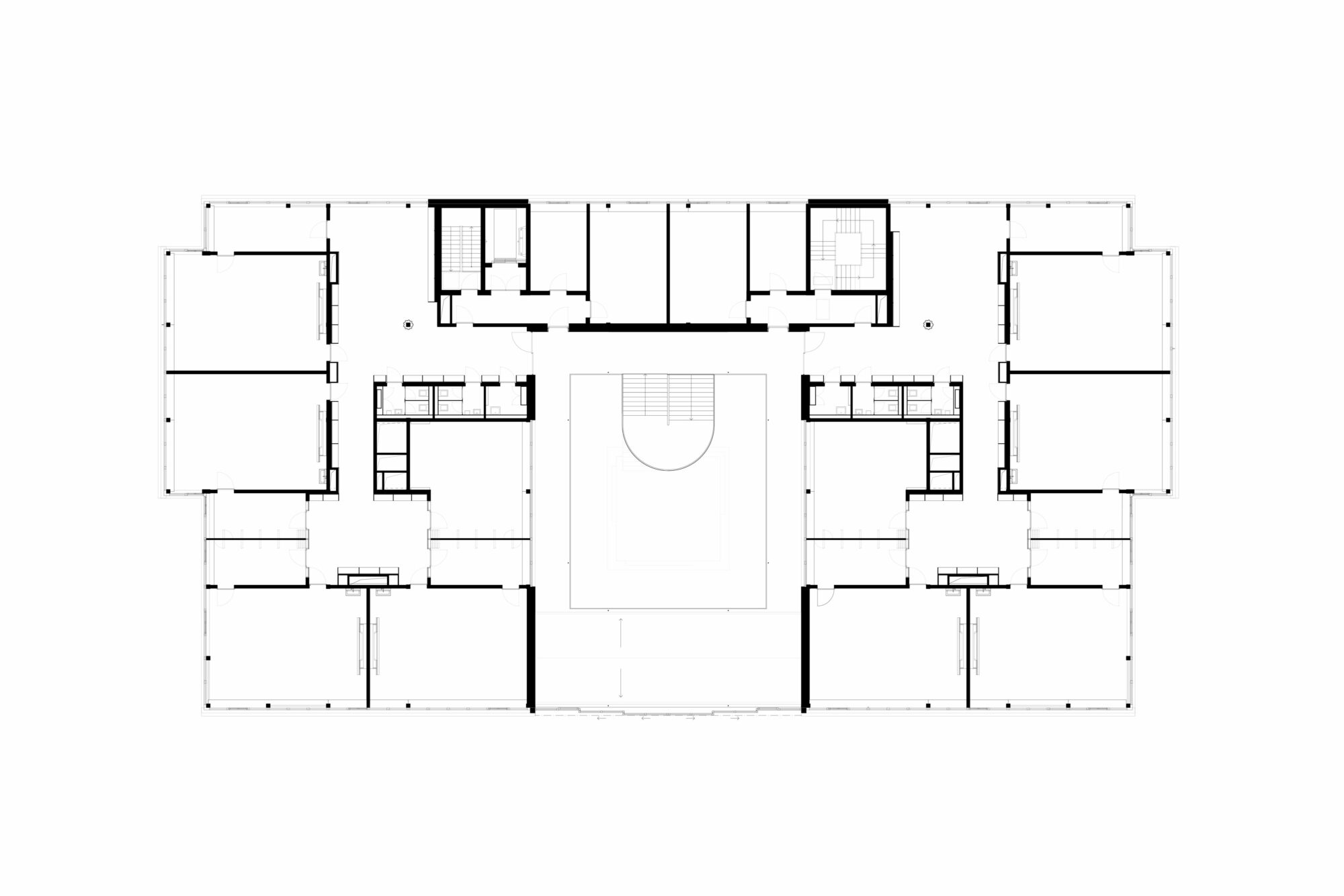 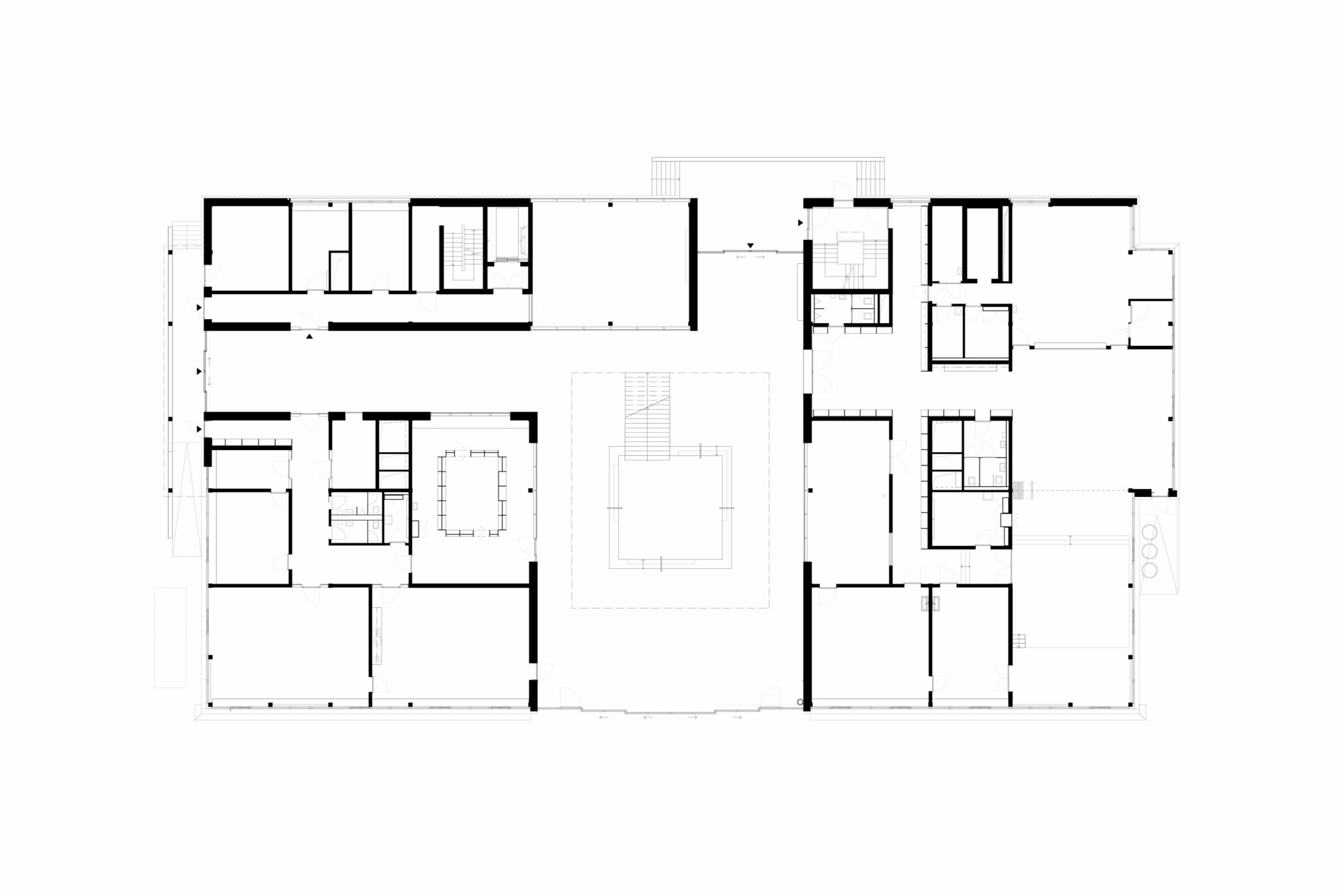 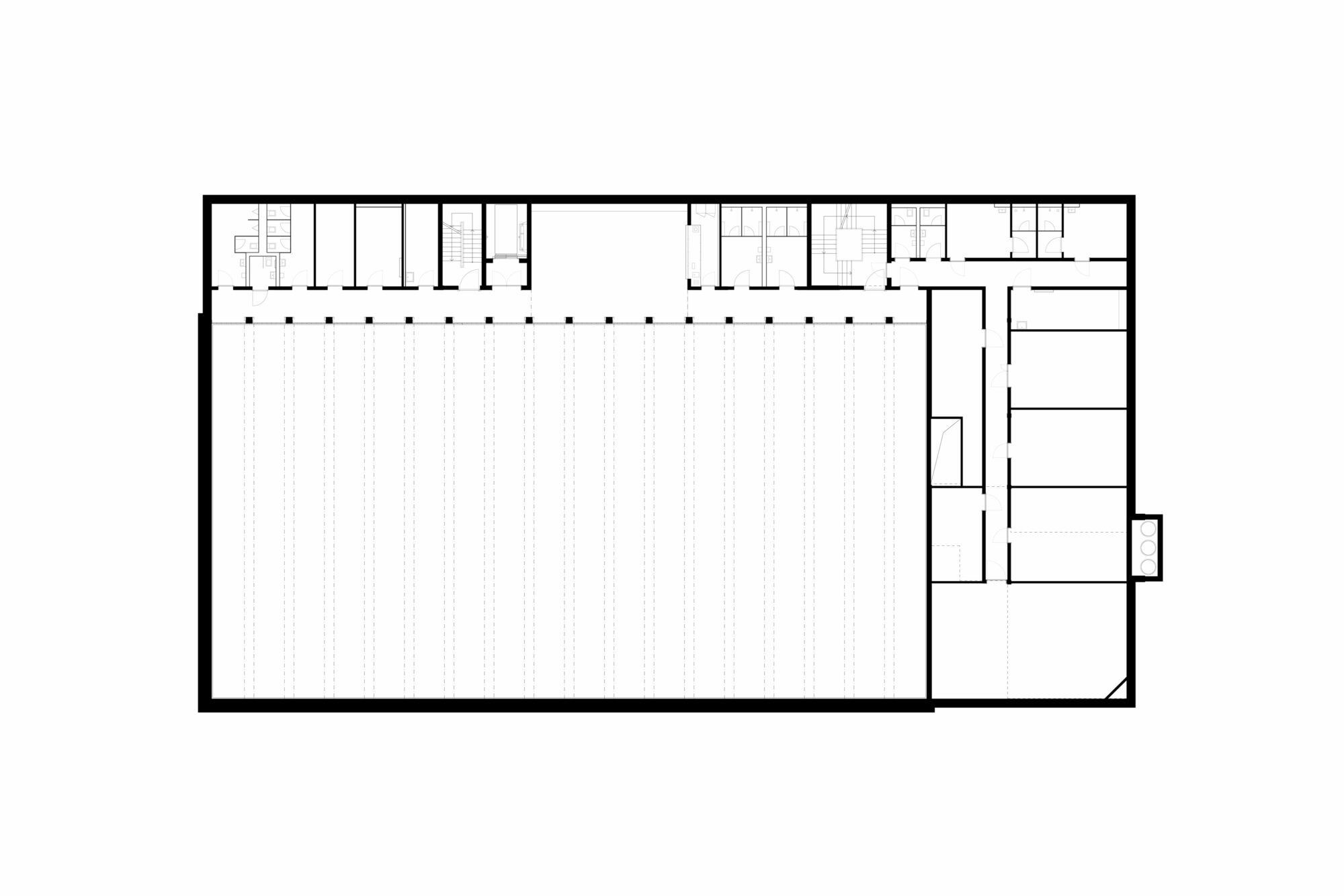 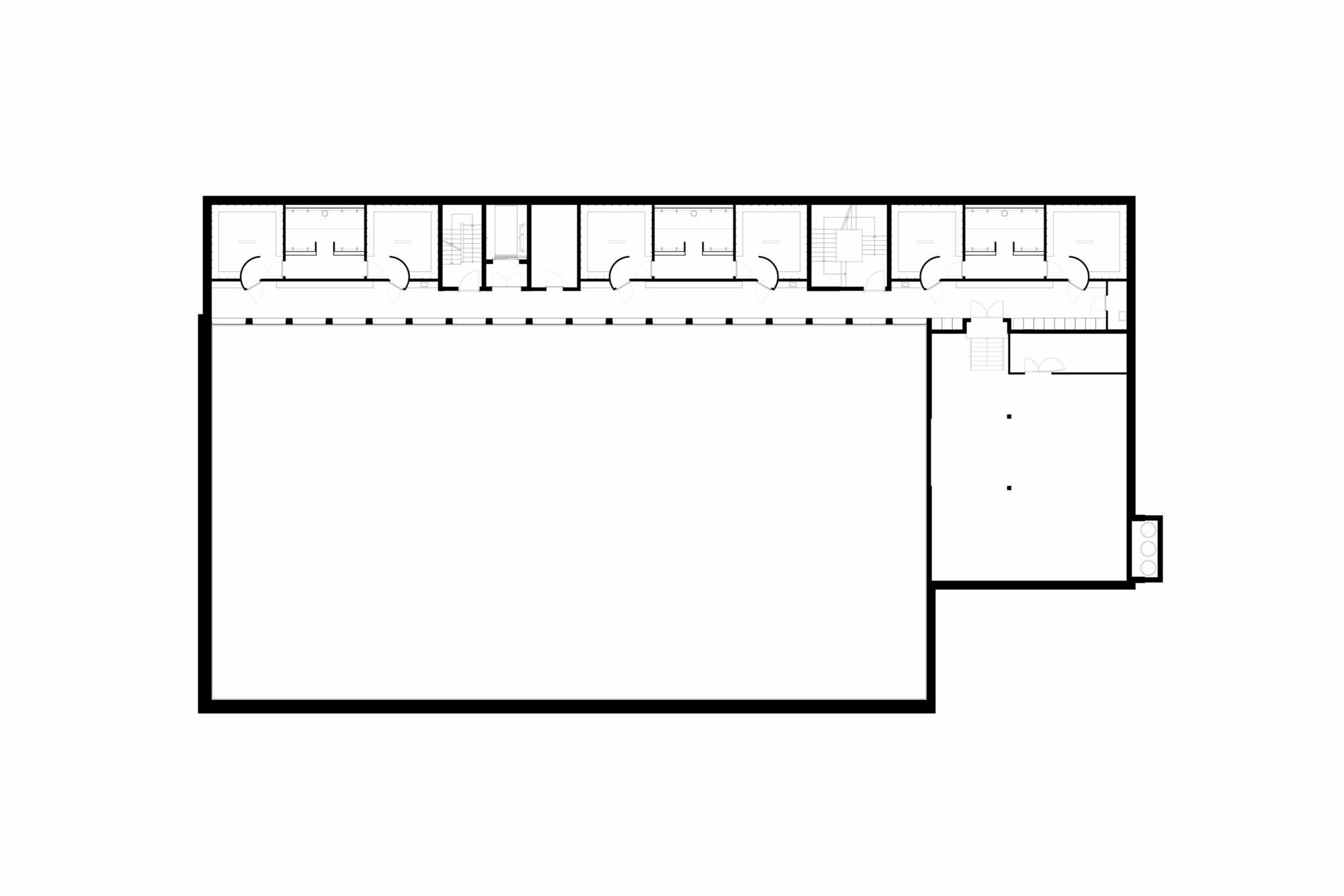 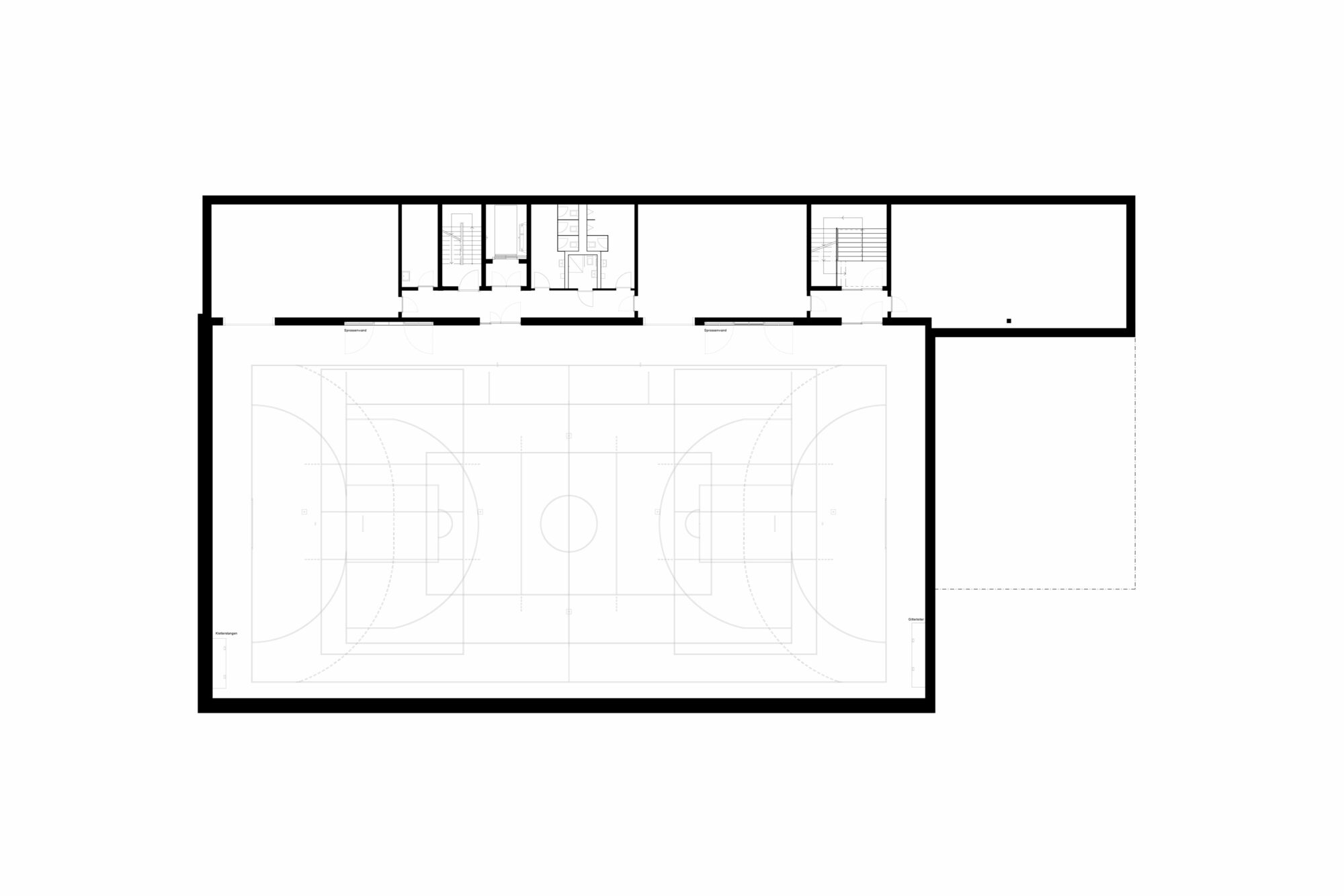 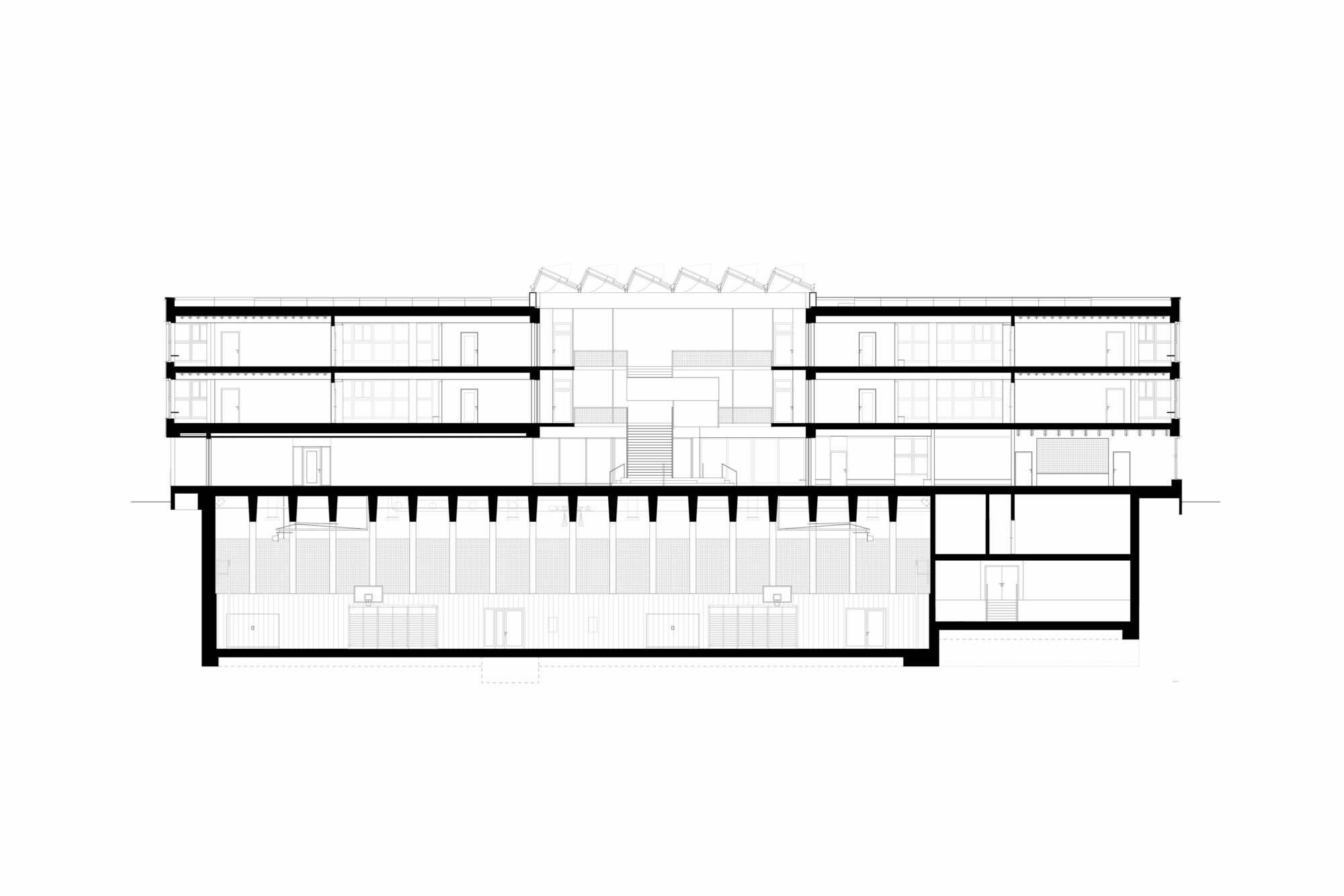 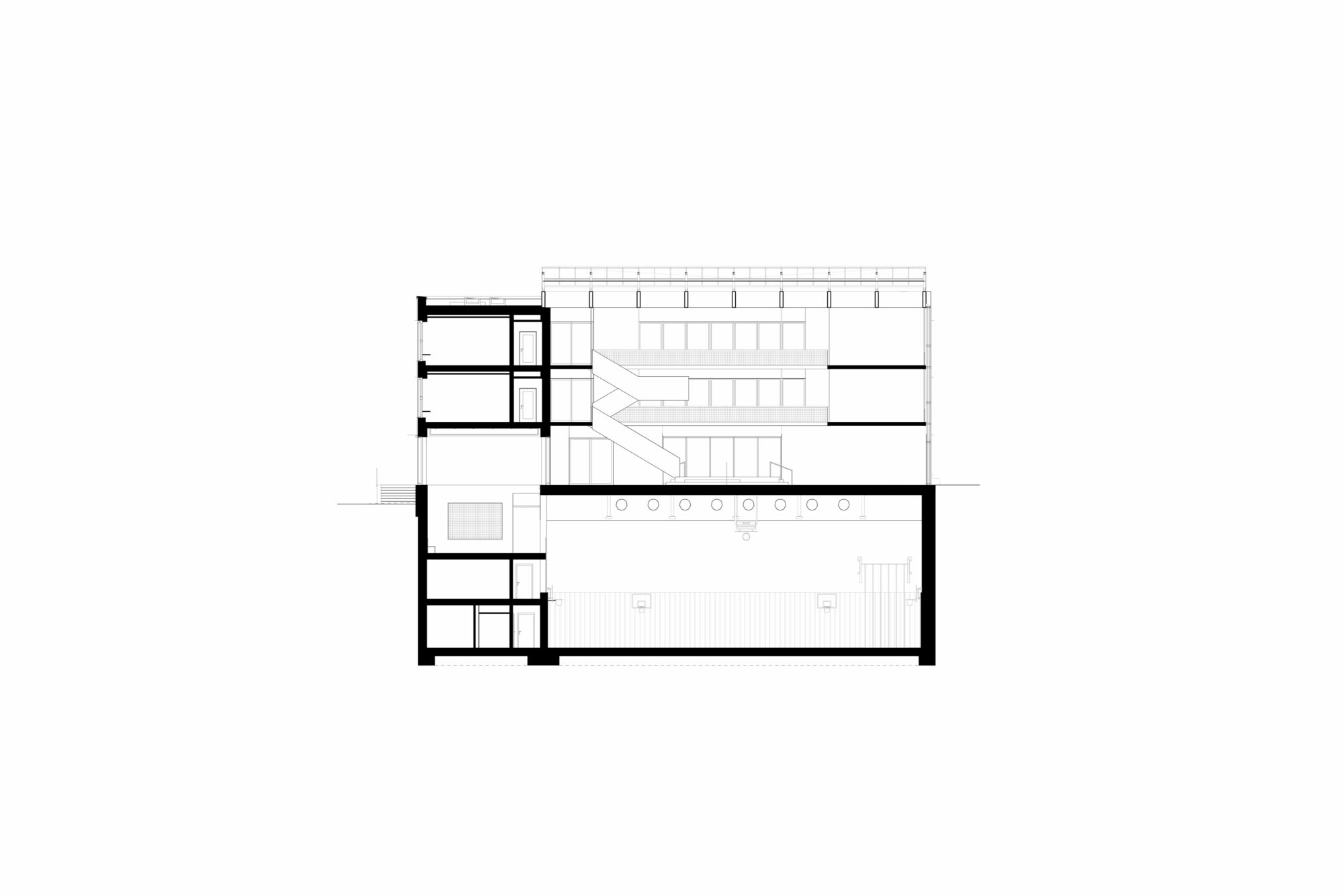 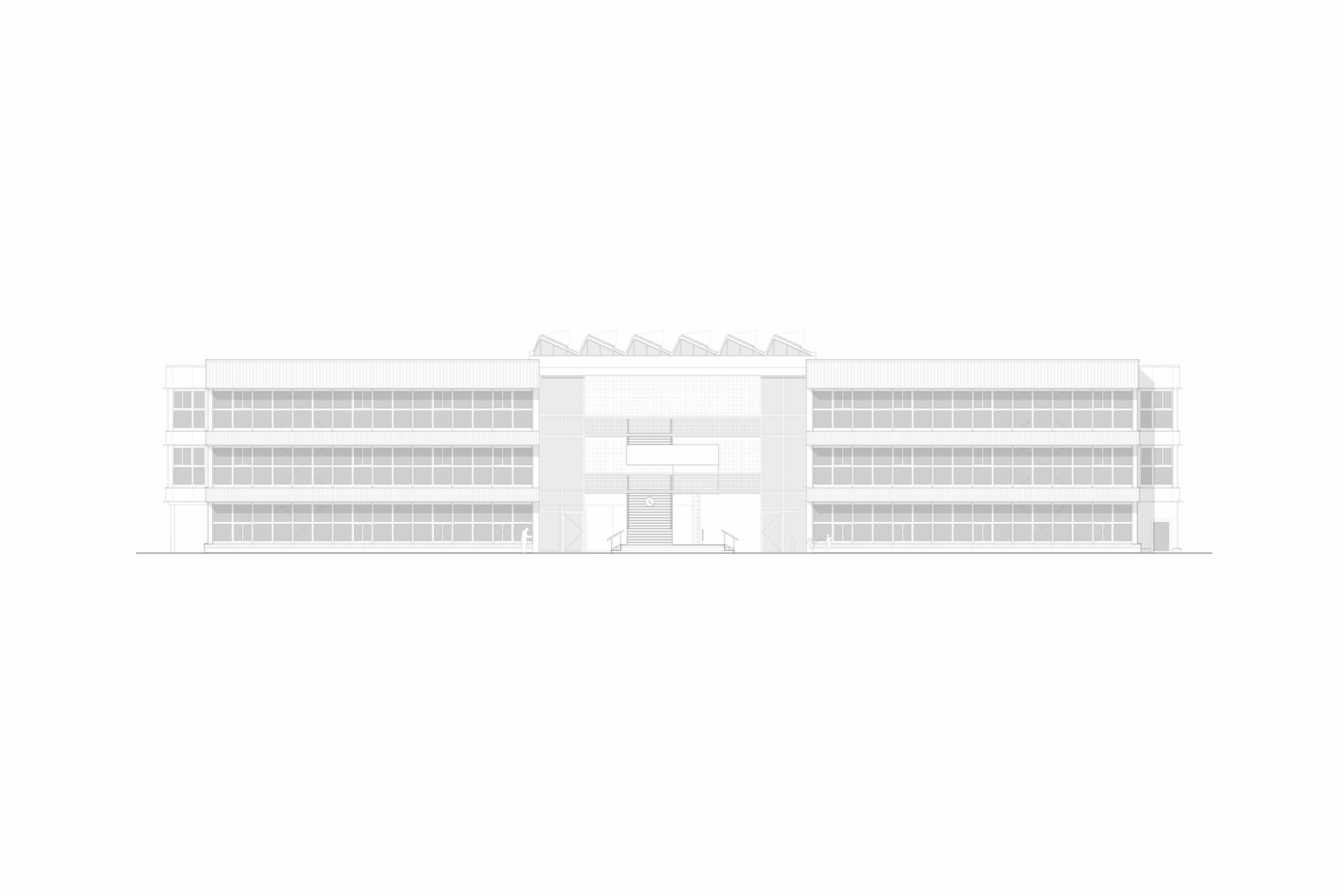 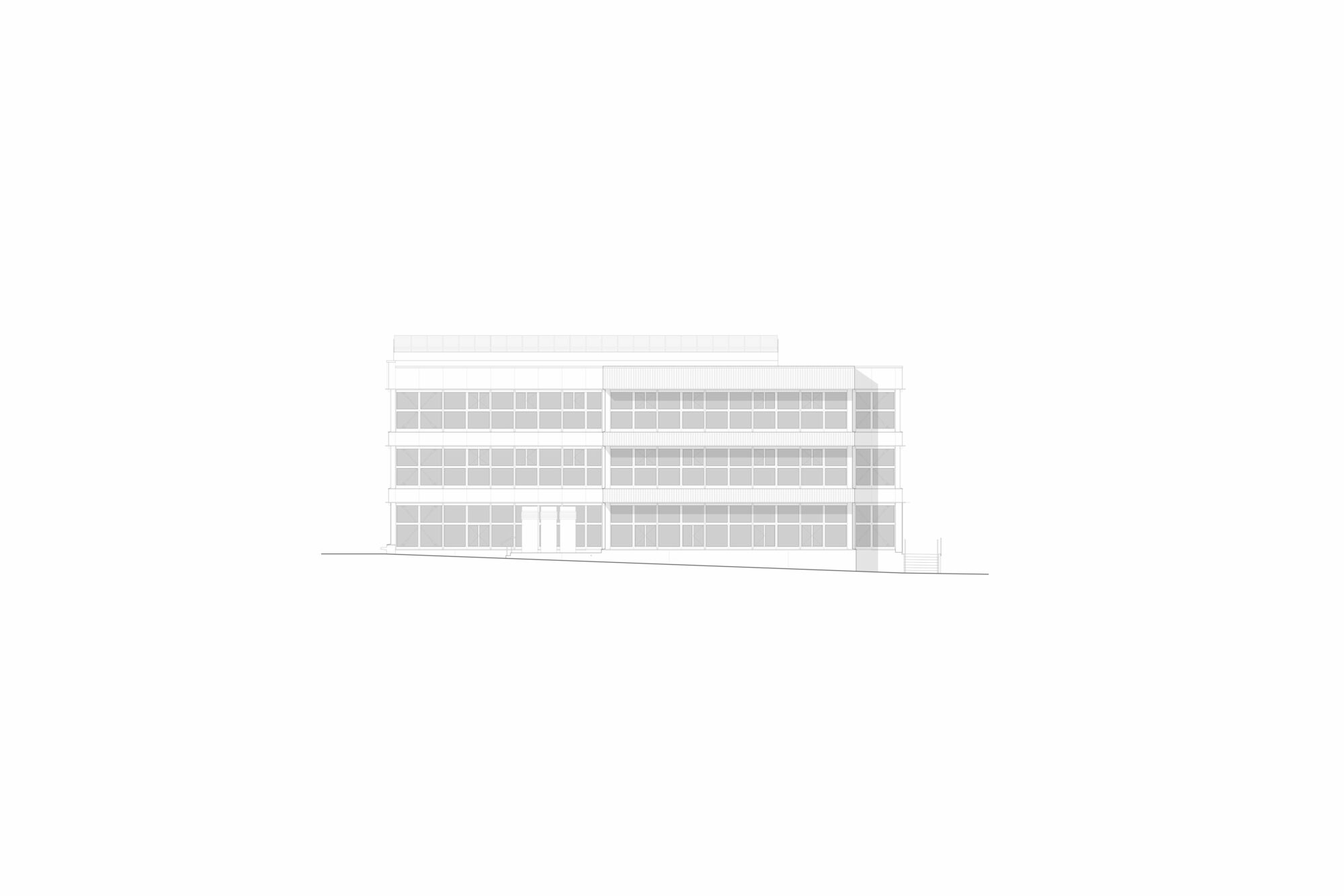 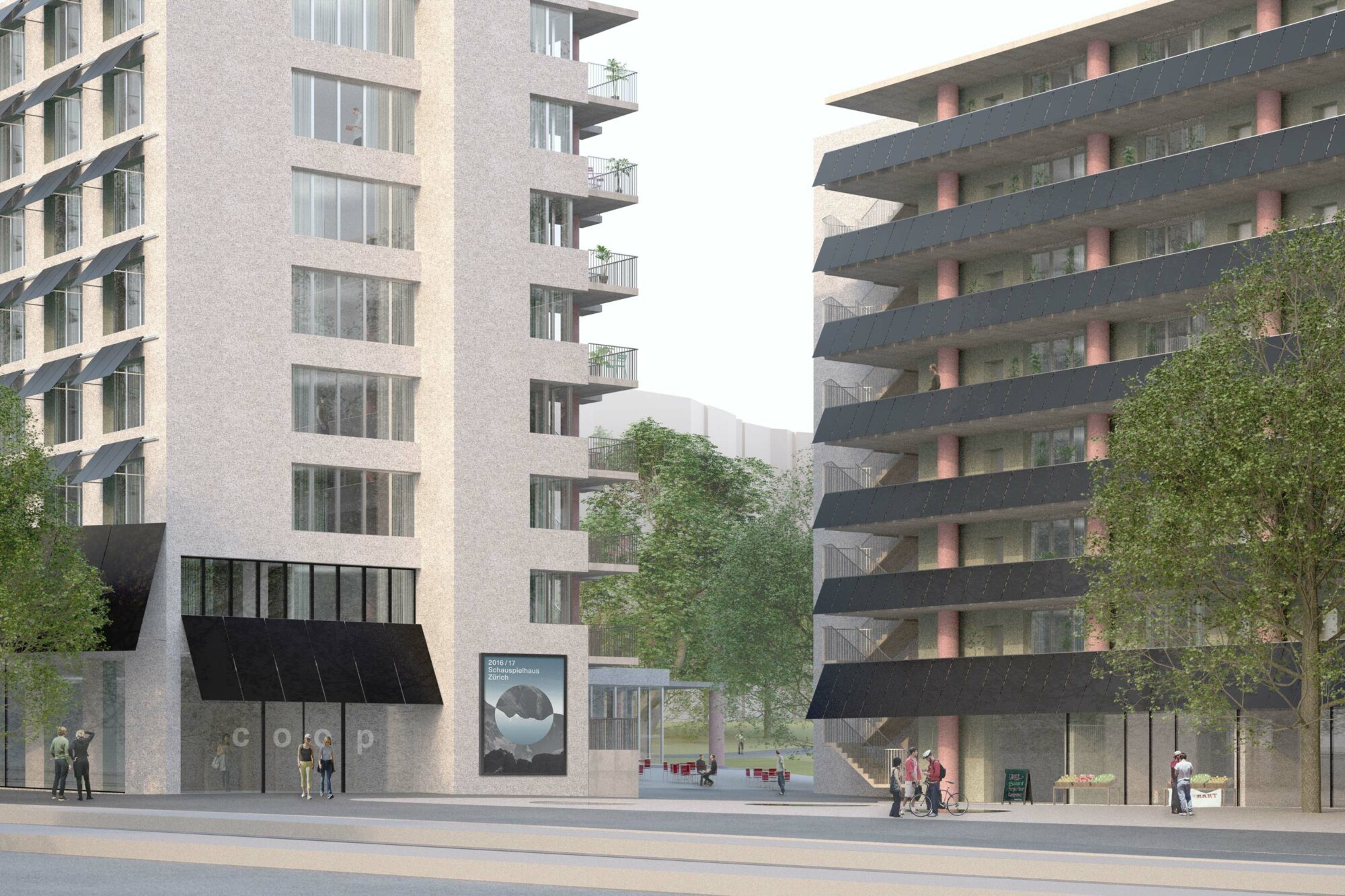 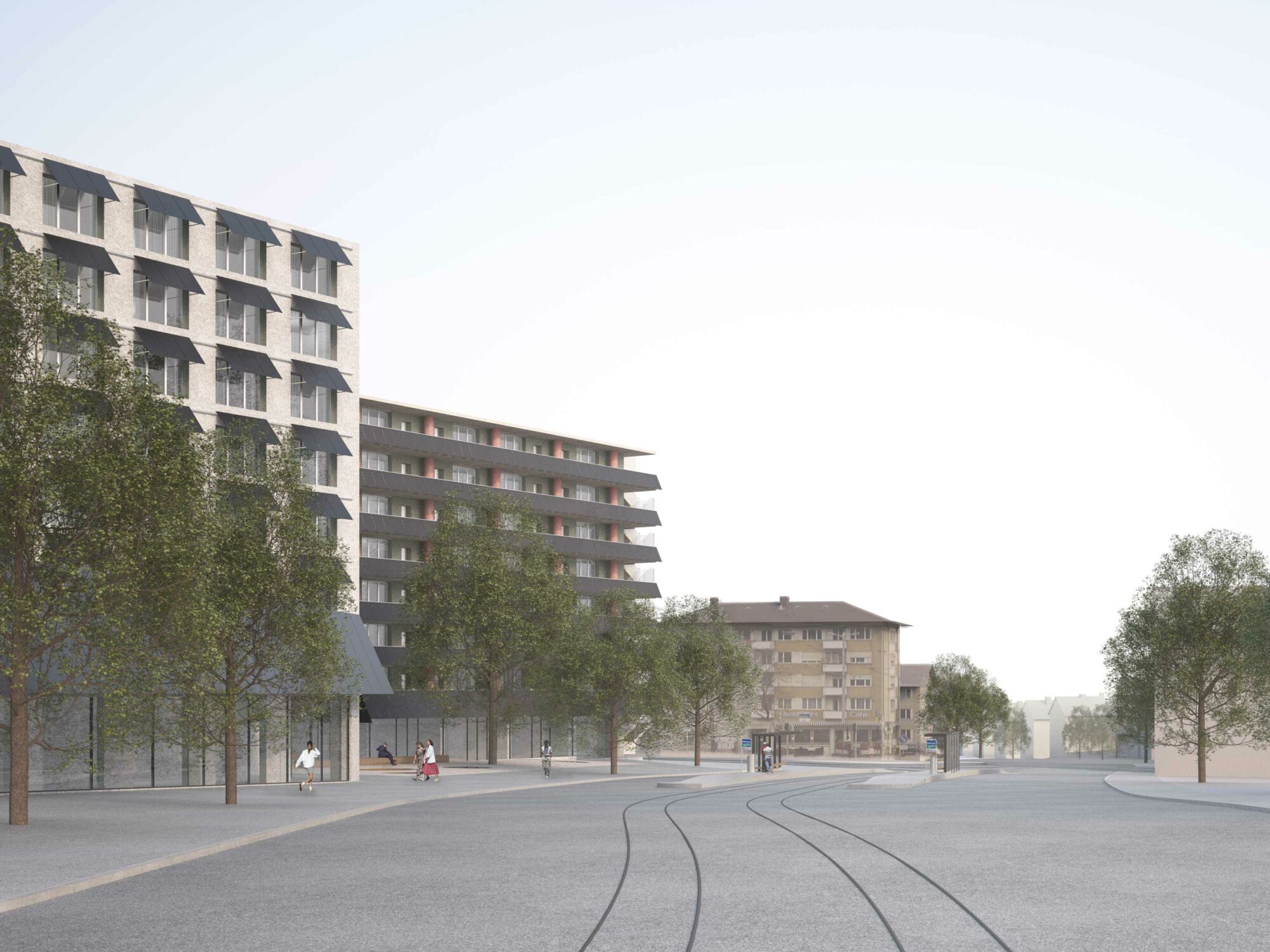 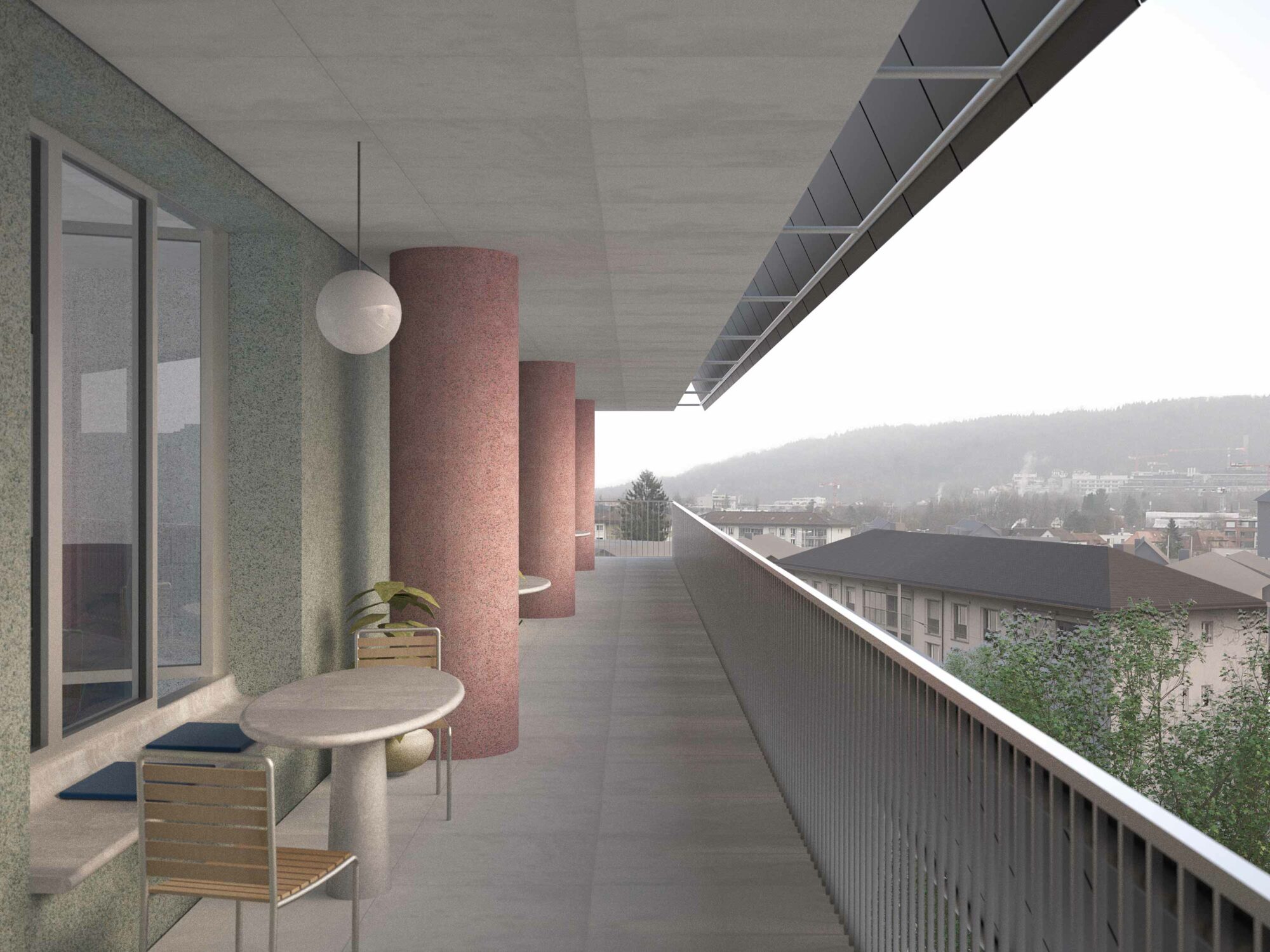 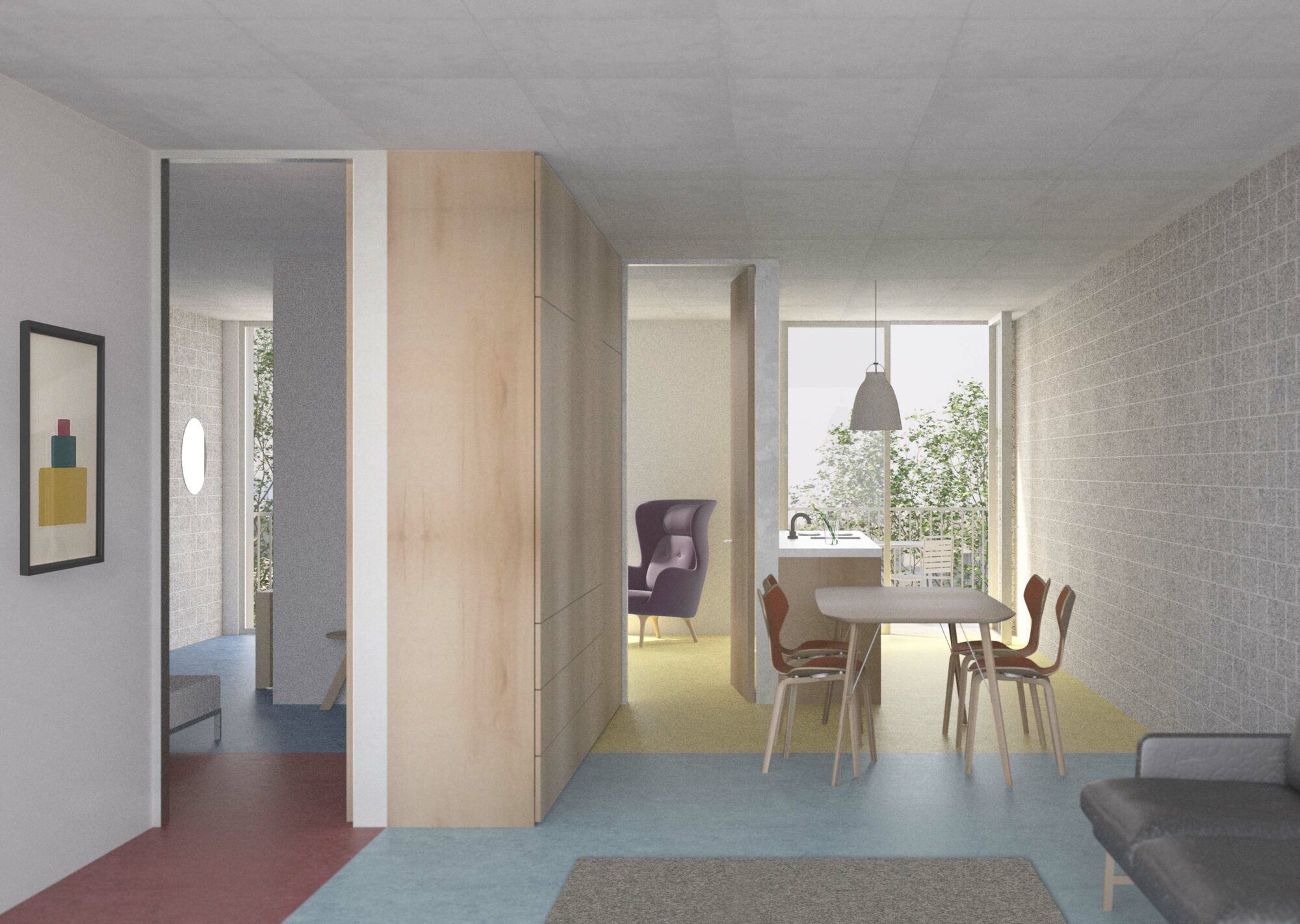 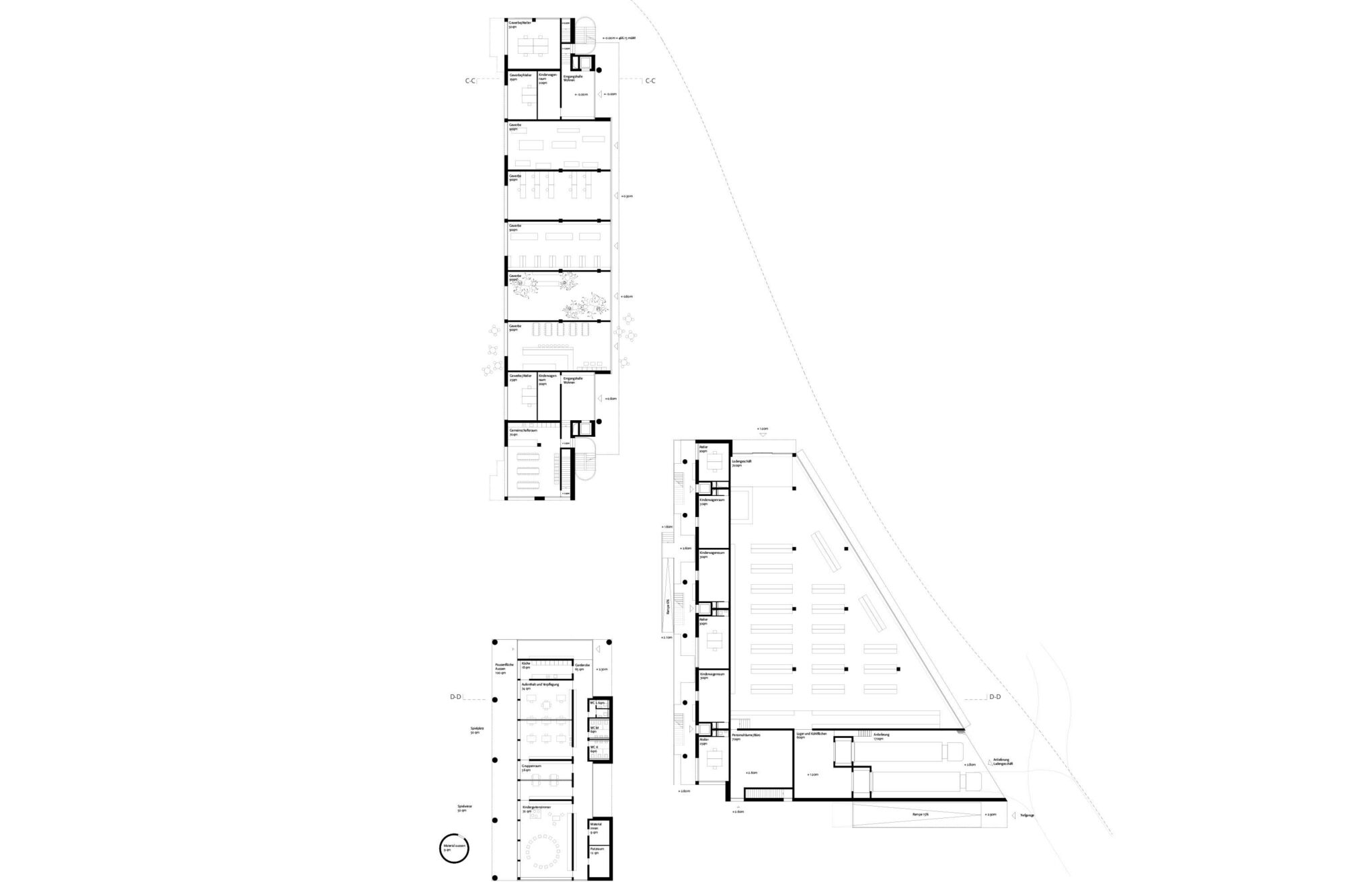 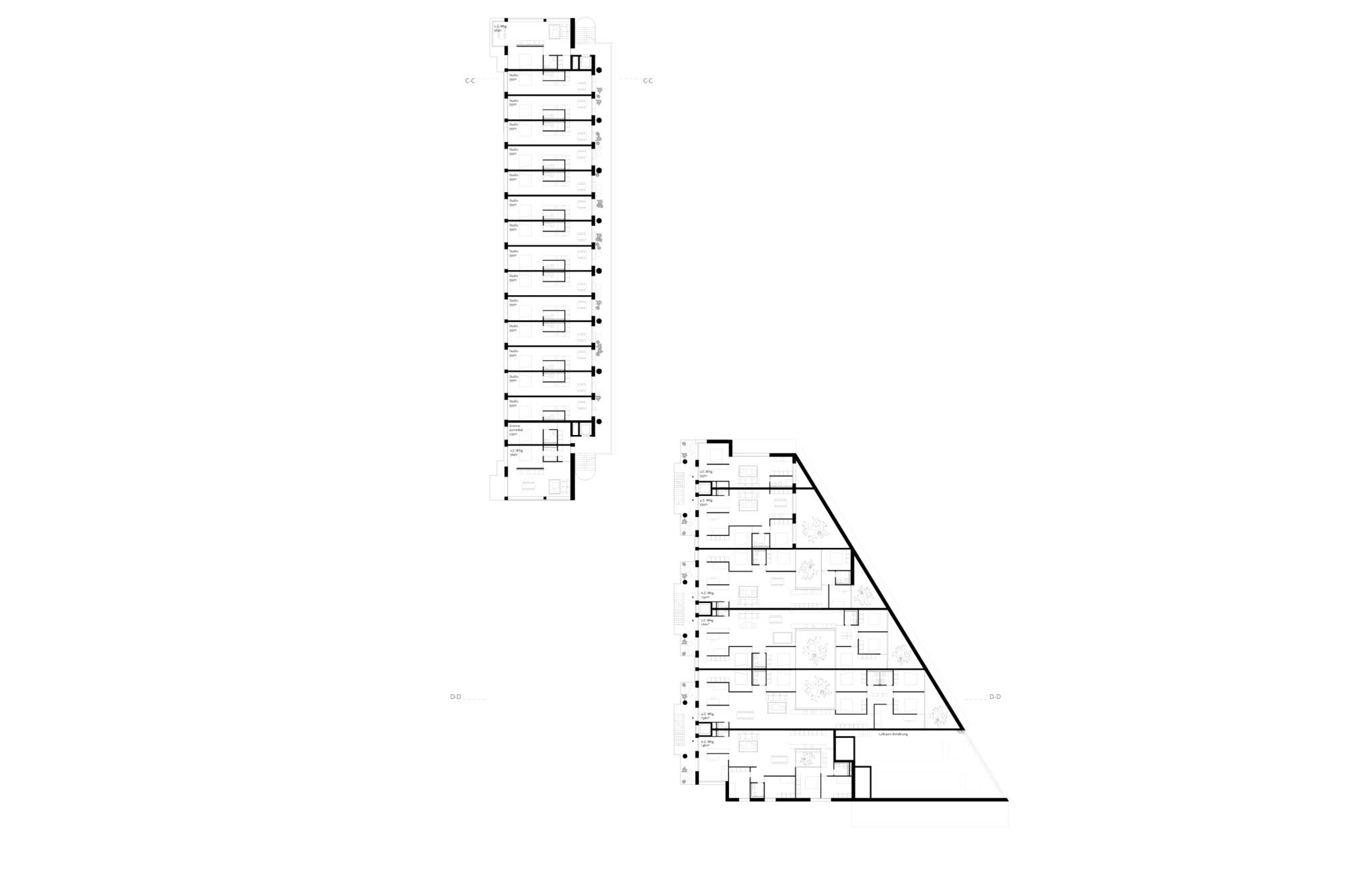 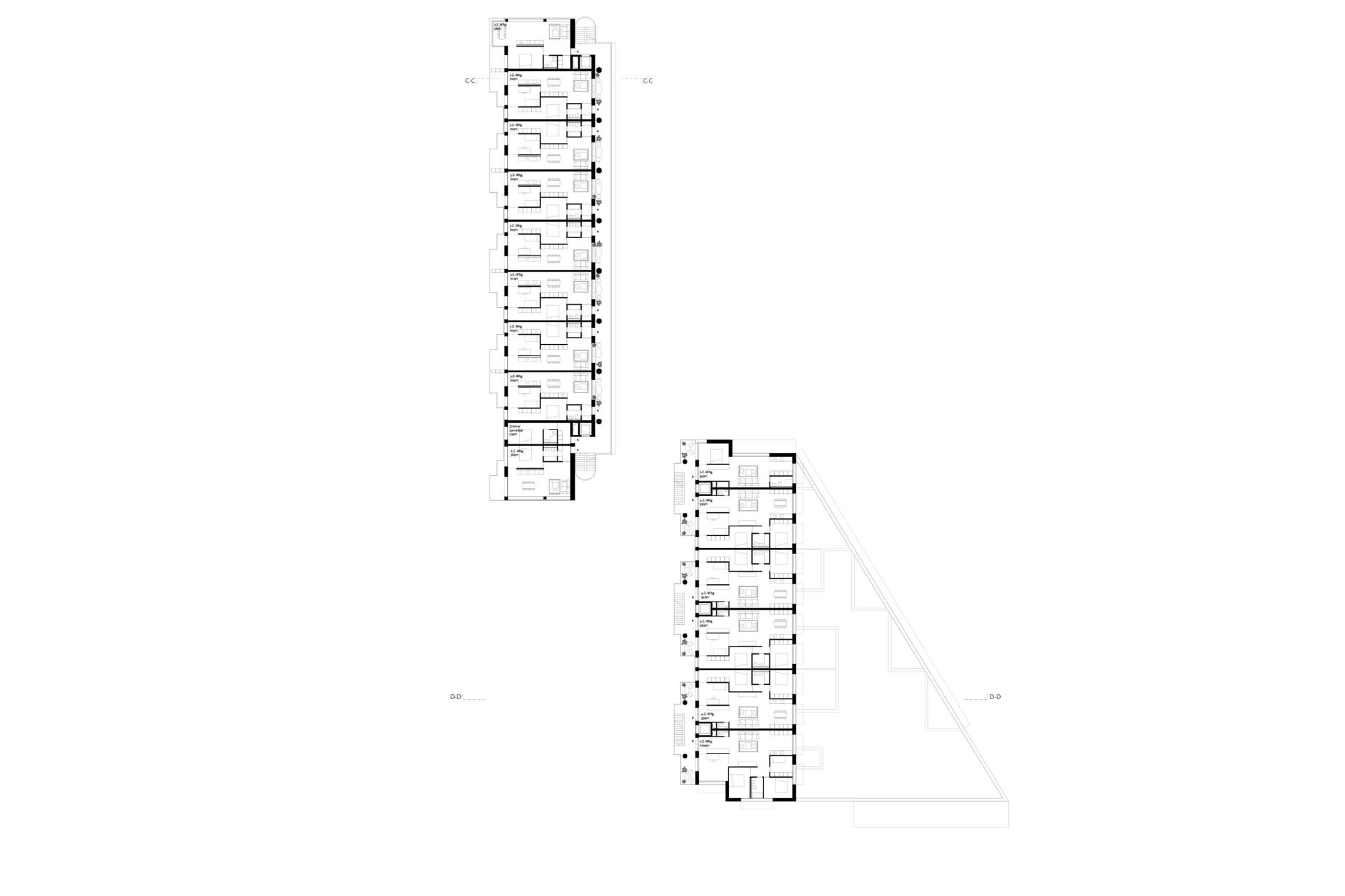 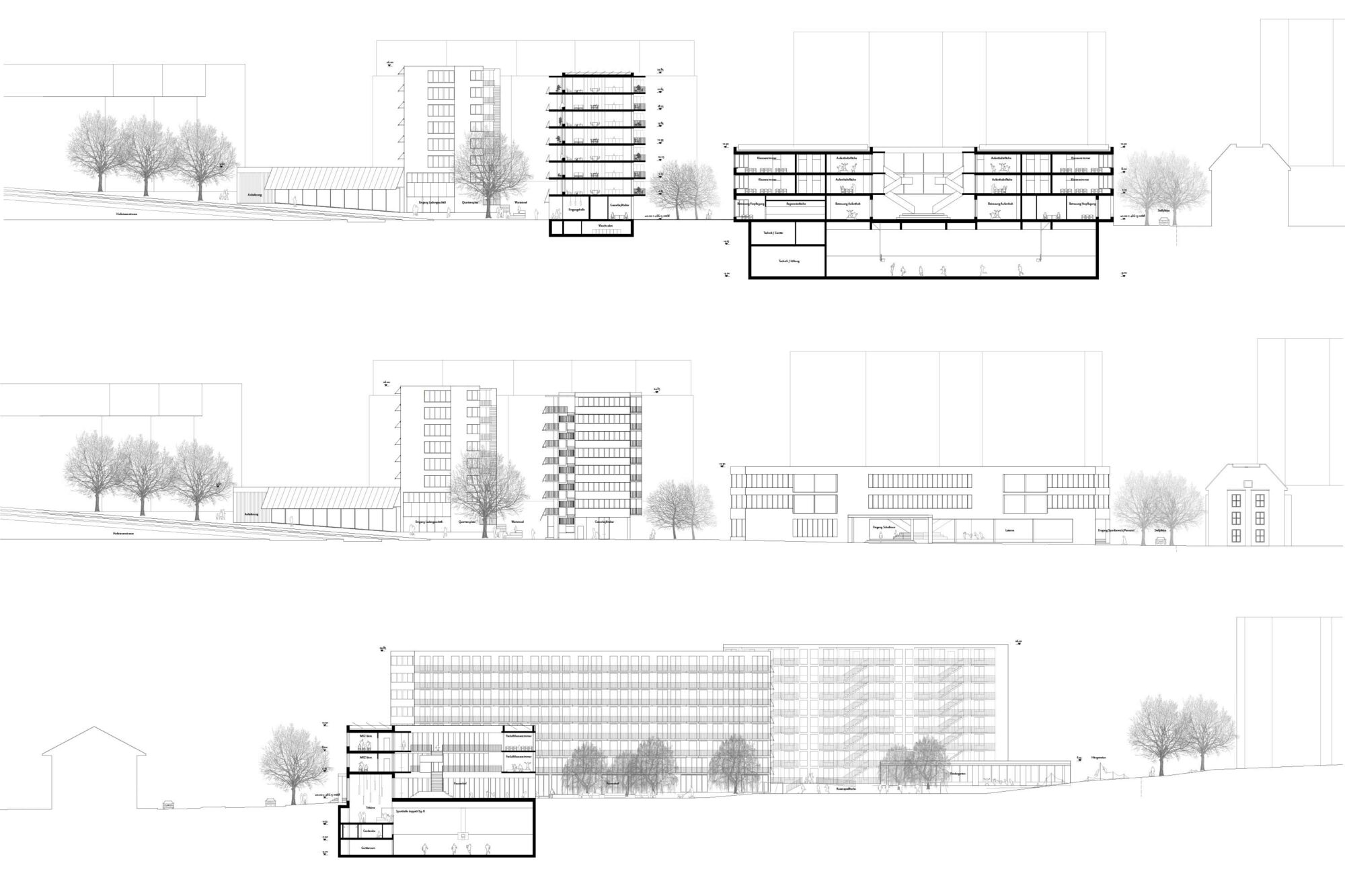 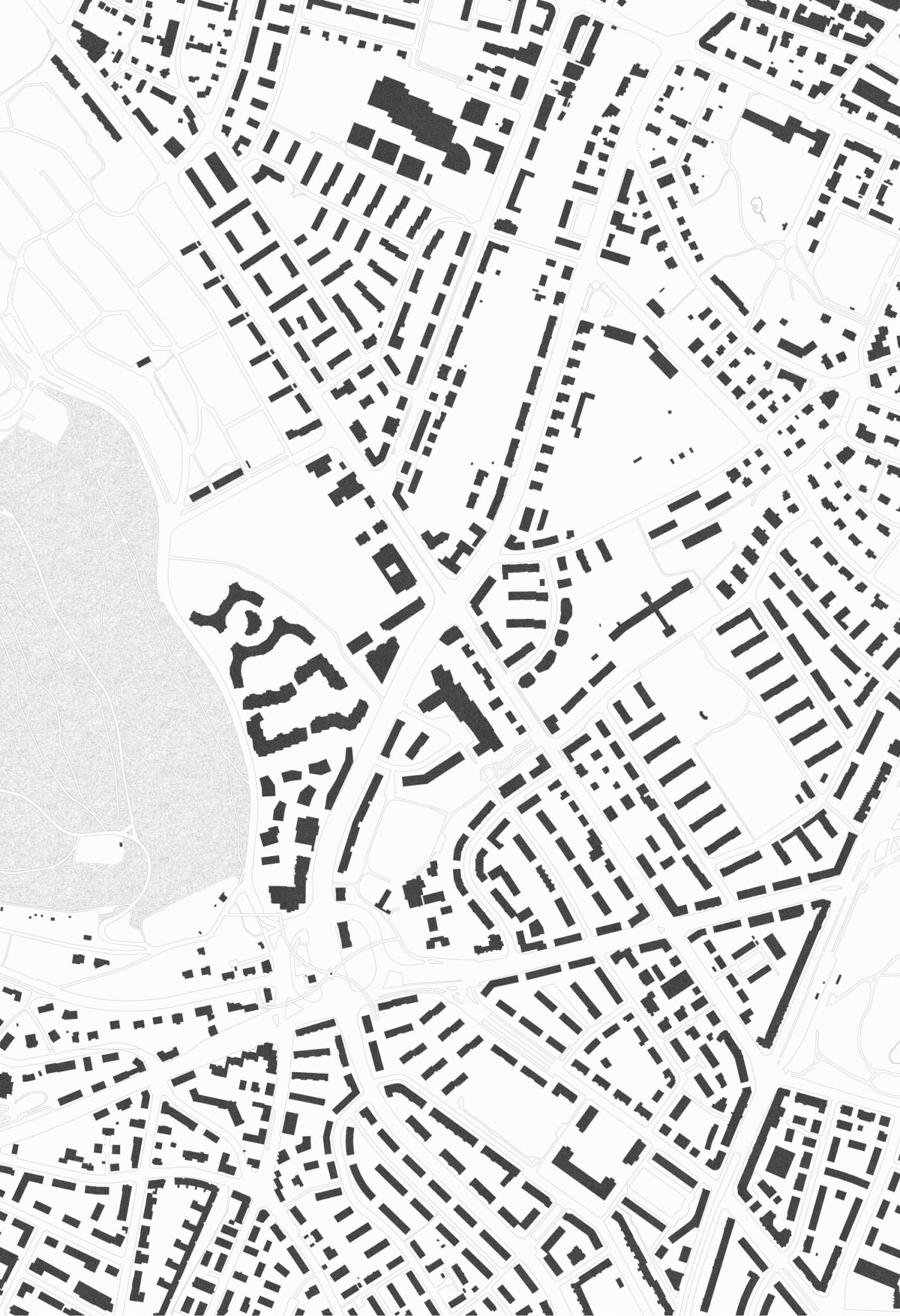